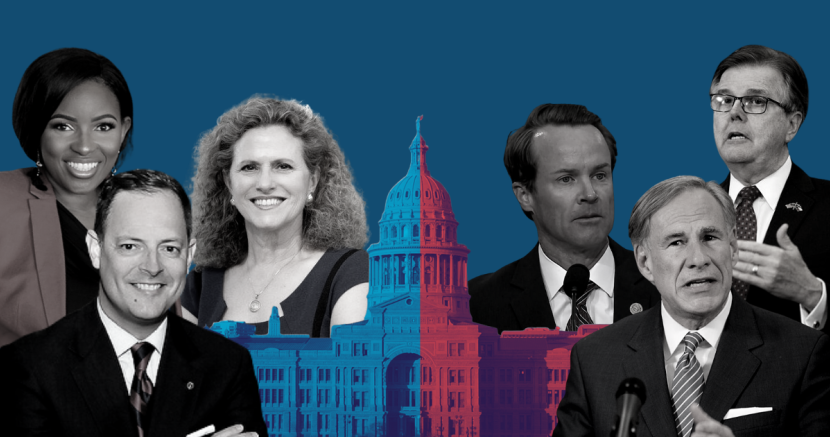 Wesley Story
The session was terrible, but resilient progressives ducked the attacks and finished with a big win.

Not going to lie to ya, the 87th legislative session was terrible, one of the worst in history. Ask any decent person who’s been following the Texas legislature for a while, and they’ll tell you this session was just plain batty and downright cruel.

In the midst of a pandemic and following winter storm Uri, Republican lawmakers had the rare opportunity to deliver on two big *bipartisan* issues: expanding Medicaid and fixing the state’s collapsing energy grid. But of course they didn’t. No, instead they focused on  abortion bans, voter suppression bills, permitless carry, and attacks on trans kids. And whew, it was exhausting.

That being said, the session also highlighted the resilience of progressives in our state. Texans showed up and fought tooth and nail to try to stop bad legislation from moving forward. And even while being bombarded with attacks in all directions, we had a few wins along the way.

Here are the top 10 best and worst “moments” of the 2021 legislative session.

Thousands of Texans showed up this session to testify, protest, and speak out against voter suppression bills like Senate Bill 7, which would have disproportionately harmed people of color and voters with disabilities. That energy culminated in an unforgettable night at the Capitol.

On the last day that the GOP’s racist bill could pass, Democrats staged a walkout to break quorum and prevent a vote. Rep. Chris Turner, Chair of the House Democratic Caucus, texted his colleagues to “leave the chamber discreetly” and representatives began quietly leaving the floor. This was only the fourth time in Texas history lawmakers have broken quorum to protest the passage of a bill.

The heroic move by Democrats was a reminder to all Texans that there are lawmakers at the Capitol fighting to protect our democracy.

WOW. Dozens of Texas House Democrats walked out of the chamber to break quorum on SB7, Republicans’ voter suppression bill.

Only an hour and change until the session expires. pic.twitter.com/V8ojDV4EBj

Repro champions like Rep. Donna Howard and Rep. Gina Hinojosa showed strength and a commitment to the cause with impassioned floor speeches against abortion bans. The power of the movement also stood out at an abortion march on the last weekend of session where over 1,000 protesters sent a clear message to lawmakers: Don’t mess with Texans’ abortions!

Activists and legislators worked hard to stop discriminatory bills like SB29, which would have kept trans children from participating in interscholastic athletics, and HB68, which would have banned gender-affirming, life-saving health care for trans kids.

It was a moment of pure joy seeing allies and members of the LGBTQ Caucus waive trans flags on the House floor after hitting the midnight deadline that killed the transgender sports ban.

A number of criminal justice reform measures passed this session, including Javier Ambler’s Law, which bans police departments from contracting with reality TV shows, and Bo’s Law, which requires police to keep their body cameras active for the duration of an investigation. Parts of the George Floyd Act also passed as separate bills, but provisions were weakened. There is so much more to be done, but these were good first steps toward change.

In a powerful speech responding to a bill that threatened large cities (like Dallas) who supported the reallocation of police funds towards other social services, Rep. Jasmine Crockett told her colleagues that the bill did not address public safety or police accountability. It only served to punish underserved communities.

Although the fight still stands to expand Medicaid in Texas, Democratic lawmakers took important steps to expand healthcare access for many across the state.

Rep. James Talarico succeeded in passing a bill that caps the out-of-pocket cost of insulin and Rep. Toni Rose passed a law that expands Medicaid for pregnant people six months after giving birth or experiencing a miscarriage.

Shoutout to ⁦@RepToniRoseTX⁩ for passing HB133 that provides 6month extension of Medicaid coverage for mothers. Proud of you & glad to be partners with you. #txlege pic.twitter.com/FzeHJ8vrzj

The legislature also passed alcohol to-go this session, which will come in handy as Texans drink to forget the horrors of the past few months.

After bringing up voter suppression bill SB7 in his committee without notice and without allowing for testimony, Elections Committee Chairman Briscoe Cain replaced the bill’s language with text from his own anti-voter bill, HB6, to bypass debate.

This was just one of a number of shady stunts Cain pulled this session to push through racist bills meant to restrict access to the ballot box. And he wasn’t alone, other Republicans also changed rules to push through the bill in the Senate, and added language to allow judges to overturn elections.

After undergoing so many changes, SB7 became a Frankenstein-like monster of voter suppression with the worst parts of different bills thrown together in a racist piece of legislation. Rep. Rafael Anchía called attention to the bill's racist "purity of the ballot box" language in a powerful speech when it was first heard in the Texas House.

Our favorite part is when @ForHD65 says "This is absolute crap!"

We completely agree. This is not how the legislative process is supposed to work. #txlege pic.twitter.com/smjbl2cVCp

The law is one of the most extreme abortion restrictions in the country and was forced through the legislature by Lt. Gov. Dan Patrick. But regardless of whatever ban Republicans pass, abortion is still legal in Texas and people are always going to require access to abortion care.

The El Paso shooting, Sutherland Springs, Santa Fe, Midland-Odessa. Texas has been rocked by mass shootings, which is why Texans overwhelmingly oppose the permitless carrying of handguns - but that didn’t stop Gov. Abbott! Sure, he might have promised the people of Texas that he would do something about it, but he and the permitless carry bill’s author, Rep. Matt Schaefer, decided to pander to their far-right base and put Texans at increased risk of gun violence instead.

After passing both the House and Senate, the bill is on its way to Abbott’s desk and he’s said he will sign it.

Constitutional carry is moving in the #txlege.

Let's get it to my desk for signing. #2A #SecondAmendmenthttps://t.co/YkHA6l6cWK

Medicaid expansion had bipartisan support at the beginning of the session, but it never passed. Instead, Gov. Abbott and Speaker Dade Phelan succumbed to the whims of extremists and prioritized legislation that directly harms Texans. Free federal money left on the table, and for what?

Texas is the most uninsured state in the nation, and in the midst of a pandemic, expanding Medicaid and increasing access to affordable health care should have been the top priority for state leaders.

.@rossramsey writes: When this legislative session comes to an end, Texas will still have more uninsured residents than any other state, and a higher percentage of uninsured residents, too. The #TXlege could have taken a swing at that, but didn’t. https://t.co/TrQINh4YwU

The legislature spent more time debating voter suppression and “lawyers for fetuses” than it did on fixing the energy grid. Both Abbott and the conservative legislature had the power to do more, but refused. Now, reports are coming out showing the death toll from February’s crisis are higher than the state is reporting, and the state has little to show for it in the way of reform.

It’s like we’ve said before, Republicans love to say the government doesn’t work - and then they get elected and go prove it.

Republicans were the villains of the session, but we also have to call out Democrats who turned their back on Texans.

We’ve come to expect the worst from Sen. Eddie Lucio, but it is still worth noting that he’s an anti-abortion extremist who celebrated the six-week abortion ban being signed into law with a (not very diverse) group of Republican lawmakers in Gov. Abbott’s office.

In a petty, vengeful move, Rep. Harold Dutton revived the transphobic sports ban in his committee after admitting he didn’t know how many children it would affect and that his decision was in retaliation to his own bill dying the day before.