Discriminatory bills in Texas would deny rights to trans kids 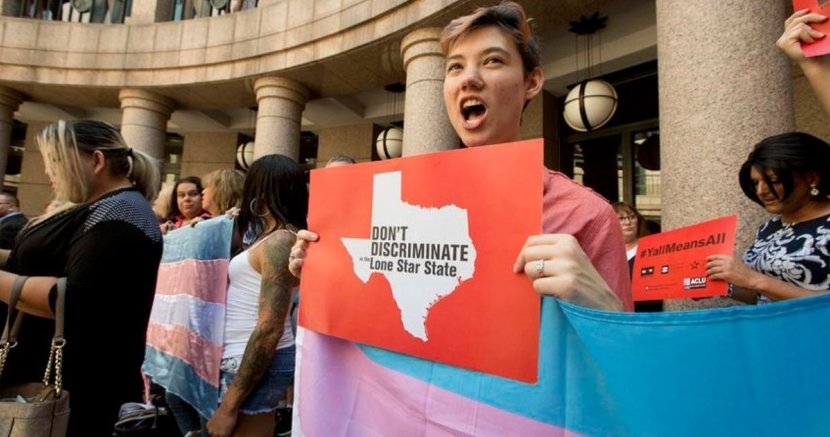 After the failure of the “bathroom bill” in 2017, Republican legislators are back again with a new slate of transphobic bills targeting trans youth in Texas.

Several bills have been filed that attack gender-affirming healthcare and trans youth participation in sports, part of a rising trend of transphobic legislation across the country. If passed, these bills would seriously harm the health and well-being of trans kids in Texas, at a time when transgender kids are already discriminated against for being who they are.

Transgender youth are not a problem, Republicans legislating against them is. These bills are pro-discrimination, pro-hate, and anti-science. Any attempt to harm trans kids in Texas needs to be fought at every turn.

In 2015 and 2017, Republicans manufactured controversy around transgender youth in bathrooms to push a transphobic agenda. Now, they’re repeating history with new legislation that would ban trans girls from competing in sports. SB 29, SB 373, and HB 1458 would keep trans children from participating in interscholastic athletics, taking away an essential part of childhood for many young kids in Texas.

These bills are based on the misconception that transgender girls have a competitive advantage in sports. However, there’s no evidence to support this claim.

The International Olympic Committee has allowed trans women to compete since the early 2000s, but no trans woman has won a single Olympic event. Twenty-five states already have laws that allow transgender athletes to compete, and studies have not shown that trans girls have a significant competitive advantage.

Sports bring immense value to childhood development. They allow kids to make friends, learn teamwork and cooperation, and improve their mental and physical health. Banning transgender kids from athletics is cruel, discriminatory, and unfair, and keeps trans youth from participating in an essential part of childhood.

These bills could also hurt any child who doesn’t fit conventional expectations of gender. Under these laws, any kid could be forced to undergo invasive tests to “prove” their gender, subjecting children to humiliation and long-lasting damage.

All kids deserve a chance to play. These bills are just another attempt from Republicans to push trans kids out of everyday life, at the expense of their mental health and well-being.

House Bill 68 and House Bill 1399 both deny gender-affirming healthcare for Texans under 18. HB 68, by Rep. Steve Toth, changes the definition of child abuse to contain blatantly transphobic language. Under Toth’s bill, a medical or mental health professional could be held legally responsible for child abuse if they “attempt to change or affirm a child’s perception of the child’s sex, if that perception is inconsistent with the child’s biological sex.” In other words, it would become practically impossible for a trans kid in Texas to get the gender-affirming and life-saving healthcare that they need.

Like the youth sports bans, these bills are not based in science. Every major medical association supports transition care and studies show that transition care saves lives every year. Gender-affirming healthcare is safe, essential, and a decision between a doctor and a patient. These bills are just meant to control peoples’ lives and bodies based on hate.

If passed, these transphobic bills would add to the stigma and discrimination that trans youth already face. Transgender kids in Texas experience disproportionately high rates of depression and anxiety. According to Texas Children’s Hospital, 51% of transgender males and 30% of transgender females (ages 11-19) have attempted suicide at least once. Even if these transphobic bills fail to pass, the fact that we have to fight them at all reinforces the alienation already felt by many trans youth.

Here’s personal testimony from Texans against SB 29, compiled by our friends at Equality Texas:

“Landon and Charlie (my transgender children) dread the start of the Texas legislative session in anticipation of bills that are meant to restrict their rights and discussions around these bills that make them less safe. This bill is another high profile political move that unequivocally tells all transgender Texans and specifically youth that they are not welcomed here.” - Aaron Richie, Missouri City

Trans kids should not have to show up to the Texas Capitol every legislative session to fight for their right to exist.

Like the Bathroom Bills in 2015 and 2017, these bills can be defeated. But it’s up to us to ensure that the rights and dignity of trans Texans are protected. Contact your representative and tell them to vote against all transphobic and anti-LGBTQ legislation that comes across their desk.