We can flip 5 anti-abortion districts in 2022 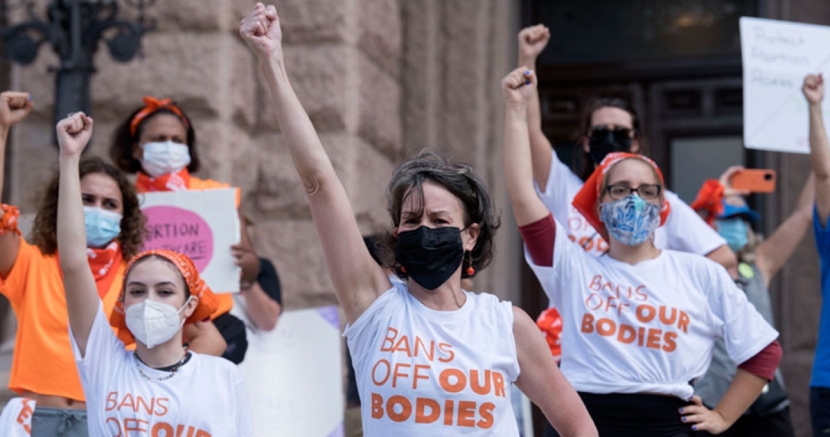 Our reproductive rights are on the ballot this November, and a handful of seats in the Texas Legislature are up for grabs. That means we have the chance to boot out some of the people responsible for passing Texas’ abortion bans.

This election is about reproductive freedom, and that’s why Republican candidates keep trying to change the subject away from abortion; we can’t let that happen. To remind y’all who voted for what, we offer a refresher on who exactly F-ed up the state of abortion rights in Texas. You’re welcome!

We can flip five anti-abortion districts in 2022; here are the districts, the vulnerable Republican incumbents and candidates, and their Democratic challengers:

The first abortion ban to pass in Texas last year was Senate Bill 8, which outlaws abortion after 6 weeks with no exception for those pregnant as a result of rape or incest. The law also incentivizes citizen bounty hunters, offering a $10,000 bounty to those who report someone for aiding in an abortion.

These are the Texas Legislature members who voted to pass that 6-week ban, triggering abortion bans nationwide:

The Austin American-Statesman lists them here.

The second ban we’re living under is the abortion trigger ban, House Bill 1280. The ban outlaws abortion from the moment of conception, without exception for those pregnant as a result of rape or incest. The trigger law makes it a second-degree felony for a person who performs, induces, or attempts an abortion, with the penalty increasing to a first-degree infraction if the abortion is successful. The law also adds a fine of at least $100,000 for each “offense.”

The trigger ban was passed in 2021 but went into effect just a few weeks ago after the U.S. Supreme Court overturned Roe v. Wade.

These are the Texas Senate members who forced the trigger ban into law:

These are the Texas House members who forced the trigger ban into law:

Of course, it wasn’t just the Texas Legislature that passed these bans. Statewide executive GOP officials played a huge role too. These are the incumbent candidates who aided in outlawing abortion in Texas:

Gov. Greg Abbott signed the abortion bans into law and, instead of calling for exceptions to the ban for those pregnant by rape or incest, he’s pushed Plan B as an alternative, completely ignoring the lived realities of survivors of abuse.

Attorney General Ken Paxton celebrated Roe’s overturn and triggered the enforcement of a 3rd, nearly 200-year-old abortion ban. When abortion justice funds and providers took him to court so they could defend our right to travel out of state for an abortion, Paxton literally ran away!

Only 11% of Texans support banning abortion in all cases, which is exactly what our state leaders have done. These GOP candidates are out of step with 9 out of every 10 Texas voters.

When our leadership is this out of touch with the reality of everyday Texans, it’s obvious that change needs to happen. We must elect pro-abortion candidates up and down the ballot — this is our best chance at restoring, expanding, and defending abortion access in Texas.

The fight to protect abortion access has been difficult, but we must be resilient. Commit to voting pro-abortion today by joining the RoeVolution at RoeVolution.org!

See who’s on your ballot at Vote411.org then, when early voting starts on Oct. 24, find your polling location at VoteTexas.gov. For information on Voter IDs, election deadlines, and more, check out GoVoteTexas.org. Happy voting, y’all!