Texas grid is still unreliable in summer with record-breaking temperatures 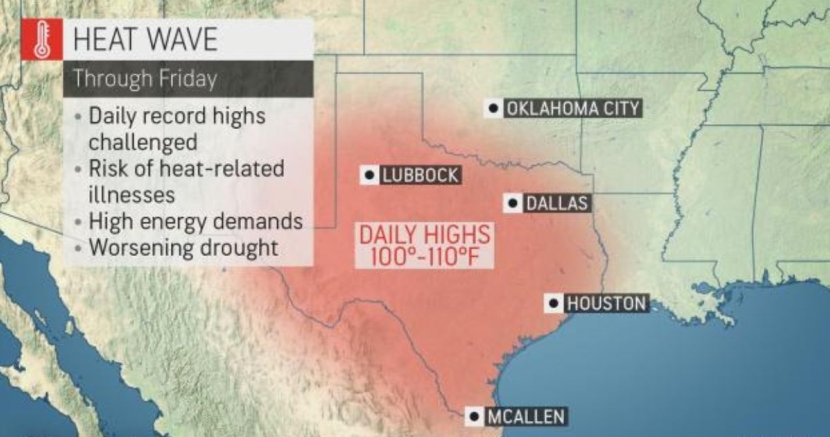 Emily Clark
Texans are paying the price for Gov. Abbott’s failures while trying to survive the heat.

If there’s one thing we’ve gotten used to in the last few months, it’s hearing that we have to pay more to use less. The trend started in February 2021 with statewide power failures. Regulators begged Texans to consume less energy, only to hike our electric bills up for decades to come, thanks to the Abbott Tax.

Now, we're seeing record-breaking triple-digit heat across the state. While power outages may not reach the levels they did during Winter Storm Uri, today’s temperatures are guaranteed to strain our grid. Each person turning down their thermostat by a few degrees starts to add up once you consider the 26 million other ERCOT customers doing the same thing.

Each time our energy needs spike, our electricity prices do too. Texas’ electric rates have surged over 70% beyond what they were this time last year. That means the average consumer could pay nearly $1,000 more this year on electricity. Considering inflation is higher than it has been in decades, such an increase could have a detrimental effect on many Texas families.

To make matters worse, the weather in Texas is getting more extreme each year. By refusing to update and better regulate the way Texas’ electric grid functions, Republican leaders are guaranteeing we suffer more every year (physically and financially). If the trend continues the way it is, our futures are looking very hot, very cold, and very broke.

Texas power grid leaders have said they’re confident the lights will stay on this summer, but, already in May, Texans were asked to conserve energy after six power plants went offline amid a heat wave. Given all of the broken promises from Greg Abbott and recent power outages across the state, Texans have no reason to believe our energy grid can handle these temperatures.

At least there’s one thing we can trust about GOP leaders: they’ll always work side-by-side with companies and corporations to ensure their high-dollar donors are pleased, even at the expense of Texans’ paychecks and safety.

Sen. Ted Cruz tried to blame the energy price surge on President Biden but, unsurprisingly, he stuck his foot in his mouth once again.

The impact of President Biden being beholden to the Green New Deal radicals in his party has electricity costs through the roof in Texas.
https://t.co/y7fNPZs9bX

The Green New Deal never passed and was never enacted. Texas has a separate power grid from the rest of the country, specifically to avoid federal laws. Plus, Republicans have been in power in Texas for nearly 30 years. They’re the ones who control our electricity prices.

There’s a reason we’re all Humans Against Ted Cruz: his foolishness could warrant nothing less. He’ll probably leave the state if temperatures get too high anyway.

This is going to be one of the longest, hottest summers we’ve seen in our state. That means preparing for the worst. Forecasters are urging residents to watch for signs of heat exhaustion, such as nausea, dizziness or flushed skin. In the case of an A/C outage, make sure to follow expert’s tips on surviving the heat.

If luck is on our side, maybe we won’t see outages in the coming days. Either way, Abbott has guaranteed our wallets will see the impact. He’s also guaranteed that every time temperatures rise or fall, our collective anxiety shoots up.

If you find yourself at home, sweating and without power, remember it’s Abbott who refused to fix the grid after the 2021 winter freeze. The power outages we’ve seen are preventable and it’s time we hold our governor accountable. We must vote Abbott out this year.