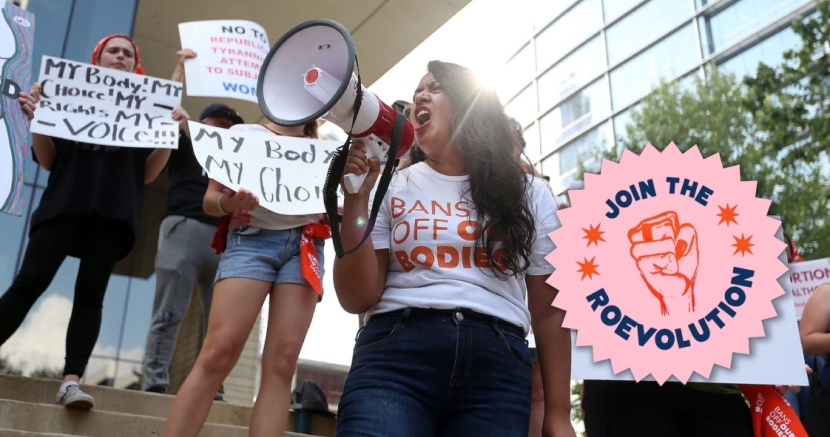 Arabella Cadena
Channel your anger into these actions that you can take to support abortion rights.

Last week, abortion advocates across the country mobilized in response to a leaked draft opinion showing that the Supreme Court will overturn Roe v. Wade. Conservative justices, headed by Justice Alito, plan to overturn 50 years of precedent signaling that legal abortion is only the first right to be stripped away.

Let’s be clear, only the timing of this leaked draft was a surprise. Texans are already living in a post-Roe reality, and it was only a matter of time before the rest of the country followed. Abortion supporters have been mobilizing and preparing for this moment. We are the majority — and together, we have the strength to form a massive resistance.

Here are some actions that you can take in the coming weeks to fight back:

On May 14, Bans Off Our Bodies is holding a national day of action. Visit bansoff.org to find the protest nearest you. There are already multiple rallies planned across Texas cities, with a central rally in Austin. This Saturday let’s show the Supreme Court just how many Texans are defiantly pro-abortion.

Donate to Texas abortion funds! Some of these include Jane’s Due Process, The Afiya Center, Lilith Fund, TEA Fund, La Frontera Fund, West Fund, Fund Texas Choice, and Buckle Bunnies Fund. You can donate to a particular fund or donate at needabortion.org, where your contribution will be split with 10 abortion funds doing the critical work of funding abortion in Texas.

Visit keepourclinics.org to support independent clinics. Indie clinics serve three out of every five patients in the U.S. each year who have an abortion. Donating money or time as a volunteer to an independent clinic is crucial to ensuring abortion access.

Carry your anger to the polls

Be vigilant and outspoken

Abortion is still legal! Right now we must all take the time to educate ourselves so that we can combat dangerous misinformation about reproductive healthcare. Don’t make the same mistakes as conservative and progressive lawmakers alike and conflate the morning after pill with medication abortion. Take your newfound knowledge and share it! Not only is saying the word abortion vital to the movement but so is having informed conversations.

The resistance isn’t built in a day. Progress Texas is working every day to keep Texans informed on the issues impacting our state. Whether it’s advocating for our rights or crafting messages to support the progressive movement, we’re here. Follow Progress Texas on social media, sign up to our email list, donate, and Join the Roevolution to stay on top of the latest abortion actions as we inch towards the day when the final SCOTUS decision is released.