Care, not criminalization: Texans can and should have abortions on their own terms 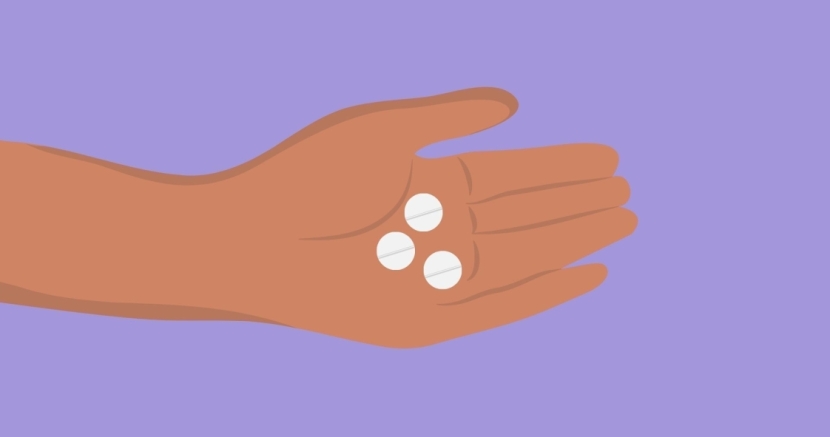 Following the recent abortion-related arrest in Starr County, here is a bit of information about self-managed abortion through medication.

Last week Lizelle Herrera, a 26-year-old woman in Starr County, was arrested and charged in connection with a pregnancy outcome. She was released from jail after South Texas abortion funds posted the $500,000 bail. Due to the hard work of abortion advocacy groups on the ground and only after the case received national attention did prosecutors finally drop the murder charges against her. Lizelle should never have been arrested. Self-managed abortion is not a crime in Texas, and no one should be criminalized for accessing crucial medical care.

We can’t let the recent arrest scare and confuse people who are seeking abortions in Texas. Here are the facts:

What is self-managed abortion (SMA) with pills?

Self-managed abortion using pills, also known as medication abortion, is a safe method of terminating a pregnancy up to 11 weeks using a combination of two pills—mifepristone and misoprostol. Essentially, abortion pills induce a miscarriage. In fact, there is no way a doctor would know that medication was taken unless it was disclosed.

Abortion pills have been FDA-approved for over 20 years and are very safe. Viagra and Tylenol are two common medications that most people don’t struggle to access. Yet, abortion pills are proven to be safer than both. Furthermore, SMA using these pills is effective and common. Studies have shown medication abortion to be 98% effective at terminating a pregnancy, and medication abortions account for more than half of all U.S. abortions.

Around the world, people are self-managing their abortions at home or somewhere they feel safe—with the control in their hands, surrounded by people they love, and with the support they choose. Self-managed abortion allows people to end a pregnancy on their own terms, and they should be able to do so without fear of being criminalized.

What does Texas law say about SMA?

Texas has some of the most restrictive laws in the nation on accessing medication abortion. It limits the provision of medication abortion solely to licensed physicians. Additionally, Texas requires the prescribing clinician to be physically present when the medication is administered, essentially prohibiting the use of telemedicine to prescribe abortion pills. In December 2021, SB 4 went into effect. Authored by Senator Lucio, SB 4 makes it a felony to provide abortion pills after seven weeks of pregnancy and makes it a crime to send medication through the mail. SB 4 completely disregards expert medical opinion—the FDA allows use for up to 11 weeks and recently lifted the restriction on abortion pills by mail. The American College of Obstetricians and Gynecologists, the American Medical Association, the American Public Health Association, and the American Bar Association have all publicly opposed the criminalization of abortion. The American Bar Association states, “Given the safety and efficacy of abortion pills, the threat to people who self-manage abortions is no longer a health risk. Rather, the risk is the threat of criminal punishment for the exercise of their human and constitutional rights.”

Neither ending a pregnancy nor losing a pregnancy is a crime under Texas law. Both SB 4 and SB 8, the Texas six-week abortion ban, explicitly state that the pregnant person who received the abortion is not criminally liable. Instead, the laws targets doctors and other individuals who help pregnant Texans receive abortion care.

Despite the charges being dropped, Lizelle’s case could have a chilling effect on pregnant folks pursuing self-managed abortions in Texas. This is exactly what anti-abortion politicians want and that’s why Texans need all the facts they can get. Abortion bans sweeping the nation are not the end, anti-abortion politicians seek to criminalize people who obtain abortions, and overturning Roe puts them one step closer to achieving their goal.

Texans must oppose policies that expand the jurisdiction to criminalize and surveil pregnant people and their pregnancy outcomes. The charges against Lizelle being dropped do not mean the struggle is over. Jail isn’t the only indicator of harm, and her arrest can have repercussions on her personal life and future.

Laws that criminalize folks for self-managing abortions also intimately affect those who spontaneously miscarry. Cases like Lizelle’s aren’t new—from 1973 to 2005 there were at least 413 cases in which a person’s pregnancy or pregnancy outcome was a determinative factor in their loss of liberty, and the number has only increased. The threat of criminalization deters pregnant people from seeking the medical care they need. Laws like SB 4 and SB 8 incentivize doctors and healthcare professionals to disclose pregnancy outcomes to law enforcement. No matter the pregnancy outcome, all pregnant people deserve care, not criminalization.