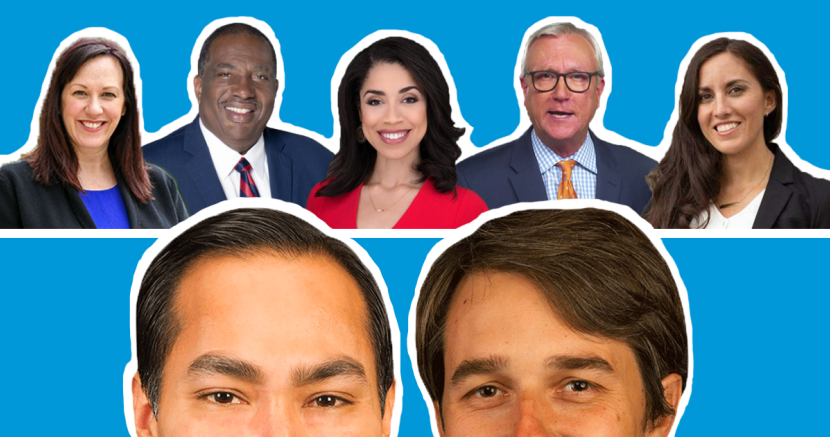 The Federal Elections Committee website was updated on Oct. 15 with all third quarter (Q3) numbers for federal candidates. Democrats are mostly in respectable positions:

For context, then-Senate candidate Beto O'Rourke raised $1.7 million during Q3 of 2017, more than a year out from his general election match up with Ted Cruz and more than any other individual in Q3 of 2019. However, O’Rourke had little to no fundraising competition two years ago, and now we see five Democrats in 2019 who have raised a combined $2.8 million, which is a good sign of Democratic enthusiasm.

But John Cornyn is sitting on top of a pile of money, and that's a reality that Democrats will have to deal with for the entirety of the 2020 cycle. It’s because of his fundraising that we have to expand our view of the field.

In the race for president, O'Rourke raised $4.5 million with a little more than $3 million cash on hand, and Julián Castro posted $3.5 million with $672,000 cash on hand. They were 9th and 10th overall in the presidential money race, but with a canyon-size gap between them and the financial front runners Bernie Sanders and Elizabeth Warren, who raised roughly $25 million each and also have that much cash on hand.

That’s a significant barrier because getting into the next presidential debate just got harder; now that the October Democratic debate is over, there's a higher bar to entry for candidates to qualify for the November and December debates:

O'Rourke and Castro have both met the new donor benchmarks, but they have not met the polling thresholds, while eight other candidates have qualified.

In order for them to strengthen their poll numbers, they'll need to spend time and money in the early states of Iowa, New Hampshire, Nevada, and South Carolina, which could be problematic for both. For O'Rourke, it would mean a change in campaign strategy that has taken a broad focus beyond early states. For Castro, it might mean getting up on TV at a time when he’s left with very little money in the bank.

What does this all mean for the 2020 Senate race?

We love our Texas presidential candidates but let's be real, this type of fundraising makes it tough to compete against the likes of Warren and Sanders, and even Pete Buttigieg and Kamala Harris. However, $4.5 million and $3.5 million are still strong postings for a U.S. Senate race, but O'Rourke has ruled out a run for Senate and so has Castro.

As it currently stands, Texas Democrats have a compelling field of candidates; we are particularly impressed with Amanda Edwards, MJ Hegar, and Cristina Tzintzún Ramirez. Whoever wins the Democratic nomination will need substantial help with fundraising, and we feel the Texas presidential candidates should feel an obligation to lend their fundraising base to support the nominee.