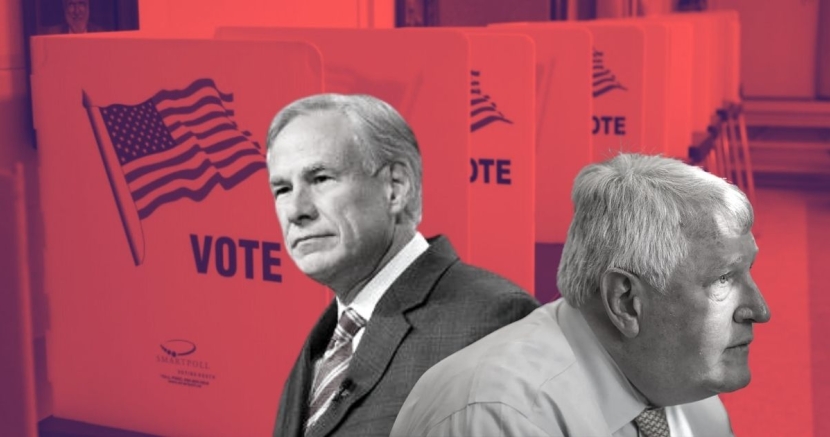 Emily Clark
The Secretary of State’s secret voter purge is targeting naturalized citizens and has unregistered thousands of voters.

Several voting rights groups, including the ACLU of Texas and MALDEF, are suing Texas due to the Secretary of State office’s refusal to turn over documents related to their newest “voter purge” effort. Under the direction of Texas Secretary of State John Scott, the office flagged 11,197 registered voters as potential noncitizens then forced county elections departments to send warning letters to every one of those people. If those contacted didn’t mail proof of citizenship within 30 days, they were automatically unregistered to vote.

Almost immediately, counties noticed that the list the Secretary of State sent them included an overwhelming number of wrongly-flagged U.S. born and naturalized citizens. This is a scaled-down repeat of what happened in 2019, when Gov. Abbott prompted former Secretary of State David Whitley to prosecute almost 100,000 legitimate Texas voters based on faulty data.

The previous program relied on data from driver’s licenses and other records from the Department of Public Safety, despite the fact that most of the DPS’ information was outdated. As a result, thousands of naturalized citizens were threatened to be unregistered. After a district court found the program unlawful, Texas agreed to reform the purge process so that naturalized citizens wouldn’t be falsely flagged.

From what we can tell, that “reform” has been limited. If Scott’s office was using data diligently, we wouldn’t be seeing thousands of legitimate Texas voters getting removed from the rolls. Scott’s refusal to share documents relating to the program, a violation of the National Voter Registration Act, only makes things more suspicious.

As with almost every Republican attack on our voting rights, the clearing of naturalized citizens from voter rolls disproportionately affects Black, Latino, and AAPI voters. In the words of Ezra Rosenberg, co-director of the Voting Rights Project for the Lawyers’ Committee for Civil Rights Under Law:

“It seems that Texas is incapable – or worse, unwilling – to learn from the past. Racial and ethnic discrimination in voting has been a sad part of Texas’s history continuing in the present. And discriminating against naturalized citizens falls into this unfortunate pattern.”

This latest voter purge follows the passage of Texas’ new anti-voter law, which has already caused issues for even the most diligent of voters. Despite mounting evidence against them, Texas Republicans continue to play innocent by insisting their attack on voting rights is purely based on ensuring “election integrity.”

If that were true, they would have kept voting laws the way they were, since no widespread voter fraud was revealed in Texas following the 2020 elections and over 94% of voters felt voting in that election was easy. Instead, Republicans in the Texas legislature condensed voting hours, added unnecessary requirements for voting-by-mail, and limited drive-thru voting.

Texas’ election system is infected by far-right politicians vying to please Trump and his base. That’s why Abbott chose John Scott as Texas’ Secretary of State in the first place. He is another tool in Abbott’s belt, helping to push the Republican voter suppression agenda.

Given the severity of the situation in Texas, we urge Congress to reconsider passing voting rights legislation. Their previous two attempts have been shot down because of fifilibusters by Senate Republicans, but that doesn’t mean the fight should stop. Voting rights should be a nonpartisan issue. Every U.S. citizen deserves the right to vote, regardless of whether they were native-born or naturalized.