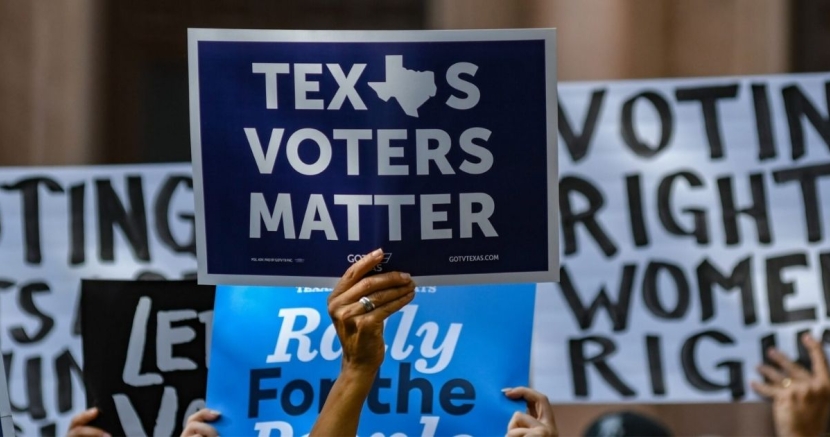 Glenn W. Smith
Voter suppression in Texas is no accident.

When Gov. Greg Abbott and the Republican-dominated Texas Legislature passed its sweeping anti-voting bills, they argued, laughably, that it was all about “election integrity.”

Now that the fully intended consequences of the GOP war on the freedom to vote are visible for all to see, they are blaming others. Of course they are, because Abbott and his cronies believe they are infallible, like little political Popesters.

Let’s look at new rules – better to call them barriers – involving voting by mail. Backers of the anti-voting bill, known as SB 1, were told during debate that including unnecessary requirements that a state ID number or Social Security number be added to applications and then matched would create voter confusion and a bureaucratic nightmare that would ultimately disenfranchise voters.

Sure enough, the barriers to voting by mail have led to the rejection of massive numbers of vote-by-mail applications from qualified, registered voters. Abbott’s office blamed local election officials “erroneously interpreting the law.”

Republicans around the country passed anti-vote by mail laws with the expressed purpose of diminishing its use. These intentionally-created barriers to mail ballots were loudly debated during the 2021 legislative session, and now the Texas GOP wants to pass the buck to others or pretend it is all some kind of unavoidable bug in the system.

The truth is, the Republicans are the bugs in a system that we once hoped would guarantee the freedom to vote. Like anti-democratic termites, they are eating away at the foundations of American democracy while telling us they are harmless sugar ants.

Meanwhile, other provisions of the law have led to the disenfranchisement of a significant number of registered, qualified voters for failing to return mail asking them if they are citizens. This is known as “voter caging,” which the Brennan Center calls “notoriously unreliable.”

By analogy, how would we like a law that allowed, say, an automobile dealer to send you a letter calling you the proud owner of a new model car, explaining that unless you return the letter within 30-days you will be charged $50,000. We may not even know it happened until our failure to pay showed up on our credit reports. Voter caging is to democracy what the car dealer practice would be to consumer protection.

Once again, Republicans intended to knock eligible voters off the rolls with this scheme. If they’ll admit it’s a feature not a bug of their anti-voting legislation, I’ll quit calling them termites.

There has been considerable coverage of the Republican assault on the freedom to vote. The Houston Chronicle series on voting rights is a great place to start.

The point here is to call the culprits out for pretending they robbed the bank by accident. Theirs are crimes against democracy, crimes they set out to commit, crimes they are patting themselves on their backs for getting away with.