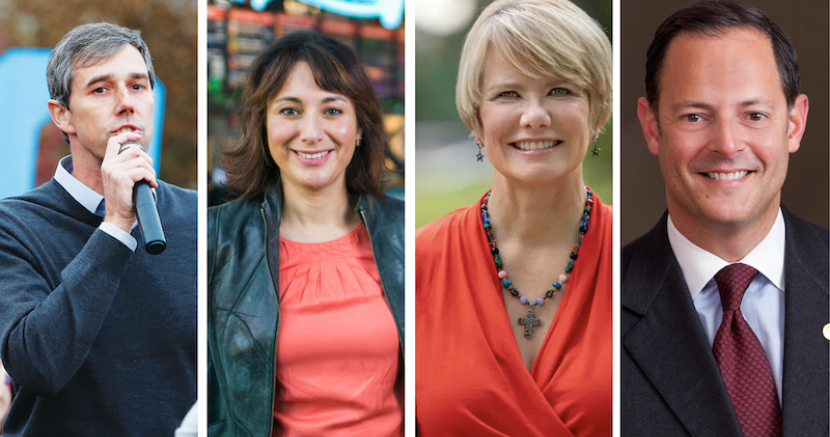 Beto O’Rourke has teased that he may run, but the indecision is creating a logjam

It’s August and we still haven’t seen any big-name Democrats declare for governor. And while we have a looming redistricting battle on the horizon this fall - and the all-but-certain court battles that will follow - our primaries could get pushed back. But if the current schedule does hold, we’ll have a March primary with candidate filing that will open in November and close in December.

So let’s take a look at the candidates who could run, either because they’ve expressed interest or because they are worth considering. Back in January, Progress Texas published an article offering our way-too-early, non-comprehensive, and completely biased look at Democratic candidates for governor, naming about 30 different people. I’ve scaled down the list here in August based on candidates who have ruled themselves out (Julian Castro, Sylvester Turner) and added others who I think are compelling to add to the mix.

FIRST - The Beto O’Rourke factor, will he or won’t he?

Beto is thinking about running for governor, and while we can make an argument for other candidates, particularly women and candidates of color, the reality is that, right now, few other Democrats have Beto’s name recognition and his ability to raise money. He holds tremendous leverage in the race and could clear the field.

The clock is ticking. Here in 2021, Beto’s got enough momentum to jump in at any time and be fine. But the problem is if he doesn’t jump in. For any other candidate to build an organization they are going to need time - but the potential candidates that I have spoken to over the past few months, and there have been more than a few, are not going to jump in if he’s still mulling things over. We can call this the “Beto logjam.”

SECOND - On the other hand, Democrats have declared late in the last three gubernatorial elections and what we’re seeing is normal.

In the 2018 election, Lupe Valdez declared on the last day of filing in December of 2017. And while it was all but certain that Wendy Davis would run in 2014, she didn’t formally enter the race until October of 2013. And way back in 2009, Bill White jumped into the race after Thanksgiving of 2009. But all of those candidates lost and the races weren’t close. We can blame those losses on lots of things, bad election years, bad turnout, bad demographics. But surely starting late didn’t help.

When Beto ran for the U.S. Senate in 2018, he kicked off his campaign almost two years ahead of the election. Thus it might not be a coincidence that the benefit of time also made his race the most competitive in a generation.

(Side note, while our candidates should declare early, I believe that our primaries should be pushed back six weeks to allow more time to recruit candidates in local partisan offices and more time to register voters. For more on this topic as well as how we can get rid of runoff elections, click here.)

THIRD - Gov. Greg Abbott has $55 million in the bank and he will have a lot more. We probably won’t match his eventual total campaign spending, but for Democrats to hang with him they have got to start early.

The good news here is that the Gov ain’t exactly popular these days and he’ll need a lot of that money to fix his own sagging image. In addition, many Republican voters are older and thus the way to reach them is through TV buys making their political economies more expensive. Democrats aren’t exempt from TV, but they aren’t as reliant on it either.

Top Dawg
Beto O’Rourke, in a league all his own.

Castro and Veasey served in the State Legislature before both going to Congress in 2012, rounding a firm grasp of government at the state and federal level. Allred and Escobar were both elected in 2018 and have made impressive names for themselves in a short time.

The County Judges are the true heroes of the pandemic, doing everything they can to keep their communities safe. And while Lina Hidalgo and Clay Jenkins have grabbed the headlines over the past year (deservedly so), Canales is a professional from the energy sector who ran successful campaigns in one of the hardest regions of the state for Democrats. I met her during the 2018 campaign while managing a statewide race, she’s whip-smart and suffers no fools, and should be on your radar.

It’s no secret that Progress Texas are huge fans of Rafael Anchia and Gina Hinojosa, both for their progressive bonafide and their legislative work ethic. But the larger list of names shows that we have many candidates who are capable of guiding the state. Nicole Collier and John Bucy have been key players in the fight for voting rights, Donna Howard was a Democrat winning in the suburbs before it was cool, and State Senator Sarah Eckhardt and former State Senator Kirk Watson bring a mix of local and state experience that would be welcomed in a statewide race (full disclosure, Eckhardt has told me she’s not interested, and Watson for some reason is thinking about serving as mayor of Austin again).

Chrysta Castaneda previously ran for Railroad Commissioner and her name has been floated as a potential candidate for governor. She’s an attorney in the energy sector and has a firm grasp of the problems plaguing our state - she would take Abbott to the woodshed (which is why he’d be crazy to debate her). Mike Collier is running for Lieutenant Governor again, why not run for gov and then drop down to LG, Mike (and in 2014 he ran one of the funniest campaign ads of the year). Kim Olsen is a former Air Force Colonel who has held local office in Texas and previously ran for Agriculture Commissioner.

Wild cards
San Antonio Spurs Coach Gregg Popovich, who has been outspoken on many occasions, and actor Matthew McConaughey, who teased the idea earlier this year but has been quiet about it ever since. Pop is admittedly a far-fetched idea, and I guess McConaughey will have to let us know if he’s gonna run or if he’s gonna just keep livin’.