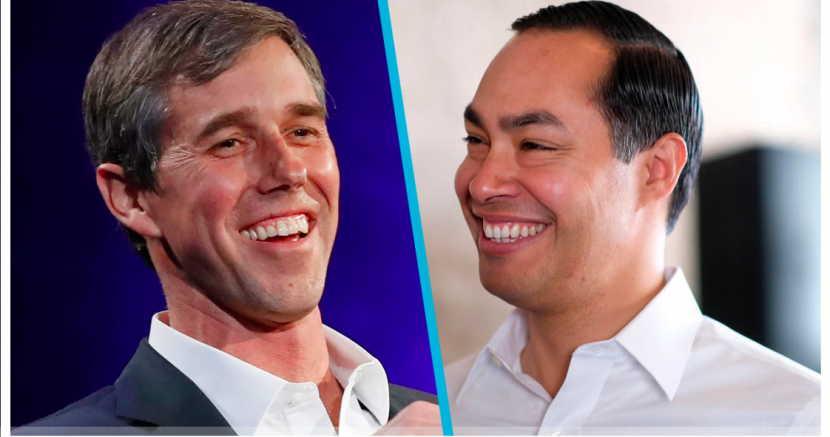 After what feels like the longest presidential campaign in history, the 2020 election is (finally) in our rearview mirror. And if you’re a Texas voter, that means you’re just in time for the next election! That’s because our way-too-early primary election is merely a year away, with early voting starting in February of 2022 and the primary itself scheduled for the first Tuesday in March.*

Beto O’Rourke made news this week, in responding to a question about running for governor next year, when he said “it’s something I’m going to think about.” It shouldn’t come as much of a surprise, Beto has statewide name recognition and has proven that he has the ability to raise massive amounts of money - he raked in $80 million during his US Senate race which was the closest Texas contest in 40 years. And consider that a race for governor has no campaign finance limits, whereas federal contributions were capped at $2,700 in the 2018 election, and he could be in for a lot more in a future race.

But when the subject of flipping Texas comes up, Beto’s name isn’t the only one mentioned.

Former San Antonio Mayor and US Secretary of Housing Julian Castro is also frequently mentioned. His name recognition rivals that of O’Rourke’s, and he’s built a nationwide fundraising network in the aftermath of a presidential campaign - an effort left him more popular than ever at home in Texas.

Even after a 2020 election in which both parties held steady in their positions, Democrats are fortunate to have two well-known names in the mix for 2022.

Can Democrats really flip Texas after a flat performance in 2020?

The short answer is yes. Democrats have been narrowing the statewide margin in Texas in every presidential election over the past decade. Starting with a 12-point gap in 2012, narrowing to 9-points in 2016, and trimming down to a margin of 5.8 in 2020. That’s a trend that’s holding over time and heading in the right direction, but it will take a combination of the right candidates, fundraising ability, and political climate to achieve a tipping point.

The long answer is yes, and it remains to be seen whether two-term governor Greg Abbott will run for a third term (Texas does not have term limits). He holds a perennial $40 million cash-on-hand, but he may choose to convert those dollars to a presidential run in 2024. Similar to Abbott, nearly every other statewide office is held by a two-term Republican incumbent and an opening at the top could create a domino effect in which the rest of the ticket suddenly becomes more competitive.

Are there others that could run? Well speculation isn’t fun without a list!

I’ve taken the liberty of drafting a completely biased and non-comprehensive list of people who could run as Democrats in 2022 for either governor, or a host of any other statewide offices. Here we go…

*This of course all depends on any litigation that will undoubtedly arise from redistricting, which could possibly delay the primary.