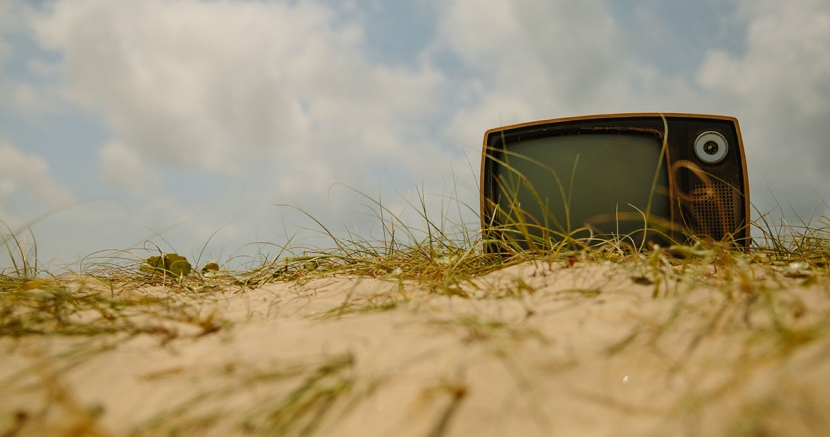 The first video ever aired on MTV was "Video Killed the Radio Star" by The Buggles, a new wave band out of London. The song selection was a statement sending a shot across the bow of radio networks and declaring a new era of television made explicitly for young viewers.

Digital and on-demand services are now the major players and networks like MTV that cater to younger audiences are experiencing programming drops by as much as 35 percent.

Audiences are "cutting the cord" and leaving broadcast TV in droves in favor of news and entertainment online, streaming services, social media, and app-based content that is formatted for mobile devices.

Not including live sporting events, how many hours of live TV did you watch yesterday?

Republicans are still raising and spending boatloads of money for TV - but is that a comparable metric for Democratic campaigns? Not entirely. The average age of Fox News viewers is 68. Republicans still make big live TV buys because they cater to older audiences that still consume it in heavy doses.

Democrats, who benefit from the support of millennials and Generation X, don't have to compete at the same level in this space because they have fewer voters who still watch live TV. Democratic campaigns have more affordable and targeted options available to reach their audiences including the previously mentioned streaming media and social media services, but also banner ads and online video.

Online communications are a critical component to any campaign and should not be an afterthought. They establish narratives and immediate message delivery that is unfiltered, highly targeted, and immensely affordable.

And it's the first place voters go to look for information.

To be clear - TV is not dead. It's just not what it used to be, and as such we shouldn't be putting the same strategic emphasis on it that we have in the past. TV has always been the driver of escalating campaign expenses, as well as the reason campaign cash has been emphasized by the press as a measure of a candidate's standing or chances. As that expense is lowered, available cash isn't as accurate a measure. Money's still important, of course but with regards to TV it's not the accurate barometer it might have one time been.

And guess what? The guys who make TV ads agree.

Last summer our team attended the annual conference of ProgressNow, a national network of rapid response media organizations (Progress Texas is one of the network's 20 state affiliates). During a lunch presentation, we heard from a prominent media consultant who explained, very bluntly, that our collective digital work is the new frontier and that TV ads are becoming an expensive and inefficient mode of message delivery.

It's common to run ads at the end of an election campaign because that's when voting is on people's minds - just like it's common to advertise gift giving ideas around the holiday season. Ads are a good way to encourage people to take action such as voting (see section below on online ads) or calling their representatives.

However, the process of shaping public opinion is something that happens over time and that's where digital can help promote messages that establish sustained narratives. Texas has nearly 20 million registered voters, but to shape opinions, we only need to target a select group of influencers within that crowd to get our message to a wide audience. With a combination of message development and good timing, our little shop makes a big impact on progressive narratives. For roughly $1,000 a month in boosts and targeted ads, our 2016 efforts generated 48 million social media impressions along with 5.6 million video views. And, as of this writing, we've already surpassed some of last year's numbers on an identical budget.

Progress Texas has been experimenting with online political advertising long before the Russians got to it, and our independent tests have demonstrated that this targeting can measurably increase turnout of progressive voters.

During the 2014 campaign, we partnered with Rising Tide Interactive to run an online advertising effort to a target group of progressive drop-off voters. Specifically, we identified people in the voter file with a high progressive ideology score and a low turnout score, matched those records to Google, Facebook, and YouTube, and then served ads reminding them to vote. Our work was monitored by an independent team of analysts who instituted control groups so that a small - but statistically significant - slice of our audience saw a placebo ad while everyone else saw our campaign ads. We also delivered a Spanish language version of the ad to those with Spanish language browser settings.

The result demonstrated that our ads increased turnout by 1.4 percent for one audience and 1.9 percent for another. The total cost of that ad campaign, which saturated a statewide online audience for two weeks, was $50,000. By way of comparison, a week's worth of TV in Houston can cost upwards of $750,000.

In 2016 we ran a new set of campaign ads, this time measuring the impact on people who get news from different sources (and once again delivering ads in Spanish to those with Spanish language browser settings). Our results found that, no surprise here, those who are most likely to get news online are also most likely to be responsive to ads and information online. Fair enough.

The best approach is a layered approach

We have experienced some limits with digital, primarily in that we have not always been able to match the voter file 100 percent to audiences online. Either because our targets don't have Facebook accounts or for some other reason. It's hurdles like this that keep us regularly testing new ways to find and engage with audiences online. What this means is that online ads are essential but they are not a "cure-all" for campaigns. But it does mean that online efforts offer quantity and expedience - and the benefits of online media are such that everyone campaign should be taking it seriously.