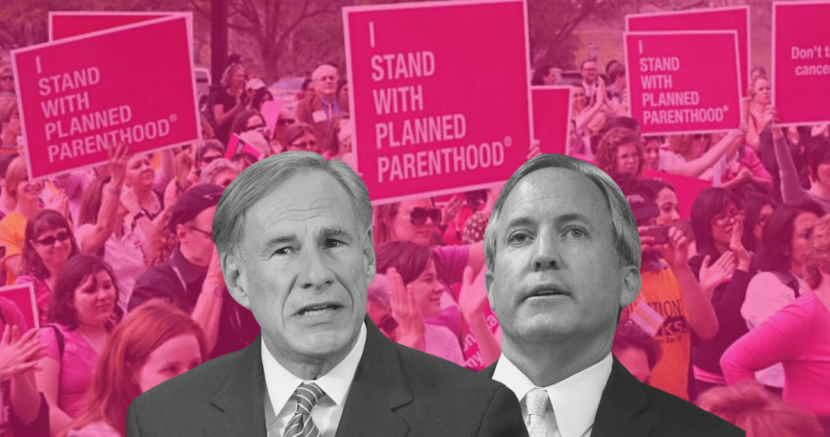 Planned Parenthood plays a crucial role in providing healthcare services to communities across the state who depend on Medicaid.

Texas Republican officials' lengthy attempt to restrict and deprive patients of having their healthcare services received at Planned Parenthood has once again been temporarily halted.

In 2017, a lower court blocked the state from removing Planned Parenthood from the Medicaid program, but was overruled by the 5th circuit in November of last year. Planned Parenthood urged the state health commission for a 6-month delay in order to have time to help its patients find new healthcare providers during the pandemic, but was only granted 30 days, which was set to end this month. After Planned Parenthood filed an emergency lawsuit, Judge Maya Guerra Gamble of Travis County granted a temporary restraining order that continues to allow patients to have their services received at Planned Parenthood covered by Medicaid, and set a hearing for February 17th.

Texas’ attack on Planned Parenthood is meant to shame patients and abortion providers, yet abortion services are not even covered by Medicaid due to the Hyde amendment, which prevents federal funding to be used to cover abortion services. As Texas COVID-19 cases surpass 1 million in a state with the most uninsured people in the nation, Texans’ healthcare coverage is under attack.

Although Planned Parenthood plays a crucial role in providing healthcare services to low-income communities across the state, it is incredibly difficult to qualify for Medicaid coverage in Texas. The state’s Medicaid program has one of the lowest income requirements in the nation, which excludes almost all Texans from being able to qualify to have their service covered through Medicaid. A single parent with two children cannot make more than $230 a month in order to qualify. Black and Latino residents, who have been disproportionately killed by the virus, are more likely to rely on Medicaid. In 2015, Planned Parenthood provided services to more than 24,000 Latino patients and more than 23,000 Black patients.

After Gov. Greg Abbott refused Medicaid expansion that could have provided insurance coverage to over one million Texans, he has also led the fight to remove Planned Parenthood as a covered healthcare provider. In a time when access to healthcare should be of the utmost importance, the governor decided to further limit healthcare options during a public health crisis. But this fight is not over.

All 13 congressional Democrats who represent Texas signed on to a letter urging Abbott to reverse his efforts to remove Planned Parenthood from the Texas medicaid program, stating:

“Governor Abbott, your decisions to restrict access to health care providers while our healthcare system continues to be overloaded with COVID-19 patients is negligent and will cost even more lives,” they wrote in the Feb. 5 letter. “We urge you to stop playing politics with Texans’ health care.”

"Well the president's views are clear and consistent on this issue. Just last week in an executive order he reissued guidance specifying that states cannot refuse Medicaid funding for Planned Parenthood and other providers. HHS would certainly have more specific details but they have stated they are committed to protecting and strengthening the Medicaid program as is the President consistent with the Executive Order we released last week."

Psaki’s response reaffirms what we already know: Texas officials have no right to restrict healthcare coverage just because of a person’s chosen healthcare provider. Texans shouldn’t have to jump through hoops or avoid certain doctors in order to ensure that they can afford to seek healthcare, a basic human right.