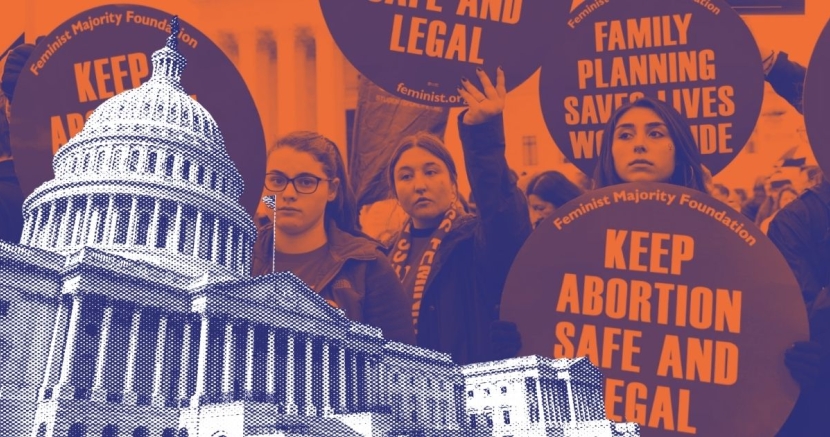 The Hyde Amendment is one of the most harmful pieces of legislation to pass against abortion access.

With the recent passing of reproductive rights champion Ruth Bader Ginsburg, everyone’s eyes are on preserving the right and accessibility of reproductive health care and abortion access.

This is increasingly important around this time of year as the anniversary of the Hyde Amendment just passed. The amendment has now been around for 44 years, and is one of the most harmful pieces of legislation to pass against abortion access. It’s long overdue that we repeal it.

The Hyde Amendment, which takes its name after Henry Hyde, the Republican representative of Illinois who was chief sponsor of the amendment, prohibits the use of federal funding to cover the cost of abortion services. Here are some other key things to know about the amendment and its impact:

Without abortion coverage under Medicaid, and depending on the state, people seeking abortions may have to pay out-of-pocket for the procedure, with costs ranging from $500- $1,195. States with more restrictive abortion policies can have even higher abortion costs.

“The Hyde Amendment is a dangerous and discriminatory policy that disproportionately hurts people with lower incomes by prohibiting them from using their Medicaid insurance to access safe, legal abortion. Its continued existence is a symptom of the same systemic racism that has driven millions to protest over the past several months and worsened health outcomes for Black and Latino communities during the COVID-19 pandemic.” - Alexis McGill Johnson, president and CEO of Planned Parenthood

2. It’s only a rider to a bill, not permanent law.

When the amendment was first passed 44 years ago, it was supported and sponsored  by anti-abortion legislators as a temporary rider to the Congressional appropriations bill for what is now the Department of Health and Human Services, and it remains that way to this day. This means the amendment is up for renewal annually, and every year legislators have the opportunity to repeal it yet choose not to.

3. There's hopeful legislation to repeal it.

Introduced in 2015, the Equal Access to Abortion Coverage in Health Insurance (H.R. 2972) seeks to remove the federal funding restrictions that Hyde has placed on abortion services.

The bill states: “No one should have to decide whether or not to have an abortion based on if they can afford care. The EACH Woman Act would make sure that no matter a person’s income, where they live, or how they are insured, they will have equal opportunity to access vital reproductive healthcare.”

4. There are ways you can help in the meantime.

The most harmful aspect of the Hyde Amendment is the chance that someone who initially sought to receive a safe abortion decides not to because they cannot afford it. By spreading the word about abortion funds within the state, you can help fellow Texans find access to important resources to help them afford abortion services. Abortion funds exist as one of the most direct and impactful ways to combat the harmful effects of the Hyde Amendment while waiting for legislators to act.

With recent studies showing most Americans support access to legal abortion, and preserving Roe. v. Wade, it’s clear that abortion access is still a relevant issue in 2020. The annual anniversary of the passing of the Hyde amendment serves as a reminder that even though abortion is currently a legal right, it does not mean that it is accessible. The reversal of the Hyde Amendment would open up the opportunity for low income individuals to seek the reproductive health care they rightfully deserve.