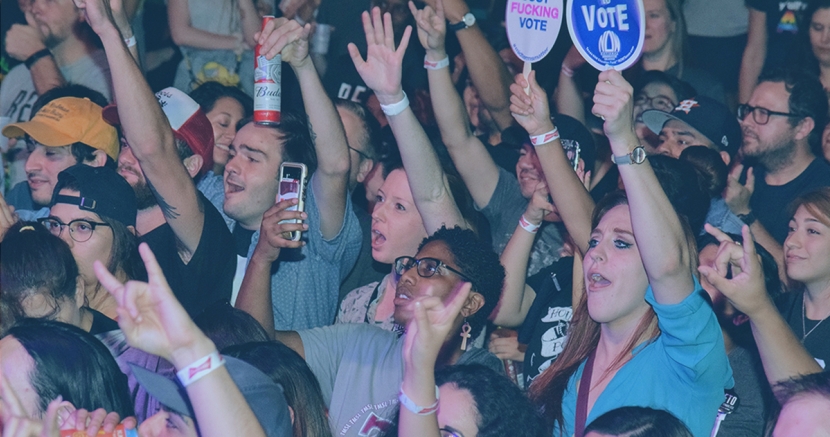 Image Credit
Photo courtesy @PoliPixCo
Ed Espinoza
As the fastest-growing state in the nation, Texas is a thriving state with a diverse electorate.

Quick, name the most Democratic county in Texas! If you said Travis County, home to Austin, you’d be wrong.

In both 2016 and 2018, Harris and Dallas counties delivered the most Democratic votes of any counties in the state; more than a million combined in both elections. Ok, well then which county has the highest win margin for Democrats? That would be El Paso, giving top-of-the-ticket Democrats 69% and 74.4% of the vote in 2016 and 2018, respectively.

This isn’t because Austin has gotten any less Democratic; it still has the highest turnout of any of these counties, but the rest of the state has made remarkable strides in catching up.

At this year’s Texas Tribune Festival, I heard Austin referred to as “the blueberry in the tomato soup” on more than several occasions. The same weekend, I heard a candidate for statewide office give a speech in which they said their campaign is focusing on rural areas.

But this Rick Perry phrase mischaracterizes a Texas that actually shows broad support for Democrats.

The cumulative Democratic win percentage in these areas is 51%. It *should* be higher, except that the turnout in metro areas, and in particular in South Texas, is lower than in rural counties.

Turning up turnout in smaller counties is great, but looking past the metro areas is to miss where the lion’s share of the Democratic voters live. We have to stop blaming smaller counties for statewide losses because it’s the major metro areas, the urban and suburban counties, that don’t show up enough.

This is where these other “blueberries” can follow the lead of Austin and Travis County and increase turnout, thereby running up the score.

As the fastest-growing state in the nation, Texas is a thriving state with a diverse electorate. And while it may still look like a red state at first glance, scratch below the surface and you’ll see that as turnout has increased in the state, Democratic gains have increased as well: picking up 19 seats in the legislature and two congressional seats over the past two elections. Meanwhile, Republicans are stagnant and haven’t expanded their statehouse or congressional majorities since the 2014 election.

Another phrase we’ve heard is that “Texas isn’t a red state, it’s a non-voting state” and these low turnout numbers exemplify that reality: the answer is turnout!

Check out our Special Report: Flipping Texas in 2020 for more.