The Secretary of State’s office responded to our vote-by-mail petition, but Texans still need clarity 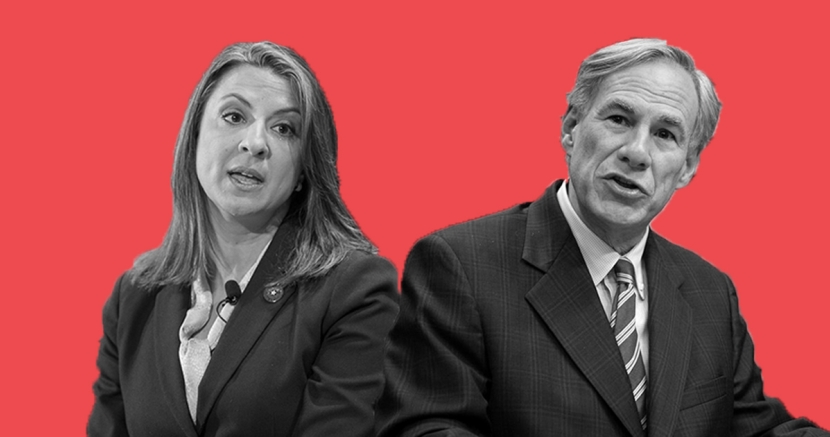 Wesley Story
Texans need to know that their rights will be protected in the midst of this global pandemic. It is the duty of our state lawmakers to provide that assurance.

After just a few weeks, the petition has already received roughly 3,000 signatures from voters across the state. And this week, we received a response from the Texas Secretary of State’s office regarding the petition and Texans’ vote-by-mail demands. 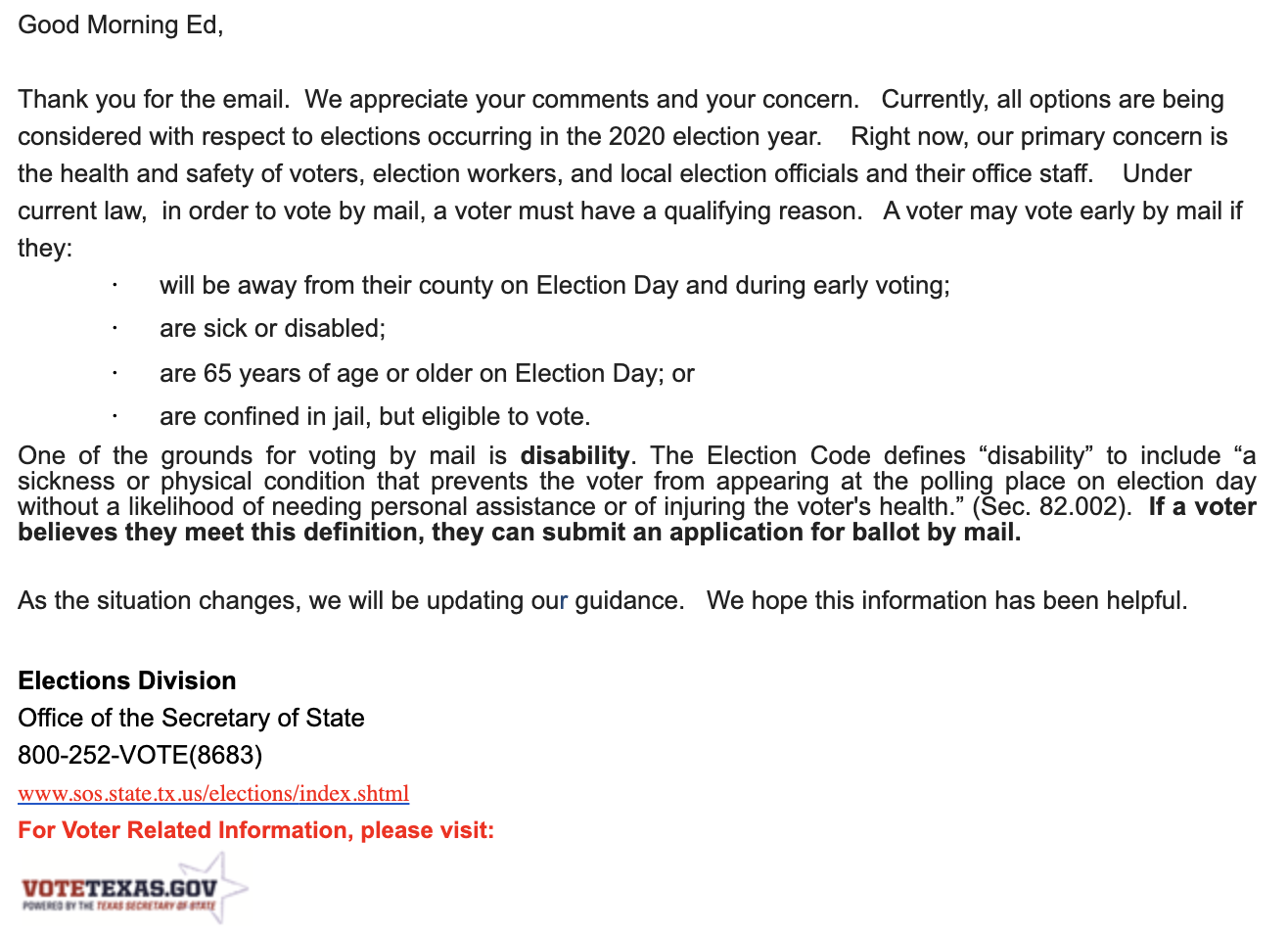 A couple of things about this email from the Secretary of State’s office stood out. First off, the fact that we received a response in the first place is notable considering the office has a history of being slow to respond (or never responding) to requests such as these. We credit the 3,000 Texans who signed our petition for that victory.

The second piece that stands out is the bolding in the second-to-last last paragraph. Based on what is being emphasized, it would seem as if the Secretary of State’s office is hinting at the possibility that Texans who are concerned for their health due to the pandemic may meet the disability requirements currently in place to apply for a ballot by mail.

“One of the grounds for voting by mail is disability. The Election Code defines ‘disability’ to include ‘a sickness or physical condition that prevents the voter from appearing at the polling place on election day without a likelihood of needing personal assistance or of injuring the voter's health.’ (Sec. 82.002). If a voter believes they meet this definition, they can submit an application for ballot by mail.” - Texas Secretary of State’s office

The fact is, no known voter has immunity to COVID-19. Physical polling places could risk exposure and cause injury to Texans if they get sick. Texas already allows no-excuse vote-by-mail for voters aged 65 and up, and in order to make our upcoming elections as safe as possible, our statewide lawmakers need to step up and expand the benefit to everyone.

Though the email seems to indicate that the Secretary of State agrees with our position, the vague response is open to interpretation and requires clarity in the form of an official proclamation or agreed court order from Secretary of State Ruth Hughs or Governor Greg Abbott.

Thus far, Abbott and Hughs have been slow to act. But with something as important as our fundamental right to vote, time is of the essence.

We’re calling on Abbott and Hughs to act in the interest of Texans’ health, safety, and voting rights to officially expand vote-by-mail universally through an official proclamation or agreed court order as soon as possible.

Texans need to know that their rights will be protected in the midst of this global pandemic. It is the duty of our state lawmakers to provide that assurance.

Sign our petition if you agree that our state needs to expand vote-by-mail access to all Texans.