Redistricting Update: What do the new gerrymandered Texas maps look like? 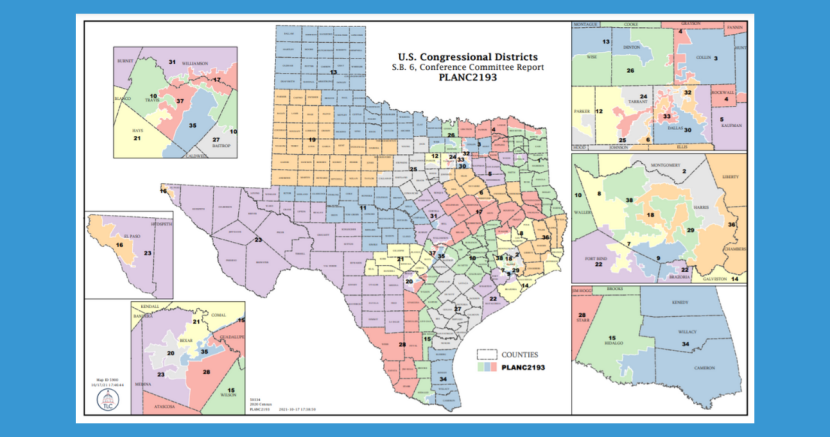 Texans - the third special legislative session of 2021 has finally ended. This year, the Texas Legislature was tasked with redistricting, which meant redrawing congressional, State Board of Education, and Texas State House and Senate district lines.

Texas Republicans have a well-documented history of drawing intentionally discriminatory maps and instead of righting the wrongs of their past, GOP lawmakers doubled down with their gerrymandered maps, packing and cracking Texas to the point of being unrecognizable.

To maintain power and excuse blatantly discriminatory maps, Texas Republicans are using terms like “race blind,” which render people of color invisible in our electoral system. These excuses do not account for how different our political districts look from our population, especially considering how quickly the maps were passed out of committees, leaving hardly any time for the public to react and guaranteeing a flurry of court cases for years to come.

While we work to understand what these new maps will mean for Texans, Texas politicians are scrambling to determine how new districts will affect upcoming elections. Some have even declared their intention to run for office by moving to a different district.

We know every single map that has emerged from the Texas Legislature this year has reduced the voting power of Black and Latinx Texans. Here are those maps at a glance:

Texas gained two new congressional districts in 2021 after the U.S. census found a population growth of nearly 4 million people in the state, 95% of which was fueled by people of color. Rather than accounting for this growth, Republicans in the Texas Legislature decided to make the two new districts (37 and 38) white majority districts.

Both districts were placed in the rapidly growing urban centers of Austin and Houston, ignoring the fact that North Texas also experienced a population boom. Instead of placing one of the new districts in the Dallas region, the Legislature further gerrymandered the area by pushing Latinx voters into a larger, whiter district.

The new map would allocate 24 of the 38 congressional seats to Republicans while decreasing the number of Latinx-majority districts from 8 to 7 even though Latinx Texans are half a percentage point away from becoming the largest demographic group in our state.

Here’s a look at discriminatory demographic breakdown of the map:

Latinos 39% of population but control 18% districts

Blacks 12% of population but control 0% districts

Asians 5% of population but control 0% districts

You can check out an interactive before and after version of the Austin 37th district here. 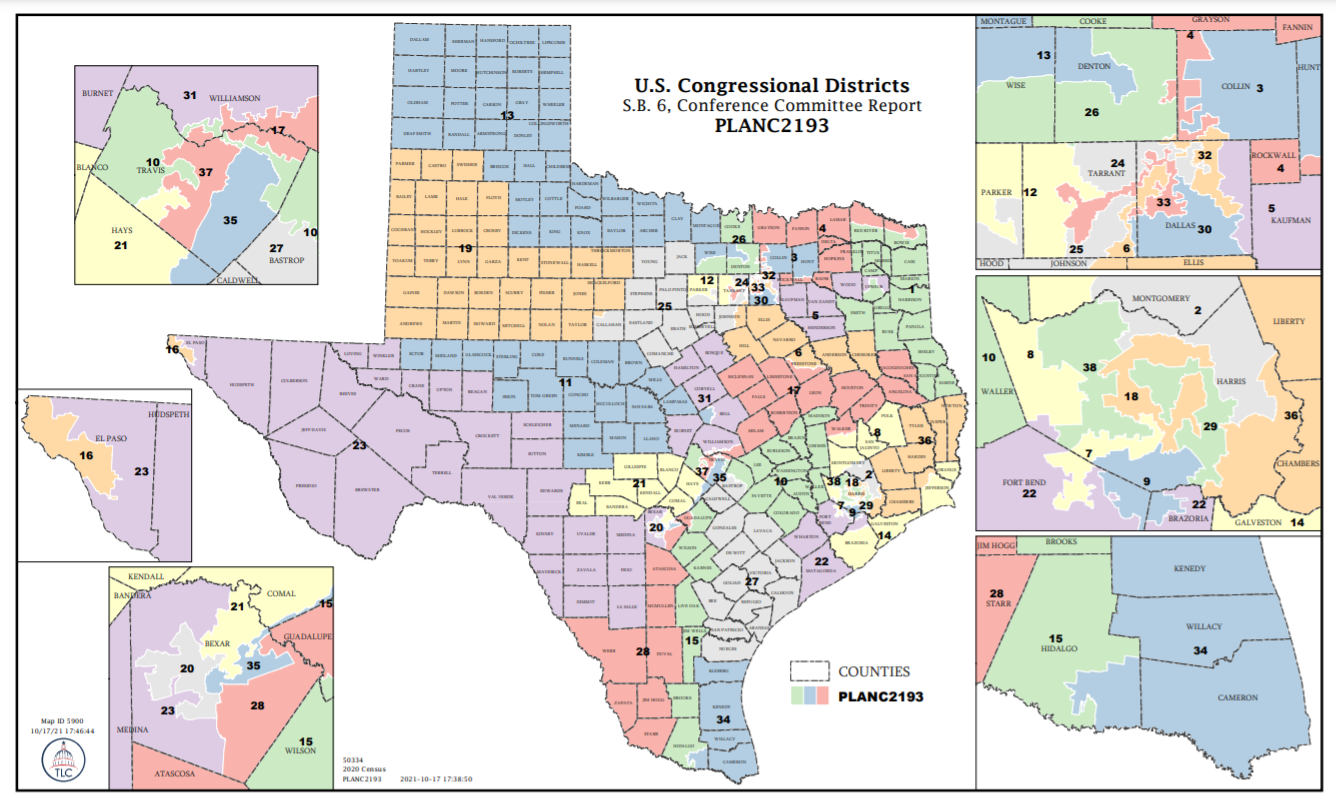 Texas has 31 Senate districts but the way the districts are being divided leaves virtually no representation for half of Texas residents. While the proposed map would decrease the number of white-majority districts from 21 to 20, the number with Latinx or Black majorities will not change (7 and 1) and the remaining three districts will have no racial majority.

This means that 40% of Texans have almost twice as much voting power as other residents. It’s no surprise that among those 40% are the majority of Texas Legislators, white far-right Republicans scrambling to protect their incumbency. 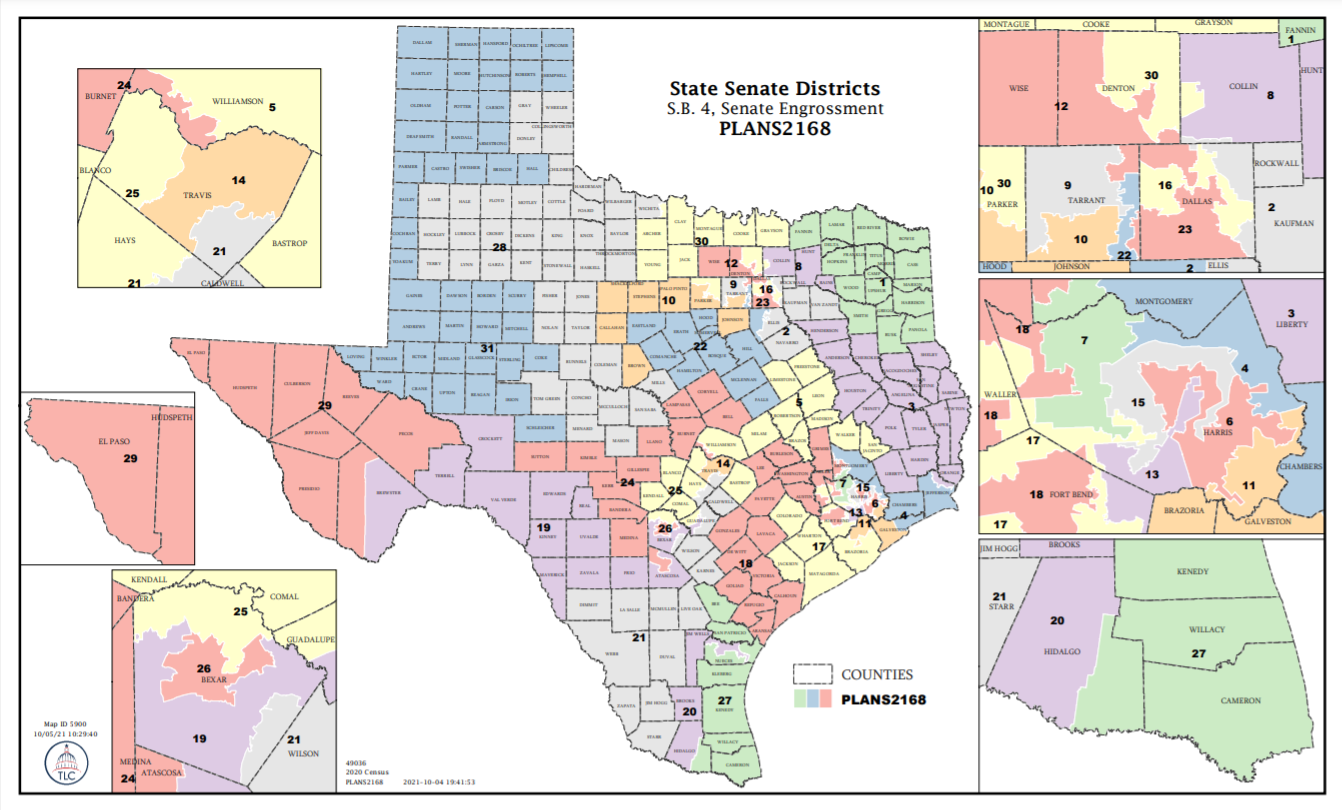 Even though white Texans make up only 40% of Texas residents, they will control 59% of Texas State House districts in the proposed map. Meanwhile, Latinx Texans are 39% of the population and only control 20%, and Black Texans are 12% but only control 2.7% of the districts. The number of districts with majority Latinx or Black eligible voters will decrease from 33 to 30 and seven to six respectively, meaning white-majority districts will increase from 83 to 89. 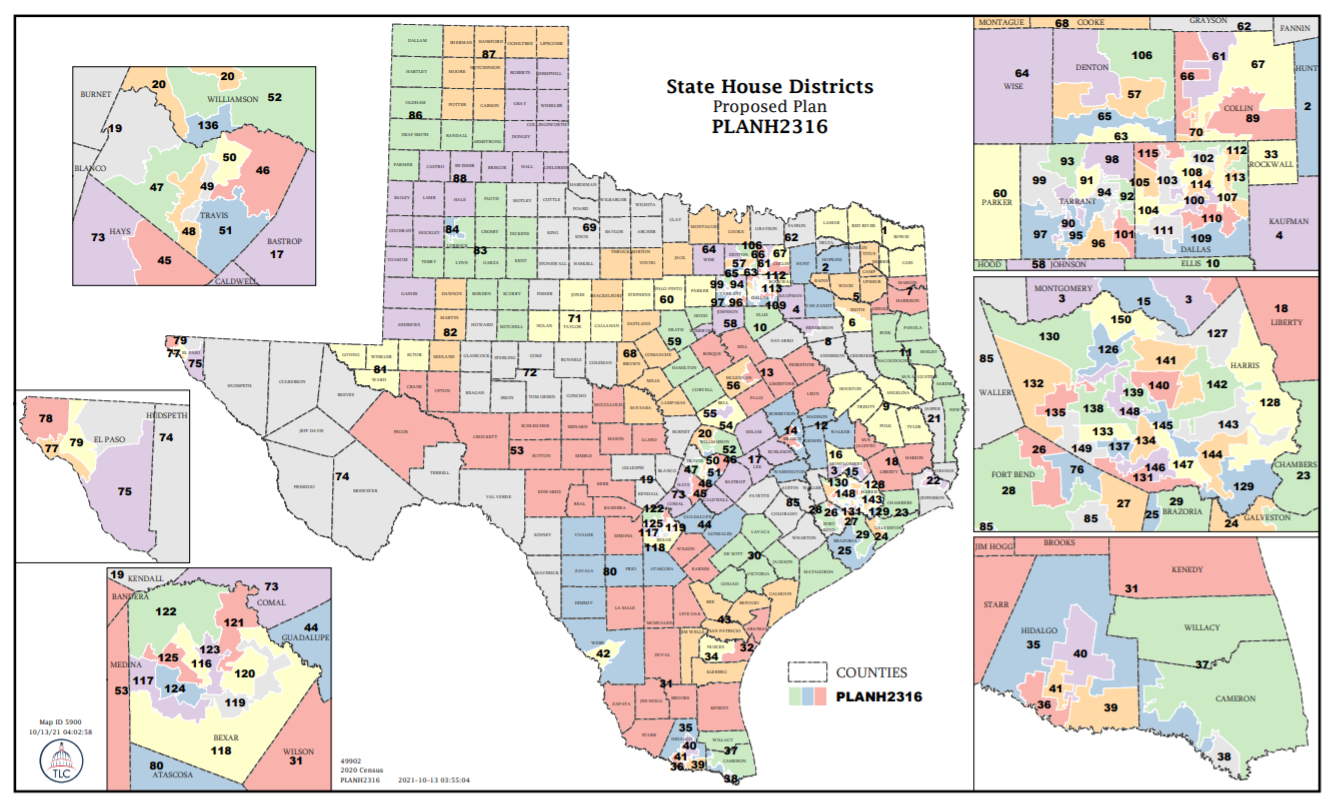 State Board of Education (SBOE) Map 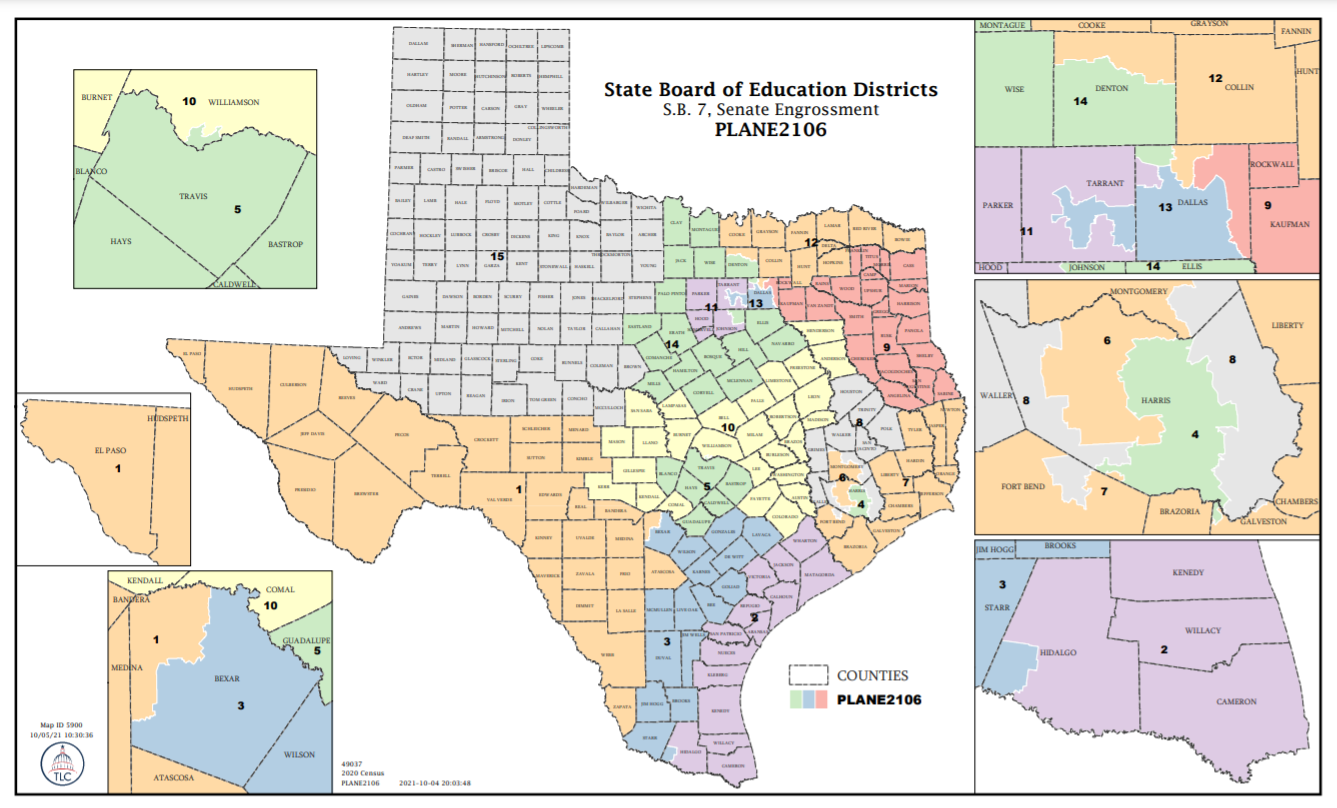 The new maps are still waiting for Abbott’s signature but, in the meantime, we need to urge U.S. Senators to pass federal legislation to protect the freedom to vote now! Because of outdated filibuster rules, the Freedom to Vote Act failed to pass in the U.S. Senate this week, even though 70% of likely voters support a comprehensive reform and protection of our voting rights.

There are already lawsuits being filed in opposition to the proposed maps so keep following Progress Texas for redistricting updates.