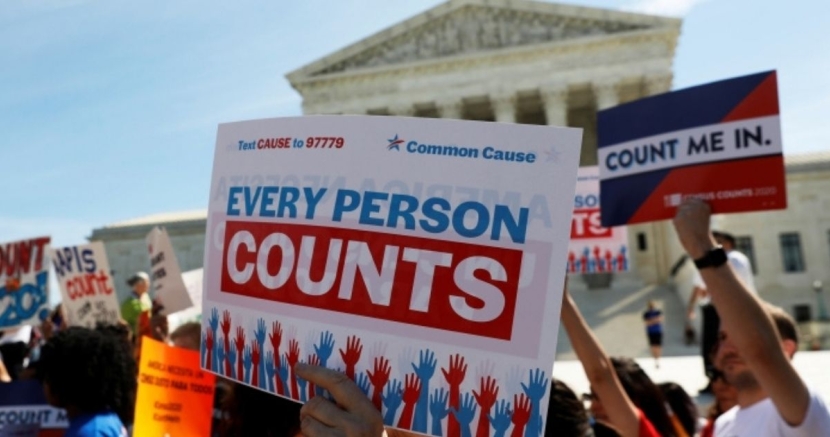 From voting rights to redistricting, the census data will shape the political future of Texas over the next decade.

What does the state of Texas actually look like? Thanks to the 2020 census results that dropped last week, we finally have an idea of how our Lone Star community has changed over the last ten years. The census data has major implications for voting rights, redistricting, and the political future of Texas over the next decade. It’s a lot of information, so we laid out three takeaways that Texas progressives need to know.

While Texas has added 4 million new residents over the last decade, that growth has been disproportionately concentrated in our state’s urban areas. Over the last decade, only 14 cities in the country grew by over 100,000 residents. Five of those cities are in Texas — Dallas, Fort Worth, Austin, San Antonio, and Houston. Suburban populations exploded as well, with Frisco, McKinney, New Braunfels, and Conroe landing in the top ten fastest growing cities in the nation.

But as urban areas have boomed, rural counties across the state are experiencing population decline. Over half of Texas counties lost residents in the last decade, with 143 shrinking in size since 2010. Both Texas residents and transplants are moving into our state’s largest metros, sounding alarms for Republicans hoping to keep control of our state over the next ten years.

Over the last decade, Texas has added a lot more “blueberries in the tomato soup.” Democratic gains in our state have largely been driven by our urban areas, which have only grown larger in the last election cycles. That’s why Democrats have picked up dozens of Texas House seats, several congressional seats, and many more local positions. It’s also why Republicans are targeting urban areas in their voter suppression schemes.

In the first Texas legislative session, Republicans specifically created voting restrictions that would only apply to counties with over one million people. They’ve also targeted voter access initiatives put into place in Harris County, attempting to outlaw measures that made it easier for Houston residents to access the ballot box. It’s no coincidence that these areas are often the most diverse in the state, as the GOP ramps up their efforts to target voters of color.

In the last decade, Texas gained the most people of any state in the nation, with people of color making up 95% of that growth. Texas gained 11 Hispanic residents for each white resident, making Hispanic Texans half a percentage point away from becoming the largest demographic group in our state. The Black and Asian populations also grew considerably, as Asian population growth outnumbered white population growth by nearly 3 to 1.

Texans of color don’t just vote Democratic, and no vote can ever be taken for granted. But it’s no secret that the Texas GOP is scared of what can happen when communities of color turn out — just take a look at their voter suppression efforts over the last year. Since the first Texas legislative session began in May, Republicans have tried targeting souls to the polls, empowering partisan poll watchers, singling out voters receiving assistance in the polling place, and restricting drive-thru voting and vote-by-mail. It’s also a near certainty that Republicans will try to gerrymander our districts to limit the voting power of Texans of color, as they have done repeatedly in past redistricting cycles.

The new Texans in our state are bringing with them two shiny new congressional districts that are sure to be the subject of a long redistricting battle over the next few years. Unfortunately, with Republicans still in control of the Texas state government, the GOP is in charge of drawing what our maps look like over the next ten years. But that doesn’t mean progressives can’t fight back against racial discrimination and partisan gerrymandering.

The massive population growth driven by people of color will make it difficult for the GOP to draw two new Republican seats without racial discrimination — according to the National Democratic Redistricting Committee, “there’s simply no way for them to add two more GOP seats in Texas without racially gerrymandering based on this Census Data.” Of course, they’ll try anyway. Courts have found that Texas targeted communities of color in every redistricting cycle in the last half-century, and this year will be no different.

Encourage your federal representatives to pass voting rights legislation that includes a ban on partisan gerrymandering. Follow our Twitter and Facebook to stay updated on opportunities to testify on redistricting, as Gov. Abbott will likely bring lawmakers back to the state capitol for a redistricting special session. And contact your state representatives to let them know that Texans deserve fair and equitable legislative maps.

The census has shown us what Texas progressives already know — we are a rapidly growing, diverse state targeted by voter suppression and gerrymandering. Now, it’s time to organize to make our government look like the people of Texas!