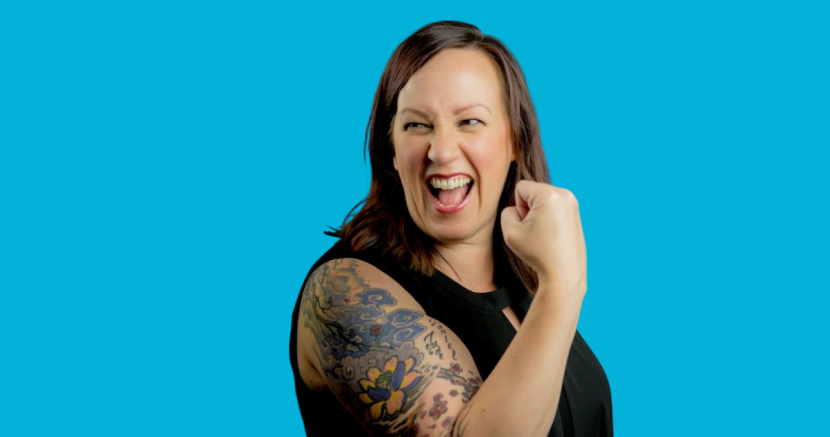 Abby Springs
MJ Hegar is no stranger to tough fights. Misogynistic attacks on her appearance can’t take her down.

As a military veteran and working mom, MJ Hegar is no stranger to tough fights. This year, she’s taking on one of her toughest yet — the fight to flip Texas blue and defeat Senator John Cornyn. But instead of attacks on the battlefield, MJ is fending off attacks on her home turf. And like always, cowardly Republicans are falling back on sexism and misogyny to defend their at-risk Senate seat.

As the race for Texas’ U.S. Senate seat narrows each day, the GOP is scrambling to fight off MJ’s grassroots energy with misleading advertisements and doctored images.

Just a few weeks ago, a pro-Cornyn super PAC released a misleading ad that used MJ’s tattoos to make her seem “radical.”

A pro-Cornyn Super PAC is using a photo of my tattoos to make me seem "radical." That's pretty funny to me.

You think I'm ashamed of them? They cover my shrapnel wounds from when my helicopter was shot down. They're a mark of my service to our country. I'm damn proud of them. pic.twitter.com/HrqX68ZzKa

Except MJ’s tattoos have an important story behind them. They cover her shrapnel wounds — the ones she got while fighting to save injured soldiers from the battlefield. MJ is proud of her tattoos, and if Cornyn thinks that military service is something to be ashamed of, he doesn’t represent Texas values.

The sexist attacks don’t stop there. In August, the National Republican Senatorial Committee released an ad that altered MJ’s appearance, giving her gray hairs, wrinkles, and a lifeless skin tone.

I don't doubt that 2020 has given me a few gray hairs, but c’mon. This doctored image from Cornyn’s DC cronies made me do a double take!

Politicians resort to tricks when they can’t win on their message. Let's send a message that we’re tired of the lies: https://t.co/8mp6ON2xGT pic.twitter.com/XRR2MCnUXm

The ad plays into stereotypes used against women in a pathetic attempt to make MJ appear harsh, old, and worn-out. The ad, which ages up MJ’s appearance, uses those outdated views to attack MJ on her looks, not her ideas.

Democratic women in politics are used to attacks on their appearance, all while male politicians get to stay focused on issues and ideas. Hillary Clinton, Nancy Pelosi, and Kamala Harris have all faced sexist distortions of their image by Republicans looking to score cheap points in the polls.

Every time Cornyn uses an ad that criticizes or distorts MJ’s appearance, he’s reinforcing the same misogynistic stereotypes that women in politics have faced for decades.

Throughout her campaign, MJ has focused on the issues facing Texans. She has not resorted to personal attacks like Cornyn, but has instead focused on his terrible record as a senator. When MJ is our senator, it’ll be no different. She’s ready to tackle the biggest issues and make our state a better place for all Texans. Considering Cornyn won’t even agree to more than one debate, it’s clear he’s afraid to engage with MJ’s ideas and policies that will help Texans across the state.

Our state deserves a senator who cares about Texas women, not one who stereotypes and attacks them. If you care about building a future where sexism and misogyny have no place in Texas politics, your choice is clear — vote early for MJ Hegar.

For more information on voting in the 2020 election, visit GoVoteTexas.org. Early voting begins October 13 and continues through October 31 (including weekends).