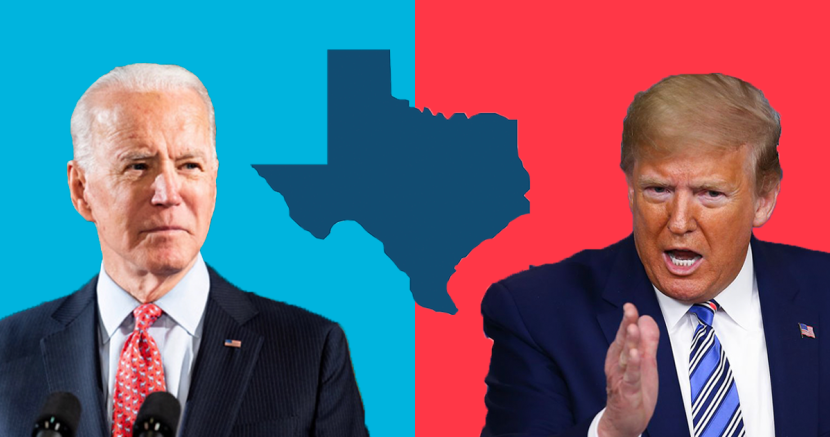 What does this mean? Texas voters are fed up with Texas Republicans’ lack of action on the COVID-19 health care crisis, mass unemployment, and systemic racism that communities face every day. Now is the time to organize, continue to rally for change, and vote.

Joe Biden comes within 2 points of Donald Trump with 46%.

In the poll, Texas voters were asked who they would vote for in the Presidential race this fall. Joe Biden came within the margin of error against Donald Trump with 46/48, respectively. A small percentage of voters (6%) were unsure. 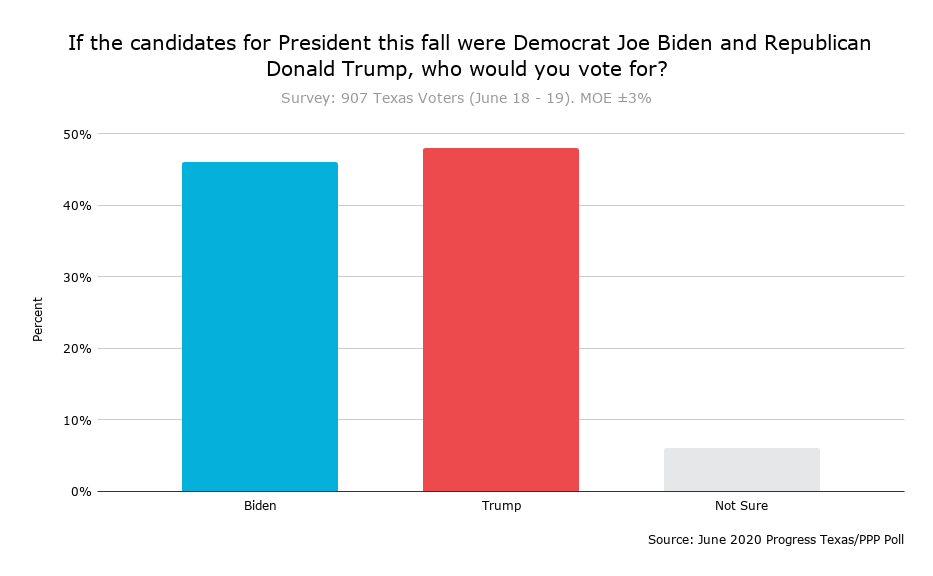 45% of Texas voters would vote for the Democratic candidate in the U.S. Senate election.

The generic ballot for the U.S. Senate race (if a Texas voter were to vote today) is Republican 47% and Democratic 45%, also within the poll’s margin of error, and supports previous polls showing that a majority of Texans either don’t know or don’t like Republican John Cornyn.

As an additional frame of reference, then-Senate candidate Beto O’Rourke was polling 5 points behind in June of 2018 and went on to lose by 2 points. Texas Democrats are currently ahead of their 2018 pace. 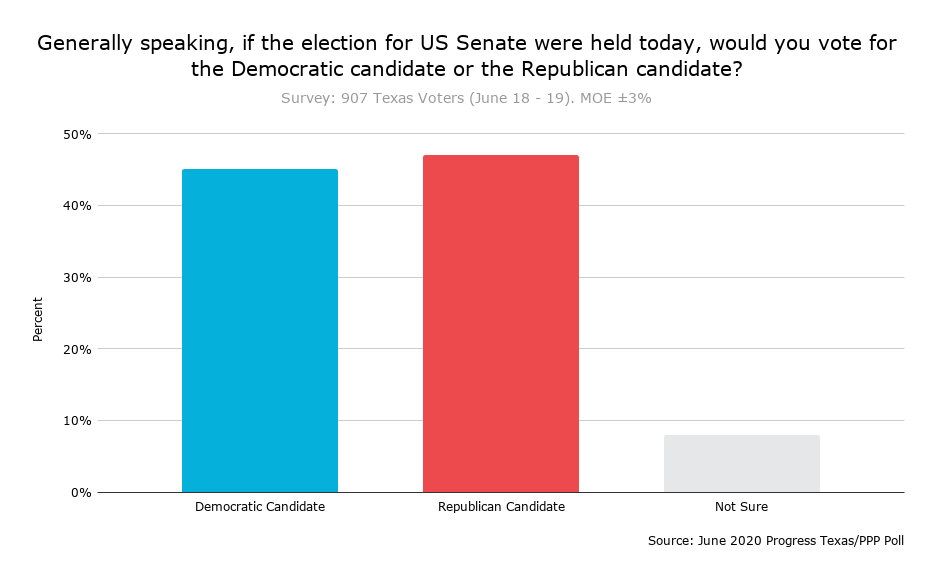 Only 48% of Texas voters approve of Donald Trump’s job performance.

Donald Trump’s approval/disapproval rating amongst polled Texas voters is 48/46. Nationally, a slim percentage of Americans approve of Trump amidst his responses to the COVID-19 pandemic. His approval nationally now stands at 41%, similar to the 39% approval rating he received the last time the question was asked in a poll two weeks ago. 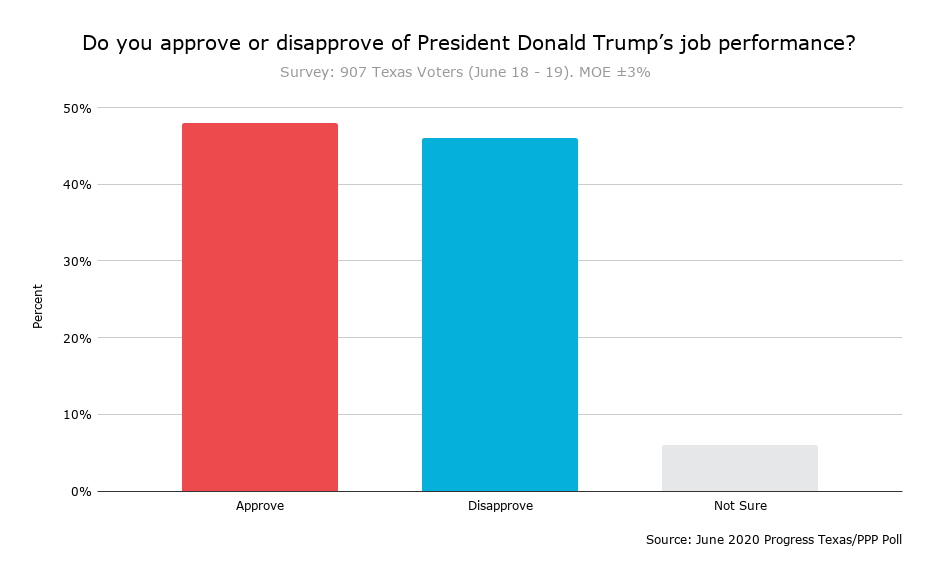 Methodology: The Progress Texas/PPP survey of 907 Texas voters was conducted by Public Policy Polling from Thursday, June 18, 2020 to Friday, June 19, 2020 and has an overall margin of error of  +/- 3 percentage points. The method of conducting the poll was 50% by phone call and 50% by text message.