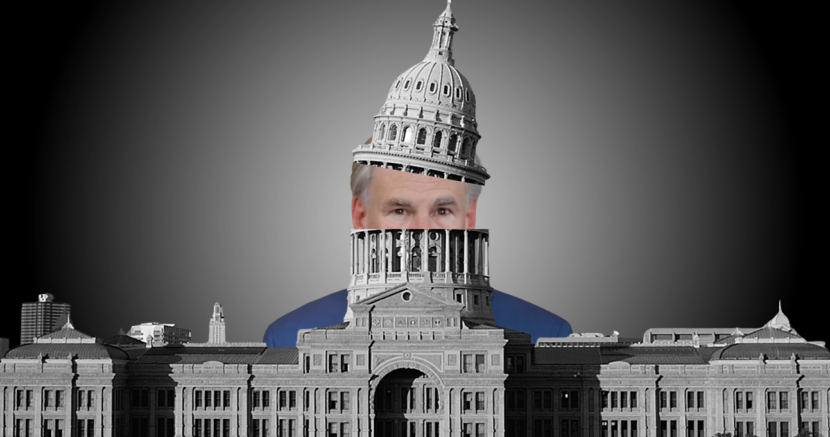 Abby Springs
Looking for a progressive guide to understand the special session? We’ve got you covered.

Just one month after the Texas Legislature finished up business in the regular session, lawmakers are again returning to the pink dome. It’s special session time, but there’s nothing really special about what’s on the agenda.

The entirety of the legislative branch - Republicans and Democrats alike - are operating under duress after the governor vetoed the funding of their entire budget. Lawmakers will still get paid, but the legislative staff, cafeteria workers, custodians, and more, have become unwilling pawns in the governor’s game.

Meanwhile, Democrats are fighting historic voter suppression that could make it harder for millions of Texans to cast their ballots. The Legislature can be messy, confusing, and complicated - even more so during a special session - so we put together a guide to help progressives navigate the process.

Texas is one of four states in the county with biennial legislative sessions — our legislators meet once every two years for 140 days. This doesn’t offer much time to pass bills, and it restricts the ability to immediately respond to crises that happen in the interim. Thus the Texas Constitution grants the governor power to call a special session “at any time and for any reason.”

Whereas Governor Rick Perry was known for calling special sessions on a regular basis (12 in 12 years), they have been less frequent under Gregg Abbott who has now called just his second special in seven years. Nothing for Hurricane Harvey, COVID, or gun violence - but he’s called on for voter suppression.

Unlike a regular session, where Gov. Abbott’s main responsibility is signing bills into law, the special session is his rodeo. Lawmakers are only allowed to legislate on the topics that he chooses, allowing Abbott to restrict the session to his personal priorities.

The only other time Abbott has called a special session was when Lt. Gov. Dan Patrick forced his hand; back in 2017, the infamous “bathroom bill” died during the regular session, and in return Patrick withheld authorization of the state medical board - which authorizes doctors. Now we know that conservatives don’t care about healthcare, but they at least had the good sense to come back for a special session to make sure we have doctors. He also caved to the Lt. Governor’s demand and added the bathroom bill to the agenda, but they were no match for fired-up progressive activists who once again organized to defeat it.

This special session presents unique challenges for legislators, since they’re operating under an extortion threat from a wanna-be dictator. Abbott has already vetoed the full budget for the Texas legislature, meaning that over 2,000 Texans and their families could go without paychecks for two years. He’s said he’ll restore funding if lawmakers pass his priority voter suppression bill. Texas Democrats have filed a lawsuit asking the Texas Supreme Court to overrule the veto, and have filed a letter with the House Speaker stating that the budget should be the first item taken up in the special session. We’ll have to wait and see how it plays out.

What can we expect?

Abbott waited until the last minute to release his priorities for the special session — and they’re just as racist, reactionary, and dangerous as you would expect. Keep in mind that just a few months ago, over 700 Texans died in a catastrophic winter storm that crippled our energy grid. But fixing our infrastructure won’t be on the agenda, neither will expanding health care access, or helping working families. Abbott is focused on culture war distractions to boost his reelection campaign and fend off his own primary challengers.

Here are some of the most dangerous bills that are on the special session agenda:

Thankfully, we’ve got some of the most badass Democrats in the country fighting for our rights at the State Capitol.

Going into the special session, they’ve said that “everything is on the table,” when it comes to stopping voter suppression and other dangerous GOP bills. It’s up to us to give them the support they need.

How you can get involved...

Stopping dangerous Republican legislation takes all of us, and we need as many progressives as possible to show up in person and online during the special session. Just like in the regular session, you’ll be able to testify on bills in front of their committees. But under special session rules, notice only needs to be posted 24-hours in advance, and you will need to come to the Capitol in person. To stay updated on opportunities to testify, follow our Twitter for more information!

Here are a few other ways you can advocate for Texans over the next few weeks:

The Progress Texas team will be hard at work to promote progressive messaging, advocate for Texans at the Capitol, and share information with our readers and followers. Make a donation to Progress Texas today to help us stop dangerous Republican legislation!