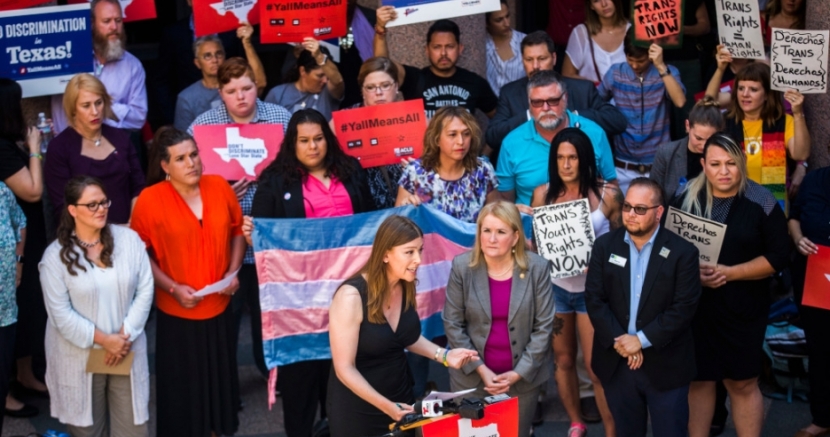 Lily Adams
Keep on resisting. Speak out. Show up. It works.

By the close of special session influential businesses were piling on top of each other to publicly oppose Governor Greg Abbott and Lt. Governor Dan Patrick’s so-called “bathroom bill.”  But they wouldn’t have gotten there without the sustained resistance of brave transgender Texans and their progressive allies over the last 8 months.

Tens of thousands of Texans from across the state took action to stop this unabashedly discriminatory bill from harming transgender Texans — showing up at the Capitol and staying through the night to testify against all versions of the bill, making calls, visiting offices, sending emails, and never giving up.

Throughout the special session, Senate Bill 3, authored by Sen. Lois Kolkhorst, was championed by Gov. Abbott, Lt Gov. Patrick, every Senate Republican, and one “Democrat,” Sen. Eddie Lucio. As was the case in both public hearings held on the bill during the regular session, Texans showed up to deliver hours of moving testimony against SB 3.

If @loiskolkhorst really thinks #bathroombills are an issue "for conversation," let's consider how that convo went last Friday: #TXLege pic.twitter.com/JfSQUnZkH8

Transgender Texans and their families, business leaders, law enforcement, religious leaders, educators, and progressive allies all came out to plead against the bill. And progressive Democrats fought back on the Senate floor, calling out the lies and fear and hate mongering used to justify the hateful bill.

On the House side, public pressure killed the bill dead in it’s tracks. House Bill 46 by Rep. Ron Simmons (R- Carrollton) and dozens of Republican co-authors didn’t make it far enough to get a public hearing.

Public uproar also fueled the predicted economic impact of the “bathroom bill,” leading the way for businesses to come out en mass against it. According to the Dallas Morning News, 3,000 individuals, businesses, and organizations signed letters or came to hearings to oppose the various versions of the bathroom bill.

This blatantly transphobic bill sparked national outrage, and although it successfully crept through the Texas Senate, it did not make it to Governor Abbott’s desk for his signature. The fight for progressive values is always hard fought in Texas politics, and the death of the bathroom bill is a huge victory —  a triumph only possible thanks to the diverse group of people who opposed the bill and worked hard every day to see to its demise.