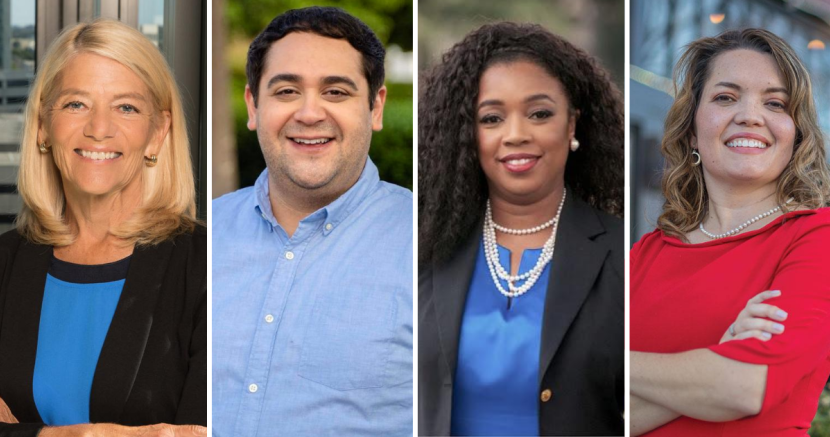 Abby Springs
From redistricting to school funding, we have the power to change Texas politics for decades to come.

Across the nation, all eyes are on Texas this year. With Joe Biden leading Trump in many polls, there’s one question on everyone’s mind: will this be the year Texas turns blue?

While delivering Texas for Biden is an exciting possibility, we have an even better chance at flipping Texas further down the ballot – in the Texas House of Representatives. The Texas House is only nine seats away from Democratic control, and flipping it blue will change the political landscape of Texas for years to come.

If the Texas House flips in November, the implications for the next decade of Texas politics are huge. The 2021 legislative session is more important than ever, because next year, representatives will decide how to redraw Texas legislative districts. If Republicans have control of the Texas House and the Texas Senate, they’ll be free to gerrymander Texas districts to make it harder to turn our state blue in the next few years. But if Democrats take the Texas House, we can ensure a fair and equitable redistricting process.

A Democratic-led Texas House can mean better legislation, better policies, and better plans to take us out of the COVID crisis next year. We’ll have a higher chance of addressing public school funding, expanding Medicaid for Texas families, holding police accountable, and using the Rainy Day fund for Texans, not corporations or wealthy donors.

This House election isn’t about who controls Texas for the next two years. It’s about who shapes the future of Texas. Let’s make sure we have a say.

We have the power to flip Texas blue

In 2018, Democrats gained 14 seats in the legislature, while Republicans won 22 house district seats by less than 10 points. In 2020, Texas Democrats are trying to flip all of them. Beto won many of these districts in 2018, and in a presidential year likely to bring strong progressive turnout, Democrats have a real chance at flipping at least the nine we need to win the House - possibly more.

Take House District 138, for example, which is located in northwest Houston. In 2018, the Republican incumbent won by only 47 votes. In the same year, Beto won the district by 6.3%. Since then, the incumbent retired, leaving the seat well within reach for Democrat Akilah Bacy to flip the district.

HD 138 isn’t the only district with a retired incumbent either. Five Texas House Republicans have retired since 2018, perhaps seeing the writing on the wall for their positions in 2020. As Texas becomes more diverse and more progressive, this “Texodus” is just the start of what’s to come in the next decade.

Most of these districts only need a few thousand votes or less to flip blue. That means that your vote in these races is crucial. Many of them are gerrymandered so they overlap red, blue, and purple counties - this means your vote makes a big difference no matter how competitive the presidential race is in your area! To check your voter registration, visit the Texas Secretary of State website. To learn how to register, get your voter ID questions answered, find out how to vote by mail, and more, go to GoVoteTexas.org.

Finally, don’t just vote, vote early. Whether you choose to vote by mail or in-person, submitting your ballot as early as possible gives your vote the best chance of getting counted. Early voting starts on October 13 – visit your polling place or ship your mail-in ballot as soon as you can.

We can flip the Texas house, but it takes all of us. A vote in November is a vote for the future of Texas. Make it count.

Ordered by Beto O'Rourke's margin of victory in 2018.