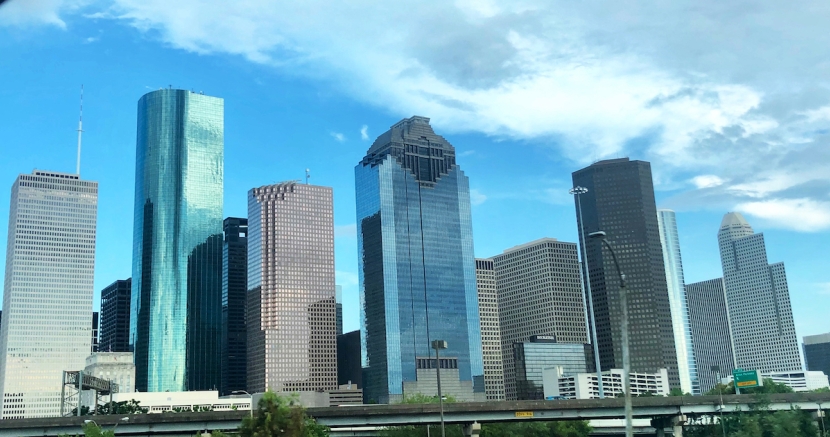 Tara Pohlmeyer
Hosting the third debate reinforces how big of a role Texas will play in 2020.

We’re going to keep saying it: Texas is a battleground state!

It is huge that the third Democratic Debate was held in Houston this month. Houston exemplifies the future of America – it’s a beautiful, diverse, immigrant-led city that embraces progressive values and policies. It’s recently been through hell and back during Hurricane Harvey, and has become stronger in the process.

So it’s only fitting that 10 of the top candidates for our next Democratic President made the voyage to the great city of Houston.

Here are a few of our Texas takeaways from the #DemDebate stage:

Beto O’Rourke spoke from the heart on how gun violence has impacted Texas, and a majority of Texans support common-sense gun reform.

2. There are a few differences in health care plans.

While health care is a right and we must guarantee access for all, many plans last night differed. It’s one issue we’ll be looking closely at heading into the primary.

Voters have said it loud and clear: We need to expand health care access! We need candidates who are for affordable health care options for all people. #DemDebate #DemDebateTX #HealthCareVoter

3. Texans are leading solutions for our immigration system.

Houston and Texas are powerful BECAUSE of our immigrant community members. It’s time we came up with humane and welcoming immigration policy that supports all immigrants. No one is leading on this issue quite like Julián Castro.

Came across as confident. And he was the first to put out a comprehensive immigration plan. #DemDebateTX

4. We need to take action on our climate crisis.

Texans know first-hand the effects of our climate crisis. Thank you to the candidates for pledging to tackle this as soon as possible – our lives depend on it!

But climate change is huge in Houston! Think of all of them chemical plants in East Houston (where I grew up) - I hope climate change will be a major topic tonight, as someone who suffers daily from the poor air quality I was exposed to for 20+ years. #demdebateTX

5. White supremacy and racism must be addressed.

Candidates for President of the United States must understand the affect racism and white supremacy has on our laws and policies. Texas Republicans have also been complicit in Trump’s white supremacist rhetoric, and it’s time for a change.

Trump’s trade war is sabotaging our economy, including in Texas. Our state, federal, and global economies cannot continue to function with Trump at the helm.

“@realDonaldTrump, “thinks that trade policy is a tweet at three o’clock in the morning.” #DemocraticDebate #DemDebate3 #DemDebateTX #demdebate #Bernie

Our criminal justice system was never designed to work for black and brown people. It must be completely redone with a people-first frame.

Our criminal justice system was never designed to work for black and brown people.

Our next president must work to reform the criminal justice system for the benefit of our communities. #DemDebate #DemDebateTX #2020Election #DemocraticDebate

8. The race for Texas’ U.S. Senate seat is heating up.

Being in Texas, we have to talk about the current race for U.S. Senate against John Cornyn. The fact is, a majority of Texans either dislike him or don’t know who he is! We’re ready to vote for someone who will represent the best interests of our communities.

NOT EVEN JOHN CORNYN WAS SAFE FROM JULIAN TONIGHT!!!!!! #DemDebateTX

9. We need to talk about abortion.

While abortion rights are under attack across the U.S., we have seldom heard the topic addressed in debates. It’s time we discuss equitable abortion access for ALL.

We’re looking forward to continuing to see candidates on all levels focus on issues like access to affordable health care, common-sense gun reform, voting rights protections, meaningful action for our climate, and abortion rights and access, because progressive issues are mainstream issues, even in Texas!

Progressives are ready to flip Texas in 2020! Make sure to read our latest work: Special Report: Flipping Texas in 2020.