Trump is sabotaging our economy, including in Texas 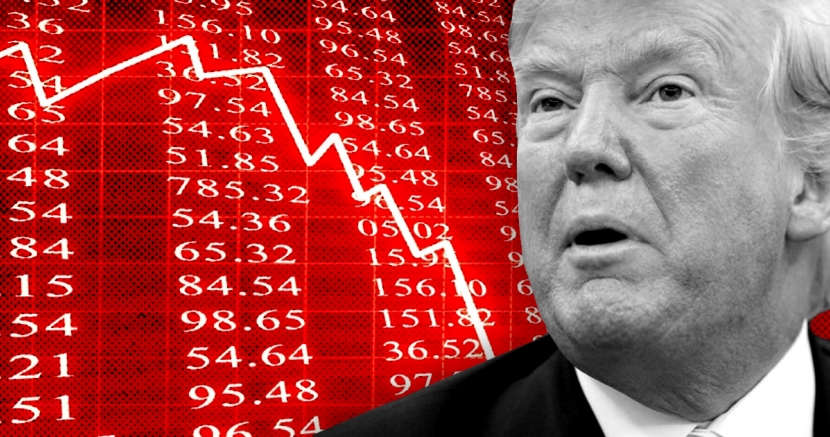 Wesley Story
A recession could be upon us and Trump’s trade war is to blame.

If you’ve paid any attention to the news recently, then you’ve seen the warnings: our economy is in big trouble.

According to economists, Trump’s tariffs are causing damage to the U.S. economy that the administration is refusing to acknowledge.

Many have warned that sticking with Trump’s trade war could bet the health of the economy and forecasters are predicting that another recession is upon us.

After spending days arguing that these fears are exaggerated and unfounded, even Trump himself admitted that his trade war could lead to a recession. Trump also said, however, that his trade war is more important than the economy and described the prospect of the U.S. falling into recession as "irrelevant.”

What would another recession mean?

Unfortunately, most Texans are not in privileged enough positions to avoid the ramifications of a recession. For a majority of us, a recession would be more than relevant. It would impact our daily lives.

Recessions result in higher unemployment, lower wages and incomes, and lost opportunities. Not only would education, health care, and economic opportunities be likely to suffer, but the effects of a recession are long-lived in Texas and across the country.

In a recession, it’s the people at the bottom that are hit the hardest.

Trump is at fault.

Here in Texas, we have a lot to lose. The Texas economy depends largely on trade and Trump's ongoing trade war is keeping Texas farmers on edge.

Earlier this month, China announced it was refusing to import American agricultural products in retaliation to tariffs on Chinese goods coming to the U.S. Texas farmers depend on this trade and cannot afford to go much longer without it, or risk losing their livelihoods.

This trade war has very real implications. Trump is willing to put the lives of hard-working Texans on the line to satisfy his fight with China.

Our state, federal, and global economies cannot continue to function with Trump at the helm.

There are no winners in a trade war. Instead, we all lose.