Is 2022 the upside-down cake of elections? 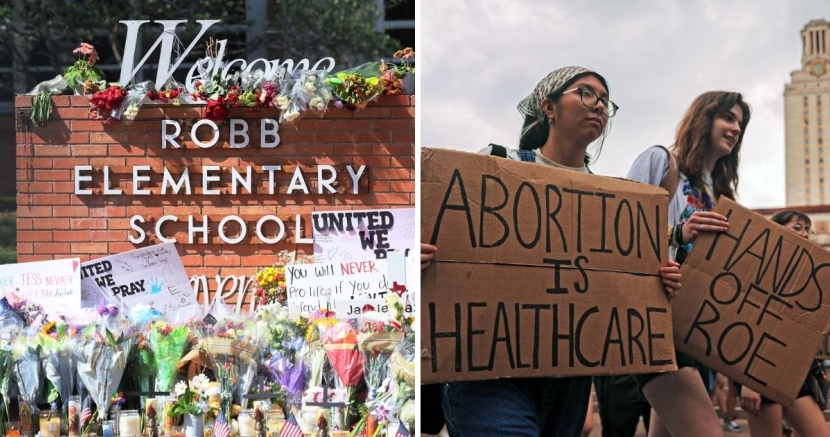 Glenn W. Smith
The landscape of the midterm election has changed due to Uvalde, the fall of Roe, and Texas Republican failures.

The results of this first mid-term, pundits like to say, are baked in long before the election is on anyone’s mind. Could 2022 be an exception? Could it be the upside-down cake of mid-term election, an election in which the favored candidates wind up cooked on the bottom of the pan?

There are some reasons to think so, most of them having to do with the extremist policies and public failures of Republicans, as well as increased awareness of the anti-democracy excesses of a party that should today be known as the MAGA Party.

There is the evidence produced by the U.S. House Select Committee to Investigate the January 6th Attack on the United States Capitol, most of it from the testimony of Republicans close to the fray. It’s become clear that Trump and his supporters tried to use violence to help them overturn the results of the 2020 election. It’s hard for law-abiding, moderate Americans to overlook that.

Then there are the abortion bans in Texas and other red states. In Texas, the six-week abortion ban (Senate Bill 8) provides for civilians to sue someone they suspect of helping a person get access to abortion care, and the abortion “trigger” law threatens doctors with criminal prosecution and allows no exceptions for rape or incest.

The U.S. Supreme Court’s overturning of the Roe v. Wade constitutional right to abortion opened the door to the Texas law and the restrictive laws in other states. Most of these laws are so punitive, so threatening to women’s health and lives in general, that the backlash here and elsewhere is significant.

Kansas is a good example. A provision that would have stripped the right to abortion from the state constitution was defeated 60-40. Kansas is a red state. It is full of folks Republicans thought they were pleasing with their anti-woman agenda.

The evidence of such a backlash in Texas can best be seen in what Republicans are not doing: they are not talking about the issue at all. Just after the overturning of Roe, extremists like Republican Rep. Briscoe Cain, R-Houston, bragged about the victory and spoke of more to come. Now, he is silent on the topic, just like everyone from Abbott to local candidates. They know their handiwork is unpopular so they pretend it doesn’t exist.

Then there is the horrific, deadly failure of state and local law enforcement in the Uvalde school shooting. Public outrage continues, and the story has not faded from the news as many such tragedies have in the past. This is a Republican failure, top to bottom. The GOP wants to be known as the “law-and-order” party. Uvalde, and the tacit support of many Republicans for the Jan. 6 terrorists who killed and injured Capitol law enforcement, puts the lie to such claims.

In Texas, we could add the ever-more-visible. Foster children are dying under the state’s care. The juvenile justice system is collapsing from lack of funding and attention from Republican state leaders.

These are ingredients for a significant Republican setback in 2022. By their actions, Republicans have revealed themselves as anti-woman, anti-democracy, failures on law enforcement, foster care, juvenile justice and health care. No wonder they try to focus solely on the border, a place hundreds of miles from most Texas voters, an issue Republicans can lie about with good chances of not getting caught.

Anecdotally, Democratic voter enthusiasm is rising. MAGA Party voters are fired up, of course, but less, uh, nutty Republicans appear to be tired of the nonsense.