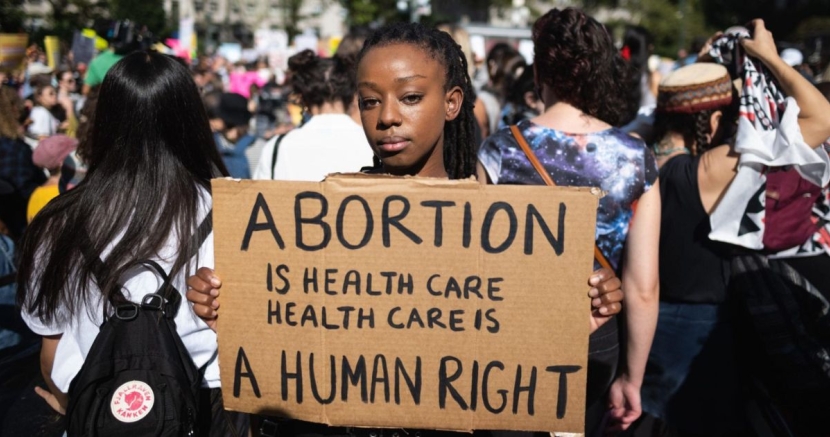 Emily Clark
Here’s what it does and what it will mean for abortion access in our state.

After the Supreme Court released its decision on Dobbs v. Jackson last week, Roe v. Wade was overturned, opening the floodgates for abortion “trigger laws” across the nation.

Trigger laws are laws that are unenforceable until a particular event occurs. Well, the fall of Roe was that event. More than a dozen states have passed trigger laws to further restrict abortion access.

Texas’ abortion trigger law, passed just last year, will go into effect 30 days after the Supreme Court decision is certified, which usually happens around 25 days after a decision is released. That means Texans have only a few weeks remaining before what’s left of our reproductive rights are ripped out from under us.

What does the “trigger law” do?

Texas’ trigger law outlaws abortion from the moment of fertilization, without exception for rape or incest. The law is a near-total ban on abortion, with the only exception being if a pregnancy would kill or severely injure the pregnant person.

The law also makes it a second-degree felony for a person who performs, induces, or attempts an abortion, with the penalty increasing to a first-degree infraction if the abortion is successful. The law adds a fine of at least $100,000 for each offense.

Similar to Texas’ six-week ban, the pregnant person themselves is supposed to be exempt from criminal charges. But knowing how extreme Texas Republican lawmakers are, there’s no guarantee that’s going to be the case. Pregnant people will be criminalized under this law due to the intentional confusion around what’s legal and what’s not.

Texans have already been living under one of the most restrictive abortion laws in the nation for almost 10 months now. Senate Bill 8, passed just last year, outlawed abortion after 6 weeks of pregnancy, before most people realize they’re pregnant. While SB 8 doesn’t result in felony charges, it does incentivize private citizens to sue those involved in assisting with an abortion by providing those citizens with a minimum $10,000 reward.

After the Supreme Court released its decision, Texas’ indicted Attorney General Ken Paxton took to Twitter in celebration, declaring Roe’s overturn an annual holiday in his office. In his legal advisory, Paxton declared that “prosecutors may choose to immediately pursue criminal prosecutions” based on a law passed nearly 100 years ago, which Roe blocked.

In fear of legal retribution, Texas abortion providers ceased abortion procedures almost immediately. While SB 8 is still in place until the abortion trigger law is officially enacted, providers were acting in fear of the 1925 law Paxton cited. They needed to ensure total legal safety for their patients and employees before continuing with procedures.

Knowing the century-old abortion ban couldn’t possibly be enforceable, abortion funds and providers filed a lawsuit against the state. Within one day, a Harris County judge granted a temporary restraining order, allowing Texas abortion clinics to operate without the threat of criminal prosecution for the next two weeks.

That means abortion up to six weeks of pregnancy should still legal in Texas – for now. But in just a few weeks, even that small window will be taken away from us.

So, for those who say "this is just a court decision," we need you to stop right now. Access to abortion for Texans has been stop-and-go since the decision was released and has been almost nonexistent since September of last year. Total abortion bans will be the new reality in much of the U.S., including in Texas when the “trigger law” goes into effect.

The Supreme Court’s decision isn’t just a threat to our abortion rights; it’s a threat to our democracy. The Court’s conservative justices ignored the will of the people, chose partisanship over justice, and threw out decades of precedent. Six out of nine of the SCOTUS justices are conservative and five of those six justices were appointed by presidents who lost the popular vote.

The far-right has a death grip on our democracy in 2022, especially in Texas. With a conservative legislature, Republican executive leaders, the filibuster, and a far-right court, Texas has descended into chaos and dragged the rest of the country down with it.

The Supreme Court has set our nation back decades. It’s time to fight back with everything we have.

Since our state is hellbent on prosecuting pregnant people and criminalizing multi-marginalized Texans, ground-level efforts are vital to achieving abortion justice. Consider donating to mutual aid funds, abortion funds and establishing care webs in your community.

The abortion justice movement isn't new and it's the folks most targeted by our state who have been dealing with these issues for years. It's our responsibility to center and uplift these voices while maintaining privacy under the watchful eye of the state.

Listen to abortion funds and providers, be consistently outspoken about abortion justice, support those most in need in the ways they need it, be discrete, and don't "calm down." Never calm down.

Until Texans have bodily autonomy, there will be no peace.