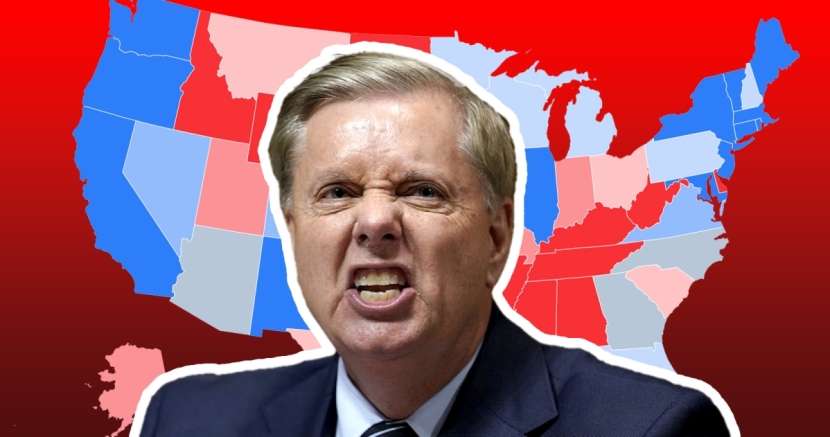 Diana Gómez
It was never about states rights.

On September 14th, Lindsey Graham of South Carolina introduced a national 15-week abortion ban bill into the Senate less than three months after the fall of Roe.

What’s important to note is that, Graham’s proposed bill wouldn’t get rid of total abortion bans in red states that prevent abortions before 15-weeks. This would stop states from being able to provide abortions beyond 15 weeks.

Graham’s bill clearly disproves Republicans’ long-held claim that abortion rights should be “up to the states” and proves what conservative politicians are actually after: government overreach by enacting control over our bodies and medical decisions.

But that South Carolina drawl ain’t charming other Republicans. If you haven’t noticed, most conservative pundits and politicians have been silent on the subject of abortion lately. But this is not because they’ve slithered back into their dark dreary caves. It’s because Republicans have received national backlash over the fall of Roe and they are seeing polls prove that most Americans support access to abortion. In addition, more young folks, women and LGBTQ folks are registering to vote - motivated by the fall of Roe. This spells disaster for Republicans in the upcoming November election.

In short, Graham’s bill is a sad attempt to win Republicans votes and talking points for November’s election but now that the genie is out of the bottle, it’s too late to put it back in.  So…thank you Lindsey? For reminding Americans what your party truly stands for: anti-abortion, anti-freedom and anti-moisturizing. Let’s take back our country and our rights this November and make sure you and your friends are registered to vote by checking govotetexas.org.

Want to hear more hot-takes from the Progress Texas staff on this proposed 15-week abortion ban? Check out our latest podcast here where we share our thoughts. And last but not least, don’t forget to join the Roevolution, our campaign to fight for abortion access!