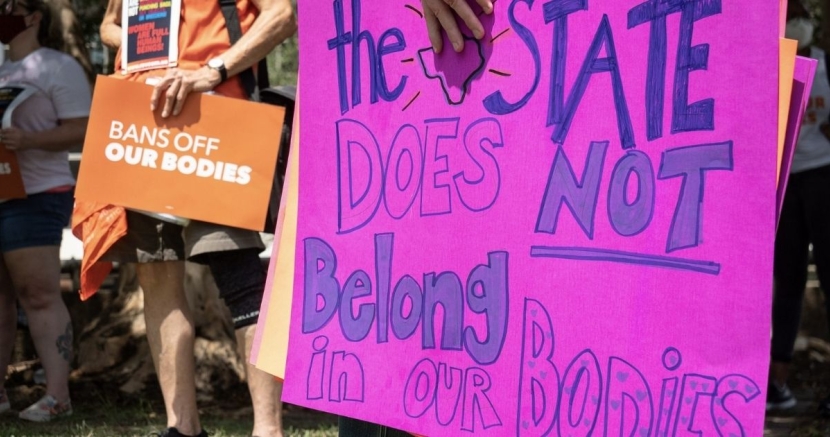 “Texas-style” used to mean cowboy hats and premium BBQ but in 2022, the phrase has come to describe any law that models itself after Texas’ 6-week abortion ban, SB 8. One by one, states with majority conservative control are following Texas’ lead in banning abortions.

While no state has implemented a total ban, if Roe v. Wade is overturned in Dobbs v. Jackson Women’s Health Organization this summer (and there is a good chance it will be), at least 12 states are poised to outlaw abortion from the start of conception. These “trigger laws” have not been worth worrying about in the past, before Roe came into question, but now that the day looms near, our country is on the brink of peril.

States with trigger bans include Arkansas, Kentucky, Mississippi, North Dakota, South Dakota, Missouri, Utah, Texas, Idaho, Oklahoma, Tennessee, and Louisiana, with Ohio likely to follow suit. In addition, most states that had abortion bans in place prior to Roe will reinstate those bans if the case is overturned. The restrictions don’t stop at borders either. Missouri is set to ban out-of-state abortions, allowing residents to sue anyone who helps another resident with an abortion beyond state lines.

In total, 26 states (more than half of the country!) are certain or likely to ban abortion without Roe, according to the Guttmacher Institute. It’s time to stop thinking about that future as inconceivable, and start thinking about it as a likely reality. Only then can we prepare for what lies ahead.

This isn’t about what voters want. This is about displaying power. A 59% majority of U.S. adults say abortion should be legal in all or most cases. Beyond that, a vast majority of Americans oppose overturning Roe v. Wade. Just 30% of Americans say they'd like to see the Supreme Court completely overturn its Roe decision, with 69% opposed.

Since outlawing abortions has a disproportionate impact on marginalized populations, it is also important to note that people in power often don’t reflect the communities they control. In Texas, 61% of our legislators are white and 73% are men. People who are so far detached from their constituents' reality should not be allowed to strip us of our bodily autonomy. They ignore doctors, voters, and experts in favor of their own misinformed, far-right agenda.

Keep in mind that before Texas passed SB 8, bounty-style enforcement was unheard of. The law was specifically designed to evade judicial review. This is a new trend and, until Congress or the Supreme Court step in, states will continue taking inspiration from bounty enforcement mechanisms.

California Gov. Gavin Newsom has already proposed a law that would enable residents to sue gun manufacturers and distributors. While less likely to succeed because of second amendment protections, Newson is focused on getting courts to address citizen bounties more than anything else.

Some states have gone in a more positive direction in response to Texas’ 6-week ban. California and Colorado declared themselves states of refuge for people seeking abortions. With Roe hanging in the balance, local and state governments coming out in support of abortion is more vital than ever.

It’s not just about access. Many people cannot afford the cost or loss of time that traveling out of state requires. The move by Colorado and California is more symbolic than anything. They are showing Congress and other states that being boldly pro-abortion is possible.

We need abortion justice, not just rights. Abortion justice is about recognizing “that race, economic insecurity, and immigration status can multiply the already-massive barriers to abortion care.” Framing abortion as a right implies that our bodily autonomy is something we should have to argue for, that legal abortions are a choice we’re giving legislators, and that our reproductive needs stop there. To achieve true abortion justice, we need to go beyond ensuring safe, legal abortions. We need affordable and accessible contraceptives, sex education, and reproductive health clinics that consider our many intersectionalities.

The longer Congress and SCOTUS wait to act against Texas’ ban, the more copycat laws we’ll see. Leading up to this summer’s Dobbs v. Jackson hearing, it’s important that we make clear to our representatives that the power they are claiming over us is beyond their jurisdiction. Staying healthy, happy, and in control of our bodies is a bare minimum request. We shouldn’t have to beg for our autonomy.

Texans must be bold and unapolagetic in our fight to restore and expand abortion access. Join the Roevolution and pledge to support pro-abortion candidates in this year’s midterm election.