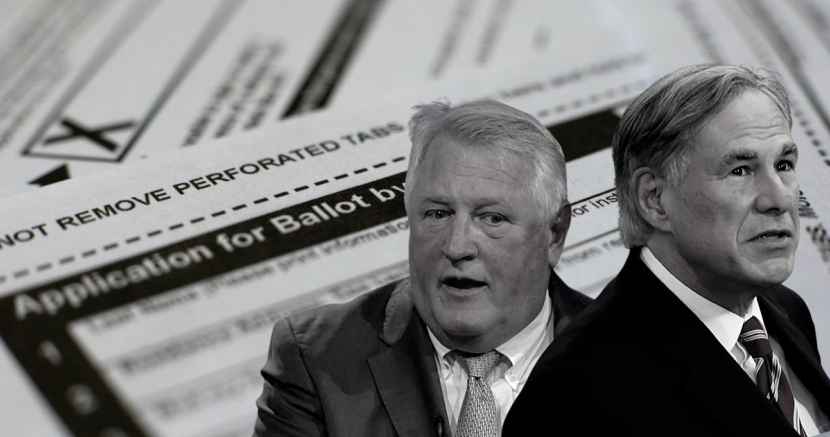 Emily Clark
These numbers will grow if Texas Republicans are allowed to continue enforcing their anti-voter law.

Nearly 23,000 Texans had their mail ballots rejected in the state’s primary election earlier this month. That’s almost 13% of all the people who voted by mail, meaning 1 in 8 of all mail ballots submitted were thrown out. This could easily have changed the results of races with narrow margins.

We were already seeing the detrimental effects of the law during the vote-by-mail application process. The form requires voters to provide their driver’s license or social security number but, because of the new anti-voter law, that number has to be the same one they used to register to vote, however long ago that may have been. If a voter applied using their driver’s license number but registered to vote using their social security number, or vice versa, their application was rejected. Some people had time to correct their mistakes and reapply before the deadline but many weren’t as lucky.

From there, things only got worse. When submitting mail ballots, voters were required to do exactly the same thing: write the identification number that matched their registration form. Because the law is so new, many voters missed that detail, especially since the form wasn’t as clear as it could have been. On the ballot, some parts were marked red, like the signature section, but the identification number section was in black, which may have misled voters into thinking the number was not required.

Remember when Abbott promised that “no one who is eligible to vote will be denied the opportunity to vote” under this new law? That promise sure isn’t holding up. Combine this vote-by-mail confusion with the recent voter purge, and you get tangible proof of pure, unadulterated Republican voter suppression. They can keep denying their role in voter disenfranchisement, but these numbers aren’t in their favor.

A glance at race reveals areas with a large Black population were 44% more likely to have their mail ballots rejected than heavily white areas according to data out of Harris County. The same discrepancy doesn’t exist between parties. Comparing mail-ballot rejection rates among counties reveals that ballot rejections happened in both Republican and Democrat-dominated counties.

If SB1 is allowed to remain law in Texas, this is only the beginning. Primary elections have extremely low turnout and the voters who participate in them aren't usually new to the game. They’ve voted often enough to avoid making mistakes. When confusion like this happens with seasoned voters, there's no telling how chaotic things will get during the general election. Nearly 1 million Texans voted by mail during the 2020 presidential election. At this new rate of rejection, that means around 130,000 mail-in ballots would have been thrown out in 2020.

Greg Abbott and other Republican lawmakers are taking our freedoms away as the nation watches in disgust, but this won’t end with Texas. Laws like this spread like wildfire until they’re put out at the source. This is a coordinated attack by Republicans across the country, and Congress must respond accordingly by finally passing federal voting rights protections.

Here’s an infographic to help visualize the main points: