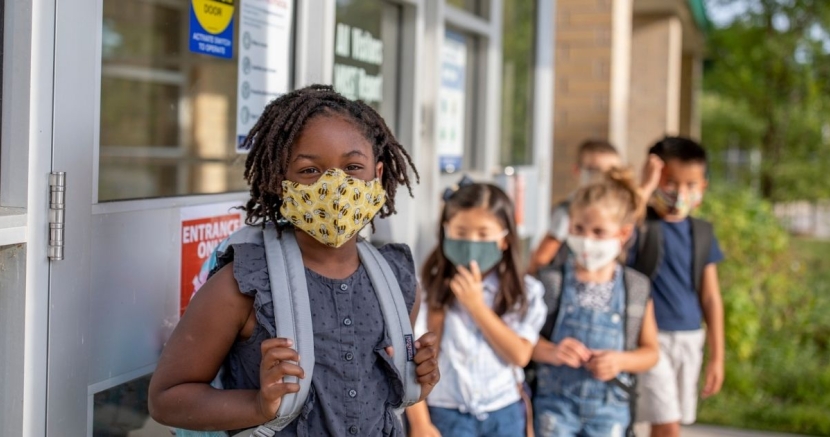 Emily Clark
Greg Abbott is putting children’s lives at risk with the trans sports ban and his anti-science, pro-COVID mandates.

As Texans have struggled to adjust to the COVID-19 pandemic, Gov. Greg Abbott has had one thing on his mind: Power. To get that power, Abbott’s been willing to do anything, including putting children’s lives at risk. He’s tossed science out the window, flushed logic down the toilet, ignored his constituents, and apparently, even himself since his mandates contradict his own decisions.

With the policies Abbott’s put forward, you would think COVID-19 is his most important constituent. Abbott has banned crucial safety measures from schools, and now the whole state, for no reason other than his desperate need to impress Donald Trump, Lt. Gov. Dan Patrick, and their cronies. With polls showing that 92% of Texas voters expressed concern about the state’s future, it’s no wonder Abbott thinks his only hope of staying in office come the 2022 governor race is by appealing to a wild eyed, far-right base.

Unfortunately, Abbott has abused his ability to call special legislative sessions, extending what is usually a three month ordeal into a ten-month, now multimillion dollar attack on the rights of Texans. And what has been on his list of priorities? Policing children’s bodies.

If you’ve ever sat in a classroom during the winter, you’re familiar with the orchestra of children’s sniffles. Last year, many kids were at home, isolated from the dangers of COVID-19. Now, they are gathered in classrooms and, rather than maintaining and perfecting safety measures, Abbott and Patrick have been hellbent on keeping masks out of schools

These restrictions show that Abbott has ignored every bit of research that people have painstakingly compiled over the last two years. Tens of thousands of children have lost parents to COVID-19. Many more have lost other family members, teachers, and neighbors. The mental toll that this pandemic has had on children is beyond comparison. To be told that schools cannot mandate masks is like hearing that these losses meant nothing to Abbott.

On top of these already senseless decisions, Abbott has made it his mission to rip any remaining sense of normality out from under the feet of transgender children. His attempt at banning trans kids from athletics is cruel and unfair, and keeps trans youth from participating in an essential part of childhood.

What’s worse? Just days ago, the state removed vital, life-saving resources for transgender youth from government websites after comments from one of Abbott’s Republican primary challengers. At this point, it seems the only way to get Abbott to listen is by being an outspoken far-right Republican who already holds or has held office.

Last week, hundreds of people gathered at the Texas Capitol to oppose House Bill 25, which would ban transgender children from competing in sports. Yet, the bill moved forward as if constituents had not begged otherwise - further proof that the far-right’s tendency to ignore Texans has infected our legislature. Texans have defeated these anti-trans bills three times this year already, but each time, Abbott has put the issue back on the call for the next session.

Children must be valued and cared for, not used as pawns to advance political games.

These kids cannot vote. They do not have the means to protect themselves. A rare few have the opportunity and resources to testify in front of the legislature but imagine that - children begging fully grown adults for a right to exist. In what world is that normal?

Our friends at Equality Texas have been keeping track of anti-trans bills since the start of the 3rd special session here. The anti-trans sports ban is going through it’s final round of votes on Thursday, Oct. 14. Time is running out. To take immediate action, contact your representative and tell them to protect trans kids by voting NO on HB 25. If passed, this bill will impose unnecessary trauma on our already emotionally exhausted children.

When it comes to Abbott’s anti-science, pro-COVID policies, we must work together to protect our communities. Encourage friends and family members to wear masks and get vaccinated, despite whatever the governor is saying. With cold weather approaching, sniffles are bound to multiply. Protect yourself, others, and keep your face warm at the same time.

Check out how to counter Republican attacks on trans kids in sports here.