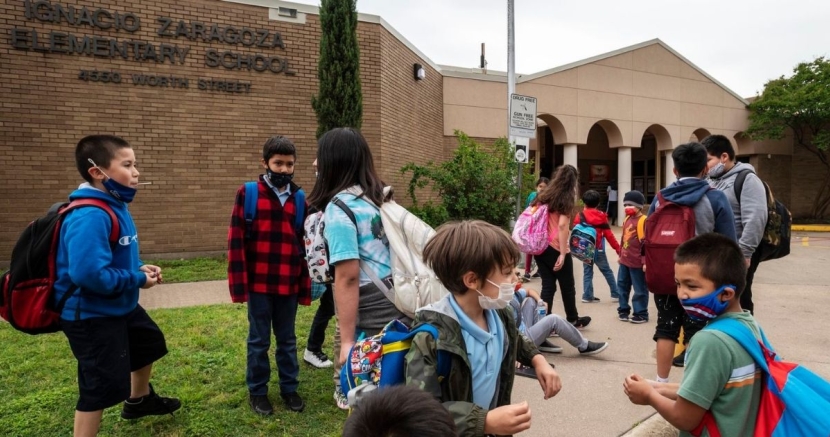 Wesley Story
The Republican death cult has invaded Texas, and our kids are paying the price.

As the Delta variant devastates Texas, pediatric ICUs are filling up and a record number of kids have contracted COVID-19. This surge in cases impacts everyone because anyone who needs medical care (for whatever reason) could be turned away if hospitals are at capacity. This is a massive health care crisis, and it did not have to get this bad.

How we got here

Back in May 2021, Gov. Greg Abbott issued an executive order banning governmental entities like school districts and counties from mandating masks. Instead of working to protect Texans from the ongoing pandemic, Abbott used emergency powers to limit what localities can do in response. In other words, he literally used emergency powers to make it harder to address the emergency.

With back-to-school approaching, school districts across the state chose to defy Abbott’s order and instead listened to medical experts and prioritize student safety. And who could fault them? This was a choice between saving children’s lives or listening to a governor who has failed Texans time and time again during this pandemic. Hardly a difficult decision to make.

As classes resumed, the consequences of Abbott’s irresponsible order became immediately apparent and the list of districts defying him kept growing.

How Ken Paxton is making it worse

This is where Texas’ notorious indicted Attorney General Ken Paxton comes in. First, he threatened legal action against school districts enforcing mask mandates. And last weekend, he was dumb enough to actually follow through with it.

Paxton filed lawsuits against six of the districts defying Abbott to try to overturn their mask requirements. These districts include Elgin, Galveston, Richardson, Round Rock, Sherman and Spring. At least 85 school districts across Texas are requiring face coverings to be worn indoors and it’s not clear why Paxton chose these six. But you can bet whatever the reason, it has less to do with policy and everything to do with politics.

Though hardly surprising given their history, this is quite a position for a Texas governor and attorney general to take. Abbott and Paxton know that their anti-mask, anti-science stance will only lead to more sick kids and could even result in unnecessary deaths. But for some ghoulish reason, they’ve decided that’s a risk they’re willing to take.

Protecting children from a deadly disease should not be controversial, but Abbott and Paxton continue to prioritize politics over saving lives. This has nothing to do with “freedom” — it’s about appealing to an extreme, far-right base.

If freedom were really a concern as they claim, then Texas Republicans would realize that we all have a right to free ourselves from this deadly disease. This is about public safety, and doing what’s right for the greater good.

Refusing to listen to medical experts and CDC guidance to slow the spread of this disease is a direct infringement on our unalienable rights of life, liberty and the pursuit of happiness. No one can pursue happiness if they die because some extremist decided their personal comfort was more important than stopping the spread of COVID.

All Texans should be grateful for the districts who are choosing to put their students’ lives ahead of Abbott and Paxton’s political interests. It is clear that the state’s Republican “leaders” will not do what’s right, so Texans must take matters into our own hands.

Please continue to mask up and encourage others to get vaccinated to protect their fellow Texans. Avoid spreading misinformation, and be on the lookout for a booster shot!