What are the standards for abortion access while incarcerated in Texas? 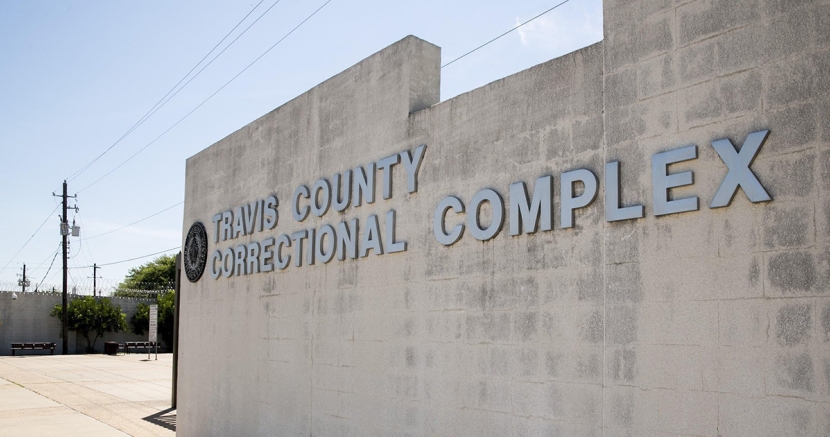 The right to have an abortion should be a normal part of health care when experiencing incarceration, but access doesn’t look the same inside every Texas county jail.

Abortion access must be made a priority for all Texans, including the thousands of people affected by incarceration.

Low-income people and people of color continue to be impacted at a much higher rate of incarceration than white people, and earlier this year, Dr. Saba Malik told In-House that people who are most at risk for incarceration “are very often poor and from racial and ethnic minorities.”

When thinking about how people impacted by incarceration access abortion, we had a lot of questions:

Since 2011, the number of people in women’s jails awaiting trial in Texas due to the inability to afford bail — and often for non-violent crimes — has increased by 48% and totals around 6,300 people, according to the Texas Criminal Justice Coalition (TCJC). The Texas Jail Project reports 450 pregnant people are held in Texas county jails every month at any given time.

Setting the standard in Travis County

One Texas facility, the Travis County Correctional Complex (TCCC) in Del Valle, does not believe a person’s right to an abortion is lost because of their circumstances.

“[Incarcerated people] deserve the right to an abortion like anyone else,” said the facility’s spokesperson.

When compared with other counties in Texas, and since 2008, the rate of incarcerated women in TCCC has been less than the state average every year. 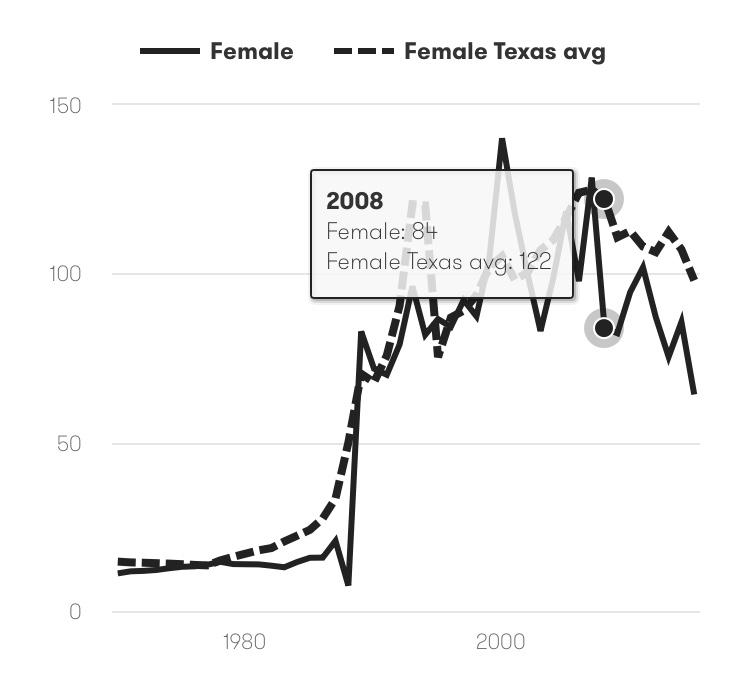 According to TCCC, a yearly average of 2-5 incarcerated people have requested an abortion in the last 5 years.

While there isn’t an official policy for accessing abortion, their right to have one is protected by a policy that ensures incarcerated people are able to access the healthcare they need while awaiting trial. Unlike other jails that may require meeting with a judge for approval to leave the facility, at TCCC that is not necessary, and needing an abortion is considered a medical request from the start.

“If an incarcerated person were to share that [they wanted an abortion] with our physician who is providing care, that would be arranged through our medical staff,” said the TCCC spokesperson.

Once their medical staff — which includes a Physician’s Assistant and OBGYN — is aware that they need an abortion, the pregnancy will be confirmed through a urine sample and an ultrasound will be performed to determine the stage of pregnancy. After that, it can take 1-2 weeks to process the necessary paperwork and arrange an appointment at an abortion clinic — which is also the average wait for a person seeking abortion who’s not experiencing incarceration, according to this 2016 study. It is also required that patients visit the abortion clinic twice, due to the states 24-hour waiting period and mandatory ultrasound restriction.

We spoke with the facility’s physicians assistant, who has provided care for at least 10 people seeking abortion while incarcerated. When a pregnant person enters the facility, the PA will ask them if they’ve considered their pregnancy options.

“I always ask if they would like to continue the pregnancy, or if they’re wanting to pursue an alternative option, like abortion,” they said. Patients are often surprised to learn abortion is an option for them.

While there’s no mandatory pre-abortion counseling performed inside the jail, for those who want to talk more about their situation, there’s a counselor on staff to provide unbiased care. But according to the facility’s PA, and like most people, they are already confident in their decision to have an abortion.

The National Abortion Federation and The Lilith Fund for Reproductive Equity, which are nonprofits that do not use state or federal funding, provide grants to people who need help paying for their abortion, including those experiencing incarceration. Medical staff at TCCC contact these organizations on behalf of the incarcerated person. Since those awaiting trial due to inability to pay bail are often low-income, this financial assistance is significant. They should not have to continue a pregnancy they don’t want to because of how much money they have.

Once at the clinic, there is no limitation on the type of abortion one can choose. But to the best of TCCC’s knowledge, no one has ever decided to have a medical abortion when returning back to the facility — likely because even experiencing a period while incarcerated can be uncomfortable, and they are accompanied by an officer the entire time. Handcuffs are also used whenever an incarcerated person is escorted outside of the facility, including during the counseling session and procedure at the abortion clinic.

But one clinic director said that once an incarcerated person arrives, they are provided with a private space beyond the waiting area so they don’t have to feel even more stigmatized during their visit. And while restraints during the procedure are encouraged, their doctor often successfully advocates on their behalf against them.

Restraining a patient with handcuffs during an abortion can not only be an uncomfortable experience, but it can also increase the patient’s safety risk; inhibiting the administration of IV sedation.

When compared to other jails in Texas, the Travis County Correctional Complex has set the standard for abortion care when experiencing incarceration. We contacted other facilities in the state, and witnessed the stark contrast in approach.

Abortion while incarcerated across the state

Other facilities explained that financial and logistical needs would have to be arranged by the incarcerated person with assistance from family or friends outside of the jail. In most facilities who shared their approach, the abortion would also not take place until they were released on bail.

“We’d have to address that once it happens, but that’s how I’d imagine it to be,” one spokesperson said.

Several facilities in north Texas said that there has never been a request for an abortion.

“I’ve been here since the beginning, and I can’t say that’s ever happened,” said a spokesperson.

Others in west Texas said they wouldn’t permit “medically unnecessary procedures” while awaiting trial. Facilities in the southern parts of the state said that while they don’t have any policy in place permitting the facilitation of abortion while incarcerated, they don’t have one in place prohibiting it, either. In central Texas, some facilities shared that they follow the state prison policy, which is providing transportation and release for the abortion if arrangements are made from those they know outside of the facility. But they only knew of one person ever requesting one — and the person was released before the process was started.

If incarcerated people aren’t requesting abortions at other county jails, it begs the question — is it because no one is telling them they have a right to?

Most women experiencing incarceration are already a parent. 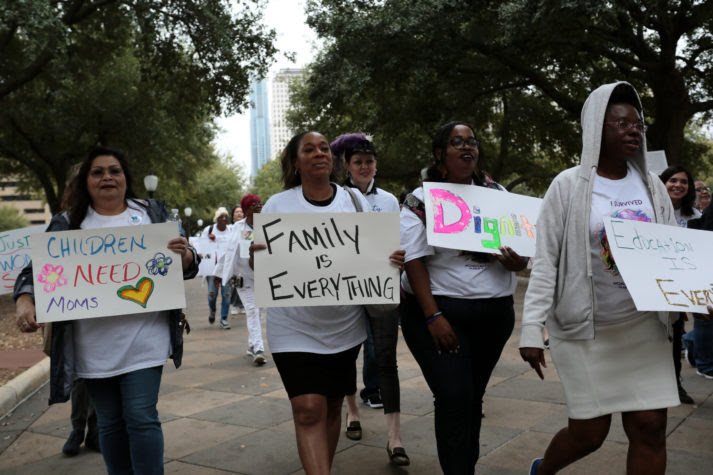 Over the years, the Texas Jail Project has successfully advocated for policy changes that affect pregnant incarcerated people in Texas. Through a coalition with other local Central Texas organizations, like Mama Sana/Vibrant Woman, they have demanded the need for policies to ensure appropriate care is provided — and that facilities are being held accountable.

For those who want to advocate against problematic policies, people can contact The Texas Jail Project for support through the process.

“We can show you how to set up alerts to your phone or computer that notify you of upcoming committee hearings, and we’re happy to coach you on how to submit testimony. This is something anyone can do, and even writing a letter to our Representatives is an option. We want people to feel confident when discussing policy changes that would affect incarcerated people in Texas,” said Diana Claitor, executive director of the Texas Jail Project.

The Trust Respect Access Coalition worked with the 2019 Texas Legislature to pass an anti-shackling law (House Bill 650) and other reforms, ensuring that those who are pregnant while incarcerated are treated with dignity.

"Fighting for reproductive justice includes honoring the humanity of pregnant incarcerated people and supporting them the best way we can,” said a spokesperson for The Lilith Fund for Reproductive Equity, an abortion fund serving central and southern Texas. “Lilith Fund is proud to play a role in ensuring they can access safe abortion care, but more must be done to end systems of incarceration that violate the human rights and dignity of all incarcerated people in Texas.”

I’m proud that my local county jail, Travis County Correctional Complex, values the rights of those experiencing incarceration. Other facilities across the state could benefit from using their approach as a model, because everyone deserves the right to access an abortion.