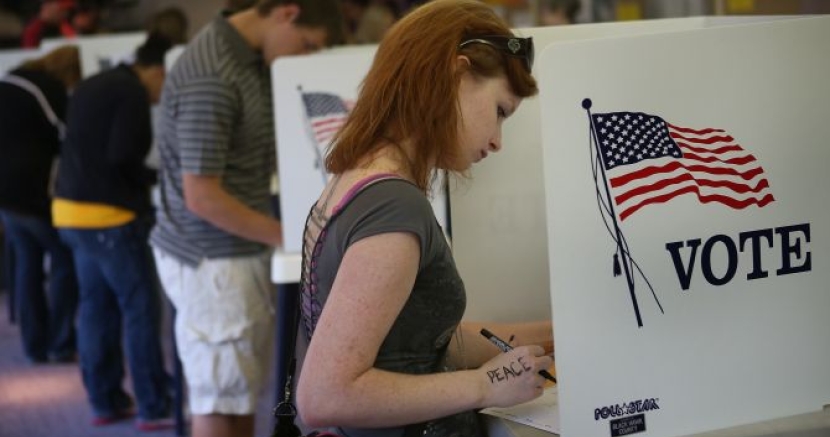 Texas does not have a great record when it comes to voter participation - and it seems that some politicians would like to keep it that way.

Texas doesn't have a great record at all when it comes to voter participation. There was a glimmer of hope during the 2017 legislative session as Democrats successfully helped pass a bill to expand ballot access for elderly and disabled voters.

However when it came to voter ID, redistricting, straight ticket voting, and online voter registration, Republicans stood in the way of nearly every other opportunity to take action.

“Intentionally discriminatory.” This is the phrase that numerous courts used in ruling against the state’s voter ID law and redistricting maps.

This year Republicans did expand the list of ID’s that are accepted at the polls - but then they also added a criminal penalty if a voter chooses an ID from the expanded list but are found to also have an ID from the original list. Got that? You have more options - but you don’t really have more options. The law also states that gun licenses are ok, but student ID’s are not.

Both the courts and opponents of the law state that voter ID limits poll access for communities of color. State Representative Jarvis Johnson (D-Houston), in arguing that the state was being willfully negligent in allowing new forms of voter suppression, stated “maybe we don’t want to know the brutal honest truth about who this bill truly is impacting.”

Rep. Simmons stated, “I’m not taking away a right. I’m taking away an option.” Correct. Eliminating straight-ticket voting is eliminating an option - an option that makes voting easier and is more often utilized by minorities, the elderly, and voters with disabilities and a Federal District Court recently blocked a similar bill in Michigan bill for that exact reason. This is begging for yet another voter suppression law suits here in Texas.

Republican proponents say eliminating straight-ticket voting will require voters to do more research on down ballot races forcing more informed voters. But, when Democrats asked for data showing that eliminating straight-ticket voting made for more informed voters, Rep. Simmons was not able to provide any - because the House has never conducted any studies to collect relevant data.

Representative Chris Turner (D- Grand Prairie)  pointed out that in Harris County, there are often over 100 offices on the ballot at one time. In order to cast a full ballot, voters would have to go through and cast votes for each office individually taking an inordinate amount of time that many working voters do not have to wait in a line even longer than what we already see on Election Day.

Redistricting, which has been in court since the first maps were draw in 2011, saw no movement and is due back in court this July. But the legislature has already proven that it cannot draw fair maps, which is why we’ve called for an independent commission.

Apart from its Republican-earned reputation of discrimination, this session will also be known for its loud and clear message of who will be on the right side of history. The resistance is strong and will continue to bring the heat to anyone who wants to spread hate in our state.

Lawmakers should ensure that voting is as universally accessible and convenient as possible. This is another example of Republicans getting hypocritically regulatory of the independent decision making of citizens, and playing politics with Texans’ basic democratic rights.