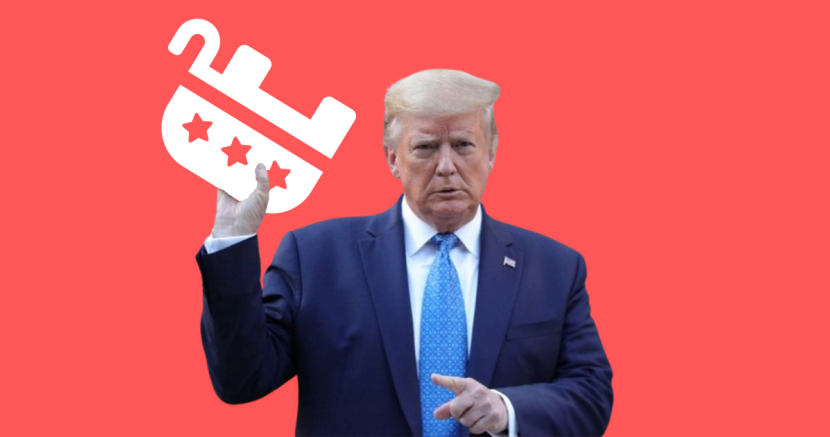 Today’s Texas GOP is the Party of Trump, and it will do anything to hold on to power

Republicans have no platform. Their allegiance is to Trump, and they've given up on any discernible values

Early voting starts in less than two weeks here in Texas, and it seems the Texas GOP has still not finalized their platform from their 2020 convention.

When you visit the 2020 Texas GOP Convention page, the section where the Google Doc for their platform is located reads “Documents in process for 2020 convention.” This is because the Texas GOP Convention in July was a complete disaster, and the party had to schedule a second convention to take care of all the remaining business it didn’t finish.

As if an unfinished state platform wasn’t bad enough, this year, the Republican National Committee decided not to write a new party platform at all. Instead, ahead of the Republican National Convention, the committee unanimously approved a resolution stating that the party "will continue to enthusiastically support the President's America-first agenda." This should have every voter concerned.

Today’s GOP is the Party of Trump.

Having no platform means there’s no accountability. Pledging allegiance to Trump instead of the country means that Republicans approve of whatever actions he takes. The Republican Party is no longer a party at all. It’s a Trump cult.

Voters need to be aware of what they’re voting for in the upcoming election. Today’s Republican Party has no discernible values. Their ultimate goal is holding on to power, and they’ll do whatever it takes to accomplish that goal. Even if that means supporting a fascist president who continues to undermine our democracy and won’t commit to a peaceful transfer of power.

A vote for any Republican is a vote for Trump. This is as true in Texas as it is across the nation.

Here in Texas, there is ample evidence of the Texas GOP’s collapse and their transition to the Party of Trump. Just this week, a group of Texas Republicans composed of characters such as Texas GOP Chairman Allen West, Agriculture Commissioner Sid Miller, and multiple members of the dwindling Texas Freedom Caucus filed a lawsuit against Gov. Greg Abbott because of his decision to extend early voting by one week to make voting safer during the coronavirus pandemic. This is not the first lawsuit Texas Republicans have filed against their own governor during this pandemic.

It’s clear that the Texas GOP will do anything to suppress the vote, including sue one another. The party is well aware of Texas’ changing political landscape, and just like Trump, they're trying to hold on to power for as long as possible. They don’t care about destroying our democracy in the process.

We need lawmakers who put our democracy and our Constitution first. We need lawmakers who care more about the people they’re put in office to serve than they do about holding on to power. We must elect progressives up and down the ballot in this election. Otherwise, we’ll be stuck with a clan of little Trump clones.