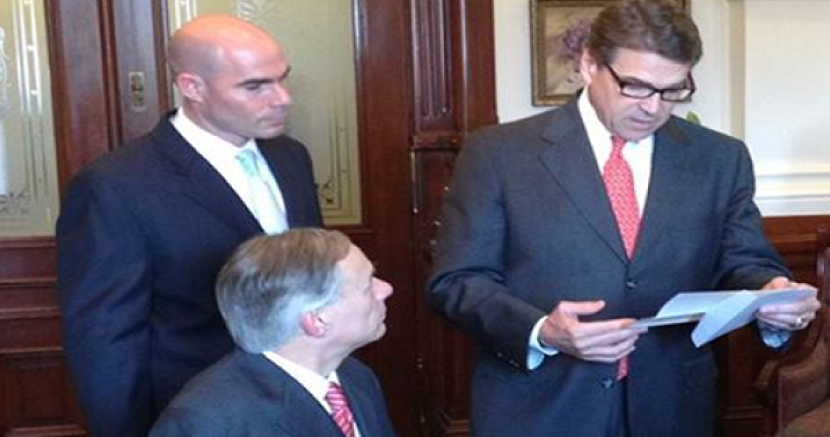 Texas Republicans claim to aim for a more inclusive party, and Greg Abbott claims to be running an inclusive campaign, yet Republicans remain as entrenched and divisive as ever.

While chairing a Texas House committee hearing yesterday, Republican State Rep. Dennis Bonnen - who is the Speaker Pro Tempore of the House - said it is easier for teachers to work with out-of-state students from Louisiana than students from Mexico because teaching "coonass in English" is easier than teaching Spanish.

The term "coonass" is used as a disparaging term for Cajuns. When used while talking about Katrina school children, as Chairman Bonnen did, it is absolutely unacceptable. When Alabama's head football coach Nick Saban used the term in an off-the-cuff remark in 2007, it led to national media coverage and a public apology.

"When Republicans use slurs so casually, it proves they are still clueless as to what inclusion means," said Ed Espinoza, executive director of Progress Texas. "An elected official should have the judgment to know that terms like this are unacceptable, especially when directed towards kids."

A transcription of the exchange is below, and can be viewed by going to the 4:57:33 time marker of yesterday's hearing:

Rep. Dennis Bonnen: "I want to be clear - a Katrina child is far different. We can make jokes and pick on Louisiana and it's fun and all that, but it's a hell of a lot different bringing a kid over from Louisiana than a child who's just made a treacherous journey.

Darby: And you're allowed to ask a kid from Louisiana where he's from.
Anderson: The Louisiana government actually gave us their records. It was very easy.
Bonnen: Correct. There's a significant difference. We had to have a teacher who could do coonass in English, but here we have to do Spanish and English, maybe, and there's a higher marker."

Bonnen was speaking as Chair of the Select Committee on the Fiscal Impact of Texas Border Support Operations. His comments came while talking with Rep. Drew Darby and Texas Education Agency General Counsel David Anderson about how the potential increase of children fleeing violence in Central America could impact the Texas public school system. The committee had been looking back at what Texas did when we accepted thousands of children from Louisiana public schools when the remarks were made.
Tags
Tea Party