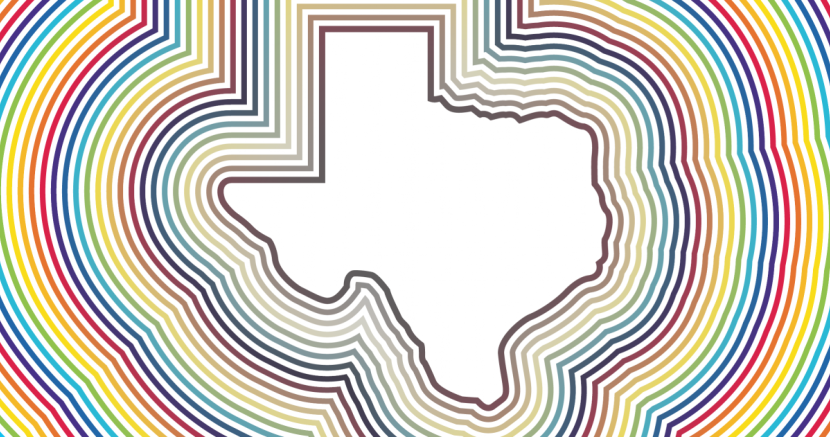 Texas lawmakers are tainting our rainbow

We've got a long way to go before we reach full equality, Texas.

Throughout the month of June, Pride celebrations replete with rainbow flags and messages of support remind us that we are not alone and should be proud of who we are.

However, Pride also forces us to acknowledge that the movement for equality has a long way to go, especially here in the great state of Texas.

In recent months, three trans women of color in Dallas were murdered. There’s been an influx of hate crimes against the trans community in our nation, which many credit to the hostile political climate. Trans lives are under attack at the national level and at the state level.

In addition to these tragedies, Texas has no statewide laws protecting LGBTQIA+ individuals from discrimination, so-called "conversion therapy" is still legal, and unemployment is higher for queer Texans.

The fact is the LGBTQIA+ community in Texas still faces immense challenges, discrimination, harassment, and violence in many forms. This includes attacks by lawmakers who do not see members of the community as deserving of equal rights.

The impact of the 86th legislative session from the queer perspective

The elected officials at the highest level of government in our state have not been shy about expressing their hatred for the LGBTQIA+ community in the past. But now they know that doesn’t poll well, so they do it quietly instead.

In the most recent legislative session, attacks against queer Texans — though more discreet — continued.

We had bills on bills with the sole purpose of attacking queer Texans. These attacks took the form of the anti-LGBTQIA+ “Save Chick-Fil-A” bill, the license-to-discriminate bill, and more.

One thing was different this session: we had a lot of wins thanks to the new LGBTQ Caucus. But queer folks shouldn’t have to stand in front of a room full of lawmakers and tell extremely personal coming out stories or stories of trauma, to show that discrimination is wrong. That should be obvious.

After a session that began with so much promise, it is still perfectly legal to discriminate against LGBTQIA+ Texans simply based on who they are or whom they love. Efforts to change this went nowhere. Even efforts to ban conversion therapy were unsuccessful.

Lawmakers had opportunities to pass bills that would have provided comprehensive protections for LGBTQIA+ Texans in state nondiscrimination laws. But instead, Texans can still be denied jobs, evicted, and discriminated against because of their queer identities.

What does this mean?

Texas has failed to pass any legislation that protects the most basic rights of LGBTQIA+ folks. This says a lot about whose lives our lawmakers value.

Their actions send a clear and hurtful message. To them, queer lives don’t matter.

The discrimination that we’ve seen from conservative politicians in Texas fuels hatred among their bases and legitimizes the types of attacks we’ve seen directed at queer individuals in our state.

Certain lawmakers give homophobic, transphobic actions a pass and then try to garner support from our community.

So to those politicians, I say …

You can’t spend an entire session attempting to legislate hatred and discrimination against the LGBTQIA+ community and then turn around and wonder why hate crimes against those same individuals are increasing in our state.

You can’t ban transgender folks from the military and then post about celebrating Pride Month in June.

You do not get to spend all year stirring up hatred against us, and then claim allyship when it is convenient for you. This is OUR month. A month when we choose to celebrate all of the strides our community has made in spite of the obstacles thrown in our way from people like you.

We see you. You do not get to claim us.