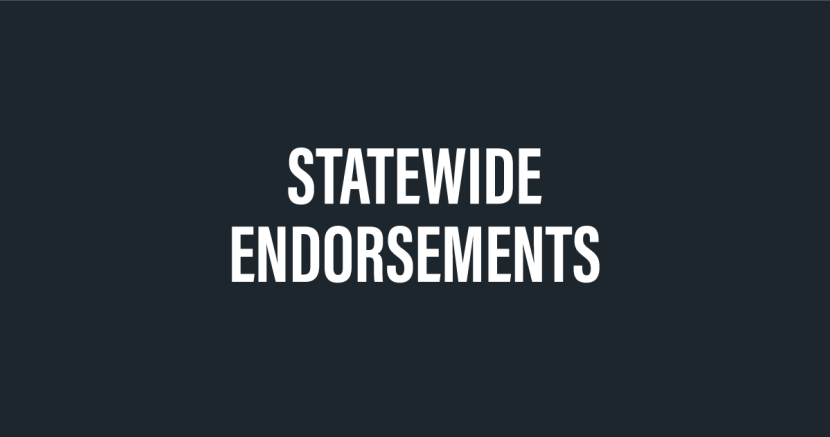 The Progress Texas board of directors has opted to endorse a slate of candidates in the Democratic primary.

For the first time in our eight-year history, the Progress Texas board of directors, a 501c4 organization, has opted to endorse a slate of candidates in the Democratic primary. This is a year in which Democratic enthusiasm is high and as such we have seen many candidates file for office. But many statewide races do not get much mainstream media coverage, and thus there is a need to help fill an information gap.

Over the course of this campaign, the Progress Texas team has had the opportunity to meet candidates personally, see them speak, read their positions, attended candidate forums around the state, and many of them responded to the 10-item survey we circulated.

The decisions were based on four criteria: qualifications for the position sought, the strength of the campaign being waged, espousing progressive values and considering the narrative of our collective endorsements. With that, we endorse the following candidates and recommend that our subscribers consider supporting them.

U.S. Senate Beto O'Rourke.:  He is smart, experienced, and was one of the first to put himself out there and run statewide at a time when many other entrenched Democrats flinched at the notion. He is knowledgeable on the issues and, rather than speaking in soundbites, he speaks to subjects with an intelligent and an informed opinion. We admire that he has shunned off PAC money and is running an energetic and engaging grassroots campaign in all 254 counties. The Democratic Party needs dynamic leaders like Beto O'Rourke and we are proud to offer our support to his efforts.

Lt. Governor: Mike Collier. Mike Collier is a retired accountant who has positioned himself as the "education finance" candidate. Public education is a critical issue in Texas as are the property taxes which fund them, Collier's background is well-suited to tackle this issue. Education finance may be the single biggest bipartisan issue in Texas and Collier is best suited to take Lt. Governor Dan Patrick to task on that subject and so many others.

Attorney General: Justin Nelson, though uncontested, is immensely qualified for the position of Attorney General and a good addition to the Democratic ticket. The term of incumbent Republican Ken Paxton has been riddled with controversy, starting with indictments for fraud and continuing with his attempt to undermine the U.S. Supreme Court's decision on marriage equality and his support for witch hunts of Planned Parenthood. Justin Nelson has demonstrated strong fundraising capabilities and he will be a formidable opponent to Paxton.

Land Commissioner: Miguel Suazo, 37, is a former U.S. Senate staffer who currently works as an energy and natural resources attorney in Central Texas. If nominated, he would be one of the only Latinos on the statewide ticket and it appears he would be the only millennial. Raised on a cattle ranch and Georgetown educated, he is uniquely qualified for the job. The DMN wrote that "most every notch on energy attorney Miguel Suazo's resume corresponds with the experience necessary to run the Texas General Land Office," and referred to his opponent, Tex Morgan as "a smart guy with a heart for service, but he is no match for Suazo in this race."

Comptroller: Joi Chevalier is another candidate who is immensely qualified for the position. An entrepreneur who currently manages a business in the food industry, she has an intricate knowledge of finance and an impressive understanding of how the Texas Comptroller's office can be more engaged in proactively making Texas a better state. As an African American woman, she also brings much-needed diversity and representation of voices to the ticket. Added the DMN: Chevalier demonstrated an impressive understanding of the state's challenges in our Voter Guide questionnaire, listing, for example, nearly a dozen ways that she would improve Texas' tax system.

Agriculture Commissioner: Kim Olson is uncontested though has a compelling personal story. From rural Texas and a retired Lt. Col in the U.S. Air Force. She is running a strong campaign and may have already hit all 254 counties.

Railroad Commissioner: Roman McAllen. The best thing any candidate can do with this office is changing the name to "Energy Commission." We believe that Roman McAllen is the stronger choice in the field. In his announcement video, he detailed his plans for the job, and his website offers a statement we can wholeheartedly agree with: "Commissioners of the Texas Railroad Commission are protecting industry, not the public. Let's change that."