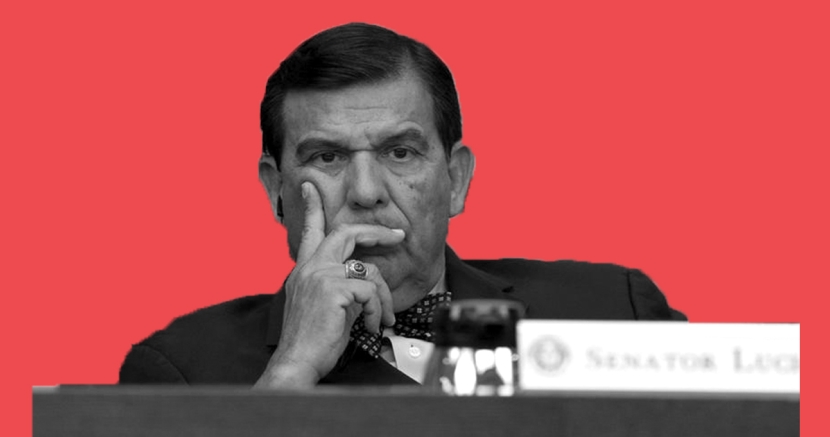 Victoria Guerrero
Lucio’s passive leadership during the global COVID-19 pandemic will take its toll on the community he seeks to serve.

The results from the Mar. 3 primary election brought hope to a lot of Rio Grande Valley organizers who have been working hard to unseat a senior member of the Texas Legislature, Senator Eddie Lucio Jr. of Senate District 27.

Lucio, who has spent his almost 30 years in office serving as a Democrat yet has a significant history of not voting along party lines, was initially projected to be a clear winner, having outraised both of his opponents. But it was made clear that his fight would not be as easy as he once thought when a runoff election with trial attorney and human rights advocate Sara Stapleton Barrera was declared.

Now, amidst a global health pandemic, Lucio has failed to respond to the needs of his constituents and the runoff election has been postponed to July 14.

A “Democrat” without values

Lucio began his departure from Democratic values when he actively supported tort reform, an issue primarily funded and driven by conservative extremists. Since then, he has consistently aligned himself more within Republican party voting lines by voting in favor of legislation that restricts abortion access and the rights of the LGBTQIA+ community, all while remaining mostly unchallenged, until now.

“Senator Lucio has gotten very comfortable in his seat, but he has put the lives of queer people and women in danger from defunding critical care and barring people from being their most authentic selves,” said Aileen Garza, RGV youth organizer with Planned Parenthood Texas Votes.

Voters agree. When the votes of both of his challengers were combined, a larger number of SD 27 residents voted against keeping Lucio in office rather than those who voted in favor of him.

With his fate being held up in the air by the now postponed runoff election, one might assume that Lucio has been proactively working to ensure his district and community have the necessary resources to combat the COVID-19 outbreak.

That is not the case.

Lucio’s lack of leadership on COVID-19

It took WEEKS for Lucio to send out a statement on COVID-19, let alone provide guidance or resources for his community.

Lucio’s inaction goes further: he did not urge local officials within his district to cancel mass gatherings with more than 50+ people in attendance that posed a significant public health threat to all of Texas, such as the spring break events at South Padre Island that have garnered national attention, or the Mercedes Livestock show which usually garners thousands of participants yearly.

With Texas being home to more than 27.8 million people, about 1.4 million in the Rio Grande Valley alone, while also holding the highest uninsured rate in the nation, the current global pandemic will hold public health, social, and economic implications for our state that we cannot even begin to imagine. The negligence and oversight from Texas elected officials, including Lucio, to mitigate the early spread of COVID-19 and to offer support to Texans during this crisis will no doubt have detrimental consequences.

With Lucio serving a predominantly Latinx, low income and uninsured community, his failure to act swiftly will be particularly dangerous to the vulnerable community that looks to him, and all elected officials alike, to support them in times of crisis. Not only will his oversight affect his district, but it can also have a profound effect on the sister cities of Mexico of which SD 27 shares a border with.

“Our communities nor Texas were prepared for a pandemic,” Garza said. “This is why systems need to evolve with the technology we use day to day. Online voter registration can be secure and more convenient for people registering and people checking information because we use technology for everything. With an added system like optional voting by mail [it] would also lessen the wait at polling places and keep everyone safe. If the process can’t be accessible how can anyone expect to be accurately represented.”

By failing to stress to his constituency base the severity of the situation and by failing to place pressure on local and state officials to set stricter guidelines to ensure the safety of the community he serves much earlier, Senator Eddie Lucio has failed Senate District 27.

Considering his dangerous voting record, and his actions during this global crisis, voters will have much to consider come July 14.