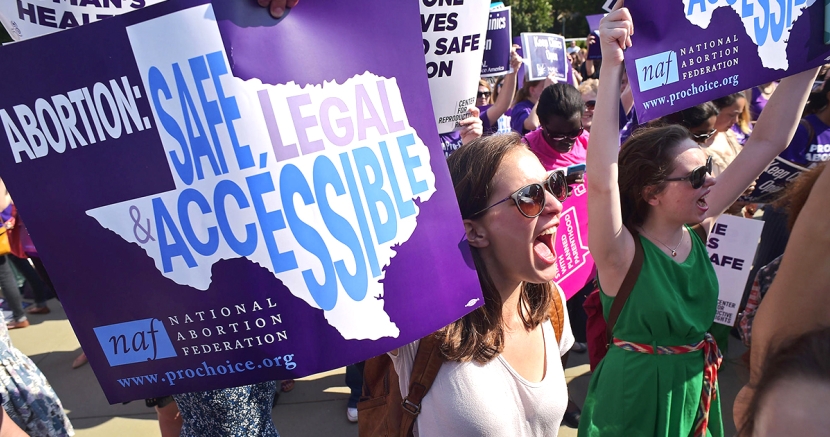 On Monday, in a 5-4 ruling, the U.S. Supreme Court struck down a restrictive Louisiana law designed to close clinics and undermine access to abortion with their decision in June Medical Services LLC v. Russo.

By ruling in favor of abortion access, the Court upheld precedent established just four years ago in the Texas case Whole Woman’s Health v. Hellerstedt in which an identical admitting privileges law was struck down.

In their ruling, the Court wrote:

“The Louisiana law imposes a burden on access to abortion just as severe as that imposed by the Texas law, for the same reasons. Therefore Louisiana’s law cannot stand under our precedents.”

For decades, extremist legislators in our state and across the country have been working to destroy access to abortion, but the Court did not fall victim to Republicans’ latest attempts. Instead, SCOTUS affirmed what we already know to be true: abortion is essential health care.

While this ruling is cause for celebration, there was no reason for this case to have gone as far as it did. As mentioned, the Louisiana law that was struck down is identical to Texas’ HB2, which SCOTUS struck down in 2016. Last we checked, the Constitution hasn’t changed since then.

Though SCOTUS upheld precedent, the conservative 5th Circuit largely ignored it, which is what sent this case to the Supreme Court to begin with. Our courts have a role in protecting access to abortion care based on their interpretation of the law, and in cases such as these in which the Supreme Court has already made the law known, it is the duty of the courts to follow precedent.

The only difference between 2016 and now in regards to this case was the makeup of the Supreme Court. Since 2016, Trump has appointed two conservative, anti-abortion justices who have made is clear that they are willing to overturn precedent to attack abortion rights. Fortunately, Chief Justice John Roberts recognized the importance of precedent over partisanship, but the decision could have just as easily gone the other way. And what’s concerning is that four of the Court’s justices did in fact rule the other way. They were willing to go directly against precedent established just four years in favor of advancing a political agenda.

Abortion is essential, time-sensitive health care, and when someone decides to seek abortion services it should be affordable, accessible, and compassionate care. We need judges and justices who recognize this, who are committed to protecting abortion rights, and who recognize the importance of the precedent that’s been established in prior abortion cases such as Roe v. Wade and Whole Woman’s Health.

While this victory is important, there is much more work ahead to ensure the rights affirmed today are a reality for people across the country. That work starts with showing up to vote for progressive lawmakers who are committed to protecting abortion rights and expanding abortion acccess, and who will nominate judges and justices that will do the same. Elections matter.