ON THE SCENE: In face of 6-week ban, abortion rights advocates stand strong 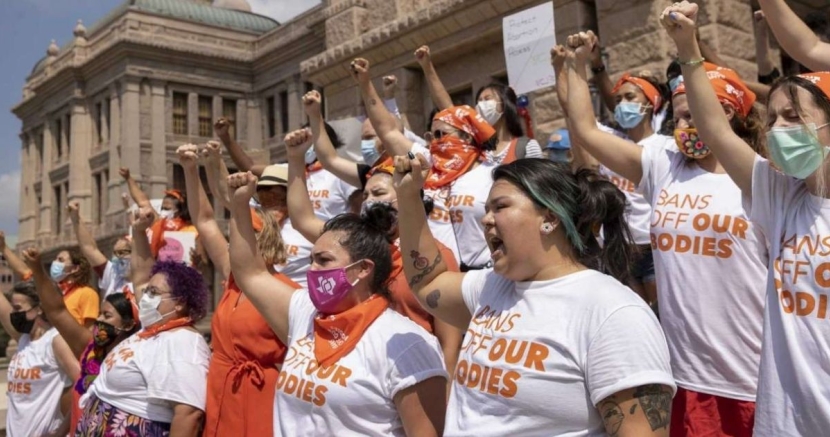 Wesley Story
Abortion supporters are the majority in Texas and we refuse to be silenced.

In a state like Texas, hope can be a rare commodity.

This week was devastating as a number of terrible laws went into effect, including SB 8, Texas’ six-week abortion ban. Because many people don’t know they are pregnant at six weeks, the ban has a sweeping affect and bars a vast majority of abortion care in Texas. The law also allows a citizen from any state to sue any Texan who provides assistance to someone seeking abortion, and reap a $10,000 cash reward - literal bounty hunters

Once again, Texas is ground zero in the fight for abortion rights. Organizations are preparing for lawsuits, Texans seeking abortions are being turned away, and a basic human right — the right to control what happens to one’s own body — has been stolen.

But even in the face of extreme distress, abortion rights advocates and supporters have demonstrated their strength and resilience. Advocates and everyday Texans organized performance protests across the state to speak out against the six-week ban and remind Texans that we have strength in numbers.

Abortion supporters are the majority. We are everywhere, and we refuse to be silenced.

During the protests, Texans had a message for anti-abortion extremists and the lawmakers responsible for this law: Keep your bans off our bodies!

Art is powerful and resistance is necessary. Acts of defiance replenish hope for the fight ahead. So please, take a look at some of these photos, videos and coverage from the protests. Refuel your hope, because that’s what it will take for us to get through this fight.

We are outside the federal courthouse in Houston telling the state of Texas to keep their #BansOffOurBodies. #sb8 pic.twitter.com/EQesWkzCVq

Do you hear us, #txlege? pic.twitter.com/7ZIztwLiY3

Even in this time of deep trauma, the Texas abortion rights community is standing strong against the six-week abortion ban (#SB8).

Abortion is a human right, and we will keep fighting until abortion is accessible to all ✊ #BansOffOurBodies #TXDeservesBetter #txlege pic.twitter.com/GTxXTkV6Dk

In case you want to post a #BansOffOurBodies video of your own, here is the full chant that protesters recited across the state. And here is a step-by-step video of the performance that goes along with the chant.