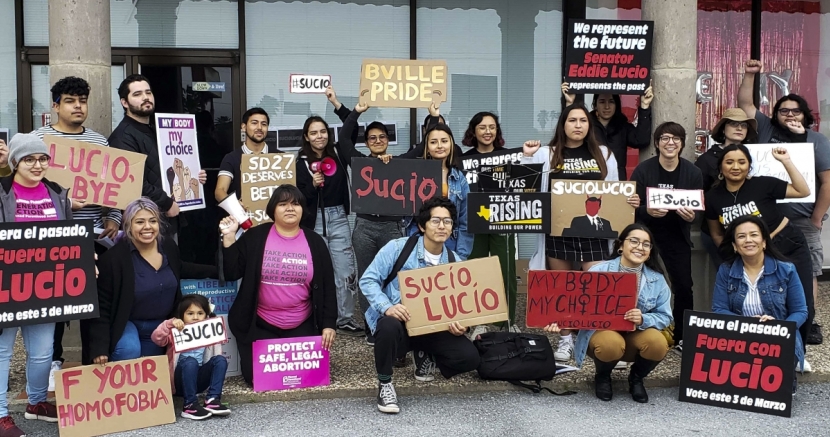 Lucio is well-known for supporting discrimination against LGBTQIA+ Texans, opposing women’s right to make their own reproductive health care decisions, and scheming to take money away from public schools.

In fact, Lucio’s office closed early on Tuesday, assumably to avoid facing constituents who are advocating for change.

Sen. Lucio's offices in Brownsville are typically open until 5:30. Today, they're shut down early.

This is another instance of Sen. Lucio refusing to listen to members of Texas Rising Action from the #RGV. pic.twitter.com/fHdV29TIDT

This isn’t the first time Lucio has avoided meeting with constituents, and his track record shows that he sides with the likes of Greg Abbott, Dan Patrick and Donald Trump on issue after issue.

Lucio is no progressive champion for the Rio Grande Valley. The 2020 Democratic primary is the first serious primary challenge Lucio has faced in years, and it’s an opportunity for progressive residents in the Valley to demonstrate their growing political power and vote against Sen. Eddie Lucio.