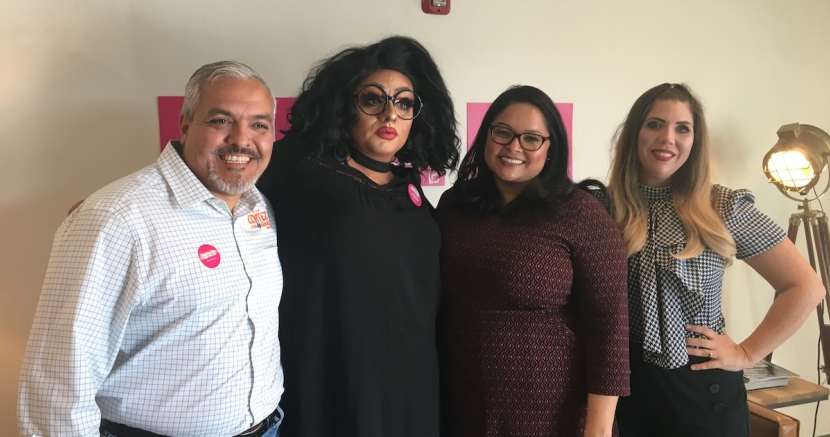 Planned Parenthood Texas Votes held its first-ever candidate forum in the Rio Grande Valley in December with the candidates running in the Democratic Primary for Texas Senate District 27. Noticeably absent from the forum was longtime incumbent Senator Eddie Lucio Jr.

For the first time since he took office in the early 1990s, Lucio is facing two formidable primary challengers in the race for SD 27. Sara Stapleton-Barrera, a former trial lawyer, and Ruben Cortez, a member of the State Board of Education, were both present at the candidate forum and voiced strong support for defending reproductive health and rights. Full video of SD 27 candidate forum is available here.

“Senator Lucio has served in the Texas Legislature for nearly three decades and, during that time, he has actively fought for and authored extremist, anti-choice, anti-health care policies that have left women and families in the Valley with few affordable health care options and the inability to seek preventive and lifesaving care. It's time that our community hold him accountable for his record," said Aileen Garza, Rio Grande Valley Youth Organizer for Planned Parenthood Texas Votes.

Both Stapleton-Barrera and Cortez present a stark contrast to Lucio, who has consistently voted against the LGBTQIA+ community and reproductive rights. In 2013, Lucio voted in favor of the infamous and sweeping anti-abortion bill HB 2, ultimately deemed unconstitutional by the Supreme Court, and in 2017, he was the only Democrat to vote for Lt. Gov. Dan Patrick’s transphobic “bathroom bill.”

In the most recent legislative session, Lucio broke party lines and voted in favor of Senate Bill 22, which prohibits local governments from partnering with Planned Parenthood and certain other health care providers. The bill was implemented on Sept. 1, 2019 and was vehemently opposed by more than 30 leading local officials across Texas because it would be “devastating to our cities and counties, where too many residents are already uninsured and medically underserved.”

Lucio also authored and passed Senate Bill 24, which requires false and misleading information to be given to those seeking an abortion about “characteristics of an unborn child” in order to shame and coerce them from their decision. The bill was one of three anti-abortion priority bills for Lt. Gov. Dan Patrick.

Lucio’s political agenda has been the most consequential for Valley residents. A report originally published in 2014 by the National Latina Institute for Reproductive Health and the Center for Reproductive Rights highlighted that more than one in three Valley residents live below the federal poverty line, an even higher percentage (38%) are uninsured and the distance to affordable health care providers makes it almost impossible to access care. As a result, the report concluded that the “Valley’s women and their families have experienced negative health outcomes, even death, due to a lack of access to reproductive health care.”

“Senator Lucio is no progressive and no champion for the Rio Grande Valley. He has been leading the charge to strip away reproductive healthcare from Texans, hurting his own community of the Rio Grande Valley the hardest in the process. Lucio has always been the extremist right’s trusted vote when it comes to attacking abortion access, reproductive healthcare, and LGBTQ rights. We deserve better than someone who is more interested in advancing Dan Patrick’s harmful agenda, than helping his community thrive,” said NARAL Pro-Choice Texas Executive Director Aimee Arrambide.

At a time when reproductive rights are under attack across the nation, we need strong advocates for women's health care at all levels of government.

Senator Lucio's time in office is up, and the Rio Grande Valley is ready for progressive leadership that represents the needs of the people.