Revisiting Roe v. Wade on the verge of 50 years 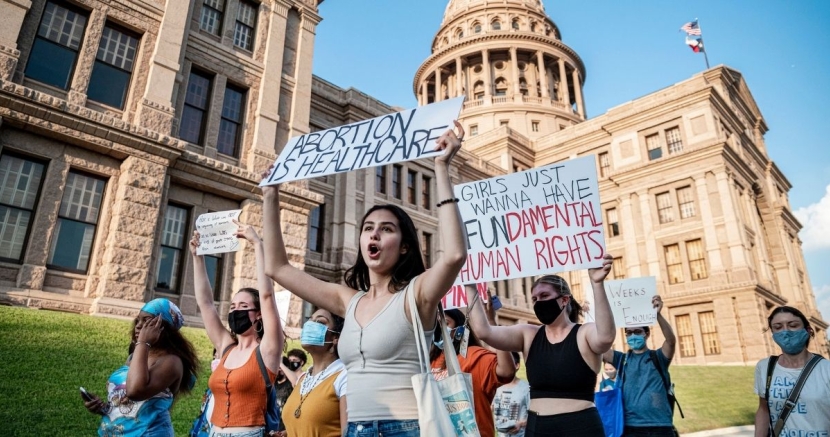 On its 49th anniversary, Roe v. Wade is on the Supreme Court’s chopping block.

On January 22, 1973, the Supreme Court ruled in Roe v. Wade that the constitutional right to privacy “is broad enough to encompass a woman’s decision whether or not to terminate her pregnancy.” The beginnings of this landmark case started right here in Texas. Norma McCorvey, known under the pseudonym Jane Roe, became pregnant with her third child in 1969 but was unable to obtain an abortion due to a Texas law that criminalized abortion unless a woman’s life was at stake. Attorneys Sarah Weddington and Linda Coffee filed a lawsuit on her behalf that eventually made its way to the Supreme Court, where abortion was legalized nationwide in a 7-2 decision. Weddington is the youngest person to ever argue before the Supreme Court, doing so at age 26. She passed away late last year at the age of 76.

Before Roe, illegal abortions made up 17% of all pregnancy related deaths. After Roe, abortion procedures have had a 99% safety record. Roe saved countless lives by ushering in an era of safe abortion, however it did not take long for anti-abortion lawmakers to begin eroding access to abortion. The Hyde Amendment in 1976 barred federal Medicaid funding from being used to obtain an abortion. 38 states require parental involvement for minor’s seeking an abortion. Abortion restrictions such as these illustrate that legality is the floor for ensuring reproductive autonomy. People of color, folks with disabilities, those who are low-income, young people and other marginalized communities have always struggled to access abortion, even after Roe.

Help us keep up the fight to defend abortion rights by donating today.

Now in Texas, it’s as if Roe v. Wade never existed. The Supreme Court has refused to block enforcement of SB 8, a law that bans abortion at six weeks before most know they’re pregnant. Abortion is essentially outlawed in Texas except for those who obtain care early enough or have the resources to travel out of state. The situation in Texas is a testament to what a future with only Roe (and worse, a future without Roe) will look like. A future on the verge of becoming reality awaits the Supreme Court’s decision in Dobbs v. Jackson Women’s Health Organization, a case that could overturn Roe v. Wade.

According to the Guttmacher Institute, if Roe is overturned 26 states are certain or likely to ban abortion. Texas, and 12 other states, have trigger laws in place that will immediately ban abortion. The constitutional right to an abortion isn’t the only thing at stake. Not only is access to an abortion guaranteed by decades of precedent, but a majority of Americans think that abortion should be legal in all or most cases. The Supreme Court agreeing to hear arguments despite the lack of legitimate reason signals that the stacked court will hear test cases on any political agenda they see fit. Additionally, legal scholars have warned that weakening or overturning Roe could have repercussions on other rights guaranteed by the constitutional right to privacy such as same-sex marriage and the right to use contraception.

On Roe v. Wade’s 49th Anniversary, let’s remember what access to legal abortion has meant to us and those most important to us. However, we must also recognize that we can do better to ensure that safe, legal abortion is accessible to all. Support your local abortion funds and demand that lawmakers pass federal legislation like the Women’s Health Protection Act and the EACH Act to end the Hyde Amendment.