Our most basic rights are on the ballot in November. Protect them by putting progressives on the bench. 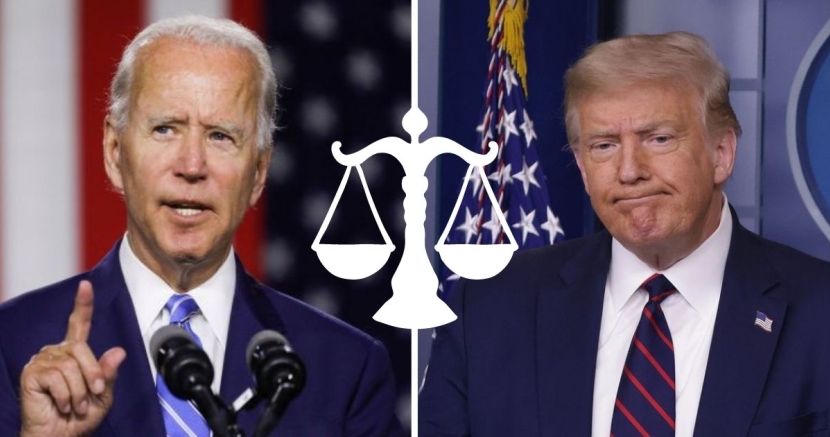 Wesley Story
The U.S. Supreme Court is important, but so are lower level federal courts and state courts. Let’s elect progressives up and down the ballot to defend our rights in the judiciary.

It may sound cliché, but the 2020 election really is the most important election of our lifetime. Not only are we electing a president, but we are also deciding who controls the courts and who represents us in the state and federal judiciary.

At a time when a single court case could determine whether you can vote safely, or even who has control of your body, it is crucial that we recognize the importance of the courts. This election will decide the fate of many lingering legal battles, and battles to come. Who sits on the bench will mean all the difference.

Our rights are at stake.

Texans must understand that this election isn’t about Republicans versus Democrats. It’s not even about us as individuals. This election is about the future of our democracy and the rights that we hold dear.

The progress made by the Civil Rights Act and the Voting Rights Act is under attack by conservatives who are determined to take away voting rights for political gain. Republicans have also made it clear they want to overturn Roe v. Wade, and in the midst of a global pandemic, they’re challenging the Affordable Care Act in the Supreme Court, threatening tens of millions of Medicaid beneficiaries. This is just a small sample of the legal issues that courts will rule on in the next few years.

Just this week, Trump announced that Sen. Ted Cruz is on his list of potential Supreme Court nominees. If you’re a rational human being, then the thought of Cruz on the Supreme Court probably makes you want to scream. Now consider the fact that whoever wins the presidency could appoint anywhere from one to four justices to the Supreme Court during their term. Not only that, but they will also have the power to appoint judges to the lower federal courts. That’s a huge deal!

The courts can move us forward - and back.

As we’ve seen in the past with issues like same sex marriage and abortion rights, federal courts have the power to protect and preserve our country's progress. But they also have the power to take our country backward. Important issues like these make their way through federal courts at lower levels - district and circuit courts - before maybe going to the Supreme Court. In the end, only 2% of all federal cases make their way to the Supreme Court. So while we should certainly be concerned about who’s choosing our future SCOTUS justices, we should also be extremely concerned about who’s appointing judges to the lower-level federal courts. Trump has already stacked the federal courts in Texas, and across the country, with judges. But if he serves another term, the damage will be too great to rectify.

In addition to the federal courts, our state courts make decisions about major issues impacting Texans. Just this year, the Texas Supreme Court ruled on a vote by mail case that could have given all Texans access to mail-in voting during the coronavirus pandemic. Unfortunately the court, made up entirely of conservatives, ruled that fear of COVID-19 was not a valid excuse to vote by mail, forcing Texans to risk their health and safety in order to vote.

Democrats have not won a seat on the Texas Supreme Court in more than two decades, but this year, Texas Democrats reclassified the races as a “top-tier priority.”  These judges are elected, and we have the power to elect people who support our values.

Vote up and down the ballot.

Texans have an opportunity to put progressives in the judiciary by voting up and down the ballot, but in order to do that, we must do our research and show up to vote with a plan.

There are a lot of races on the ballot, and it can be hard to keep track of them all. Texas got rid of straight-ticket voting, so before heading out to vote, we recommend either printing off a sample ballot, or writing down the candidates you intend to vote for. Vote411.org will create a sample ballot using your address, and provide information about the candidates running in each race. You will be allowed to take a sample ballot or a piece of paper with you to use at the polling place, but you are not allowed to use your phone while voting.

Remember, we’re not just voting for a new president in November, we’re voting to protect and defend our democracy and our most basic human rights. That means we have to do our research and vote in every single race!