An ongoing list of Ken Paxton’s questionable, and quite possibly illegal, actions during the COVID-19 crisis 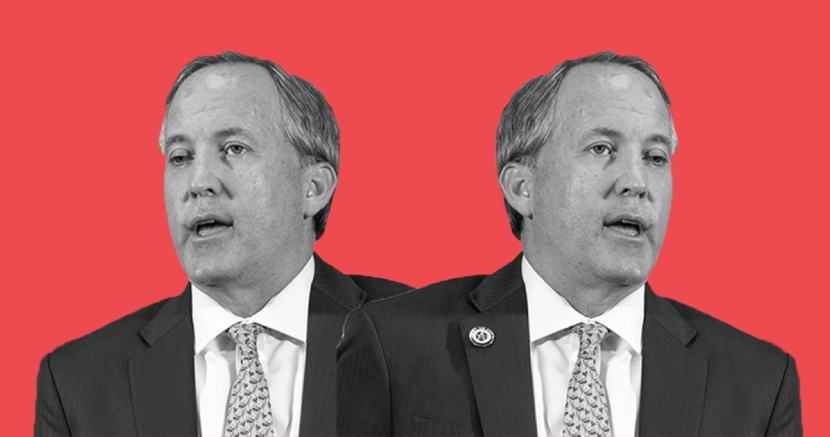 For someone whose job is enforcing the law, indicted-Attorney General Ken Paxton sure does like to flout it.

Close observers will know that Paxton has been under felony-indictment for nearly five years now, and his recent activities continue this trend. Maybe he thinks a pandemic gives him free rein, or maybe he thinks Texans are too distracted by this crisis to pay attention. No matter what he thinks, no one is above the law.

Here’s an ongoing list of Paxton’s questionable, and quite possibly illegal, actions during this crisis:

Recently, Paxton raised a fuss over a small county in the Colorado mountains that banished everyone but locals from traveling to the town to stop the spread of the coronavirus. But Paxton, who went to bat for Texas donors who own vacation homes in this Colorado town, tightened the screws on local officials with the threat of legal action. And an AP review of county and campaign finance records shows that Paxton’s actions indeed stood to benefit his donors and those close to him.

Legal experts say Paxton getting involved could deserve attention from Texas ethics regulators. If Paxton used his position to purposefully intervene to benefit a campaign donor (which it seems like he did), then that warrants an immediate investigation by the Texas Ethics Commission to determine if he violated state laws.

2. Paxton may have committed voter fraud.

The irony in all this is that widespread voter fraud is a myth Texas Republicans have used to suppress voters. Paxton is especially guilty of spreading that myth, and as it turns out, he may actually be guilty of voter fraud himself.

Paxton went against Sulak’s order that same day in a filing where he claimed that Sulak’s order was automatically stayed when he filed an appeal. Paxton also threatened to criminally prosecute local elections officials who use Sulak’s order to justify expanding vote-by-mail.

Voting rights advocates have now filed a complaint with the Dallas County district attorney, alleging that Paxton committed voter fraud in all 254 when he contradicted Sulak’s order because he intentionally misled officials.

3. Paxton meddled in a North Dallas salon owner’s case as part of a partisan PR stunt.

As part of a huge media stunt, Texas Republicans got involved in a Dallas salon owner’s case in which she was sentenced to seven days in jail for defying the state’s emergency orders and subsequent court orders. This was after she refused numerous opportunities from the judge to come into compliance with court orders. And it was a planned stunt, evidenced by the fact that a GoFundMe account was launched for the woman before she attempted to reopen.

Paxton penned a letter to the judge who presided over the case, chastising him for what seems to be following the law. This resulted in a letter from 12 state civil district judges in Dallas County reaming Paxton for violating the Texas Code of Judicial Conduct.

Says Paxton encouraging a judge to do such a thing violates Texas Code of Judicial Conduct. pic.twitter.com/4SUL1rXPXr

Paxton’s actions proved once again that he doesn’t care about breaking the law as long as it advances his agenda, or benefits those that are well-to-do and white.

4. Paxton used a pandemic to block abortion procedures for thousands of Texans.

In addition to all of this, Paxton exploited the COVID-19 pandemic by attacking Texans’ abortion rights. After Gov. Abbott issued an executive order restricting elective procedures in the state, Paxton put out a press release saying abortion qualified as an “elective procedure.”

With that simple press release, Paxton blocked abortion care for thousands in the state, resulting in a legal battle that lasted weeks. In the meantime, Texans were forced to put their health at risk and travel out of state in order to receive necessary care.

It’s clear that our indicted-Attorney General believes he is above the law.

During this global pandemic, instead of working to protect Texans’ health and safety, he’s continued to use his power to attack working Texans and protect his special interests, crossing both ethical and legal lines in the process.

Now more than ever, Texans need an Attorney General who fights to protect us all. Instead, we’re stuck with a criminal who continues to play politics and attacks Texans’ rights every chance he gets. Texans deserve better.