John & Brett: Birds of a feather do harm together 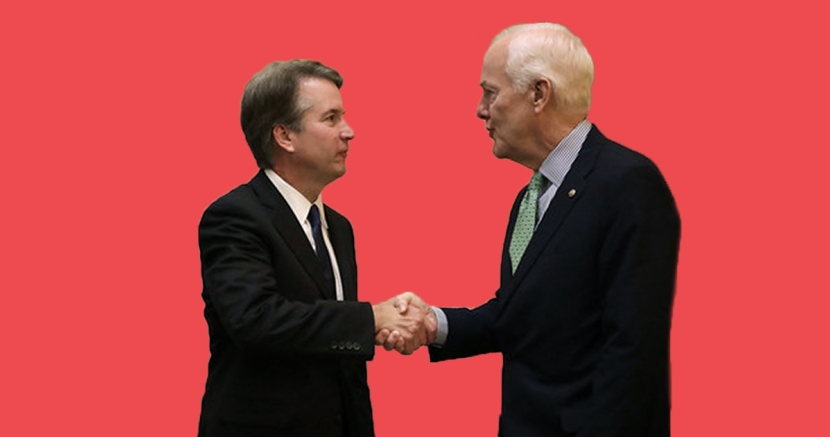 Tara Pohlmeyer
For those in the back: here’s one more reason Cornyn has to go in 2020.

United States Senator John Cornyn’s unwavering support of Supreme Court Justice Brett Kavanaugh, who faces multiple sexual assault allegations, is yet another reason why he is unfit for office.

The truth is Cornyn cares more about DC than Texas, and his support of Kavanaugh is no different.

The New York Times recently released a piece, previewing a book entitled “The Education of Brett Kavanaugh: An Investigation,” that details the experience of Deborah Ramirez, a former Yale student who attended college with Kavanaugh. Ramirez’s story was first made public during Kavanaugh’s confirmation process almost one year ago.

Ramirez’s experience with Kavanaugh is one of many similar experiences we’ve heard about sexual assault. Kavanaugh is a man who sits on our highest judicial court, but is unfit to do so. It begs the question: How many survivors must come forward against him to be believed?

Kavanaugh’s confirmation hearing and the lack of action on behalf of our lawmakers like Cornyn is a perfect illustration of why women don’t come forward more often.

She is absolutely correct. The only way to ensure an impartial and credible Supreme Court of the United States is for us to vote in 2019, 2020, and in every future election.

Spineless Cornyn has turned his back on Texas women and all survivors by supporting Kavanaugh. In 2020, we must get rid of him.