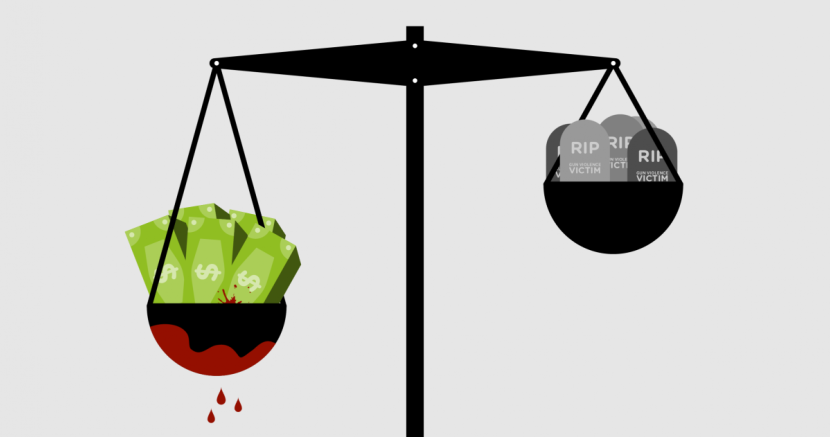 Wesley Story
It’s not too soon to politicize these tragedies. It’s too late.

Republicans often say it’s too soon to “politicize” mass shootings after tragedies like those experienced in El Paso and Dayton this weekend.

These requests not to politicize mass shootings shut down discussions of public policy solutions that could help prevent future incidents.

When thousands of people were killed in the attacks on 9/11, our country “politicized” the issue by going to war. Our government spent nearly two decades and trillions of dollars on the War on Terror. But now that white nationalists present one of the greatest terrorist threats to our nation, Republicans don’t want to get political.

These mass shootings need to be treated like what they are — acts of domestic terrorism. And they need the same kind of attention that previous acts of terrorism have received in our country.

Republicans are trading our lives for cash.

Every day, 100 Americans are killed with guns. Guns have killed more people in the U.S. than foreign terrorism. So why do Republicans refuse to take action?

The problem is not that Republicans think it’s too soon to politicize mass shootings. The real problem is that they know the only effective solution is legislation. Unfortunately, they’re being bought and paid for by the NRA and other gun lobbyists that oppose that legislation.

Ted Cruz ranked as the No. 1 recipient of campaign donations from anti-gun reform backers in the 2018 election cycle.

These Republicans go out of their way to block any progress on gun reform and pass laws that encourage further gun violence. They are more loyal to gun lobbyists than to their electorate.

Texas Republicans are not holding Trump or his supporters accountable for their racism and white supremacy.

We cannot talk about guns without also addressing the white supremacist in the room.

Not only are Texas Republicans complicit in refusing to pass any form of common-sense gun reform, but they are also responsible for allowing the white supremacist rhetoric espoused by Trump to continue unchallenged.

Cornyn, one of Trump’s biggest enablers in Texas, is on the ballot in 2020.

Cornyn opposes common-sense gun safety laws, supports anti-immigrant policies like building a wall, backs Trump for re-election, and has been silent about the president’s racist and bigoted remarks.

Even though many of our fellow Texans and neighbors have lost their lives due to gun violence, Cornyn has been unwilling to call out these domestic terrorist attacks for what they are.

We’ve seen too many lives lost to senseless gun violence. Thoughts and prayers won’t cut it.

Greg Abbott, Dan Patrick, John Cornyn, Ted Cruz, and every other Texas Republican lawmaker was elected to represent Texans, not the NRA. Their inaction on common-sense gun reform is inexcusable.

Discussions are not enough. We need our elected officials to act on life-saving, evidence-based gun reform, including universal background checks, red flag laws, repeal of open and campus carry, as well as bans on straw purchases, bump stock devices, and assault weapons.

To all Texas Republicans, either stand with Texans and stop supporting the NRA’s extremist agenda, or pack your bags and go home.

Texans are tired of watching our own get gunned down in their places of worship, on shopping trips, in their schools, homes, and any other place that is supposed to be safe. Our communities have been turned into war zones. We’ve had enough.