How a dangerous bill could harm voter registration efforts in Texas 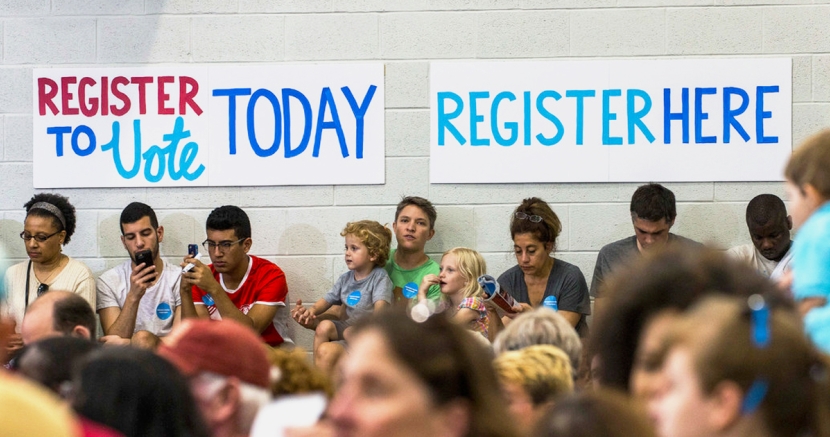 As a freshman in college, I became a Volunteer Deputy Registrar (VDR) in Travis County so I could start registering my friends and neighbors to be voters. I knew far too many of my fellow Longhorns weren’t getting registered to vote, simply because no one had asked them to. I knew I could make a difference just by showing up to help.

It’s a process hundreds of volunteers partake in over the years, giving of their time and energy to provide the ability to vote to those in our community who may otherwise be left behind.

Yet conservative lawmakers in the Texas Legislature want to make it harder for us to register our community to vote.

Senate Bill 9, which was previously passed by the Senate and is now making its way through the House, serves no other reason than preventing eligible voters from voting and creating a culture of fear around elections.

One of the most sinister components of  SB 9 is a clause that would raise criminal penalties on those who make simple mistakes on a voter registration form. Having registered hundreds of young folks to vote, I can tell you that mistakes happen all the time. Wrong addresses, incorrect zip codes, and other minor errors riddle our forms. It happens.

Or take, for instance, a transgender individual who lists their gender identity on their registration application, but has not gone through a technical court procedure. Under SB 9, they could be making a “false statement.” This would further marginalize a group that desperately needs to have their voice heard in our elections.

We have a hard enough time convincing people to register, why would we add the threat of jail time for an honest mistake to the mix?

In a state with some of the most abysmal voter turnout rates in the country, lawmakers should be doing everything they can to encourage a culture of voting, not instigating fear.

You might be asking yourself, “Why are lawmakers doing this?” (I’ve been asking myself the same every day.) And the answer may even be more sinister.

Conservatives love talking about “voter fraud,” even though they rarely have evidence to back it up. This could be another case of inventing instances of voter fraud to support their talking points.

Studies show that voter fraud is a manufactured problem. What is so often reported as fraud, is pure confusion at a system designed to deceive those out of power. This has a disproportionate effect on the elderly, people of color, and low-income folks – communities that already face an uphill battle in the fight for voting rights.

By tightening the rules, by criminalizing honest mistakes, conservative lawmakers are trying to create instances of voter fraud to further their dangerous narrative. They could use these phony examples to further restrict access to the ballot box for innocent Texans.

Conservatives don’t like the facts, so they’re rigging the game in their favor and advancing voter suppression in the process. As a VDR, this is unacceptable.

Tell the House Elections Committee to stand up to the assault on voting rights and vote NO on Senate Bill 9.