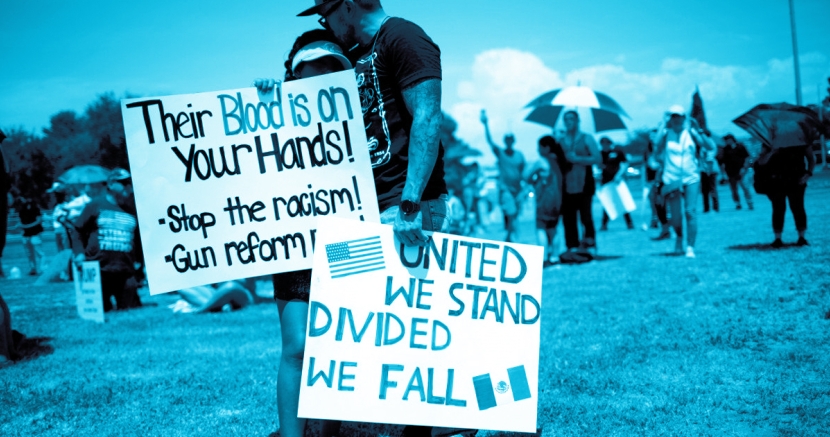 Hey Texas Republicans, the words we use matter

Texas Republicans are just as responsible for the violence we’ve seen against immigrants and the Latinx community as our racist, white supremacist president.

Texas Republicans have been putting immigrants and the Latinx community in danger with their rhetoric for years.

They know that inciting fear and stoking the flames of white supremacy ramps up their base, so they use the type of language that will do just that.

This rhetoric, amplified by Texas Republicans’ platforms, makes for a dangerous combination and influences public sentiment.

A particularly horrible example of this was in 2014 during a televised debate, when Lt. Gov. Dan Patrick called the influx of immigrants to Texas an “illegal invasion” and said immigrants bring “Third-World diseases.”

This “invasion” language has since been used by Trump and other Texas Republicans. Fast-forward to the El Paso shooting, and we come to find out that the shooter’s manifesto echoed that same language.

The fact is, the Texas GOP’s history of racist, anti-immigrant rhetoric predates Trump and makes them just as at fault for these acts of violence as our president.

If you need more proof, here are a few other examples of this from years past:

On numerous occasions, Texas Agriculture Commissioner Sid Miller has helped to advance Islamophobia in our state. He once compared Syrian refugees to rattlesnakes and another time joked about making peace with the Muslim world by dropping an atomic bomb on them.

In 2017, on the last day of the Texas legislative session, a Republican state representative said that he would call ICE on Capitol protestors (without knowing their status), and then said he’d “put a bullet in your head” to a Democratic legislator.

And the list goes on. Here in Texas, there have been far too many instances of racist, anti-immigrant rhetoric from our lawmakers. And over time, that rhetoric helps to fuel hatred and violence.

This is not something that should come as a surprise to Republicans, but apparently, it bears repeating until they get it through their thick skulls: WORDS MATTER. And they can have major consequences.

The fact is, Latinx people make up a growing majority in our state, and 1 in 3 Texans is an immigrant or a child of immigrants. When Abbott and other Texas Republicans use this divisive, dangerous rhetoric as a weapon, they are directing violence at other Texans.

We need lawmakers that represent us, not lawmakers whose words help to incite violence against their own people.

In 2020, we’ll have the opportunity to elect more Latinx people to office and get rid of Republicans who are choosing to put brown people’s lives at stake for money and votes from white supremacists.

Together, we’ll hold Republicans accountable at the polls and change the face of power in our state.

The Black history of reproductive justice
6 days ago

Gov. Abbott and conservative ideology left Texans in the dark